Too Much Too Soon? When to Upgrade to a Bigger Sportbike 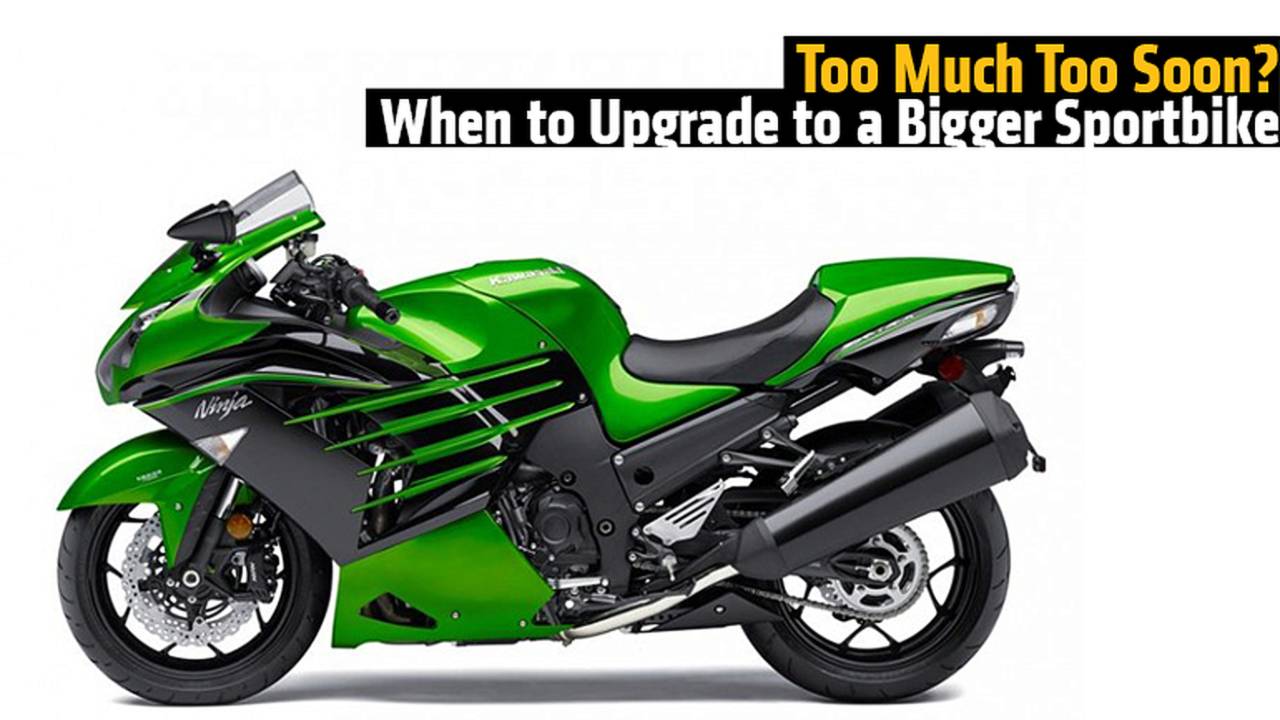 Of course, the answer to the question, when you should upgrade to a bigger sport bike, is subjective. Some people start off on 1000cc motos, and for others it isn’t a problem to hop on to a bigger bike after a few months riding a smaller displacement one. But for anyone who asks me my opinion on the matter, I just tell them my story since it’s the case of too much too soon. I took the MSF course in August of 2011, and soon after purchased a 2009 Kawasaki Ninja 250R in September. It was a clean bike, however it was black. As a noob and coming fresh from the MSF course, I was a bit worried that I wouldn’t be visible to other drivers, but in the end it was fine. What was a more dangerous than the color of the bike was that I didn’t have head to toe gear—I had a Bilt helmet, dirt bike gloves, jeans, and Steve Madden boots when I started riding. How I would have chastised myself then.

I would say I was a complete squid here. However, today I view this is totally unacceptable riding gear

What’s important to note is that I lived in New Orleans, LA at the time. So all the roads I learned riding on were flat, temperatures in the area were suitable for Satan, and there was absolutely no lane splitting. Even though my gear was scarce, I was actually better off than most who rode around in a wife beater, shorts and sneakers.

The good thing about not being able to lane split was that I was able to learn how to smoothly get out of 1st gear and learn how to use the brakes. This was a slow process, and one I didn’t have down entirely, but ignored it and I hopped on the interstate for the first time less than a week of having the ninja...while it was raining cats and dogs. Let’s say I was a little too adventurous at the time.

READ MORE: Learning How to Lane Split in One of America's Most Congested Cities | RideApart

I moved to California in November that year and didn’t get settled in with the bike until January 2012. That month I also joined a group ride meetup. I realized not only was I the one with the smallest bike there, but also the least experienced. However, I managed to keep up on my little lawnmower—always the last bike—and managed not get left behind and lost.

I tried to keep up with the bigger, more powerful motos!

After two months of California riding, I knew I was going to get a bigger bike eventually, but due to finances, I figured it would be at least a year. Bummed about the thought, I decided to play pretend and headed over to a dealership where they sold Kawasaki, Suzuki, and Honda motorcycles and sat on a few bikes. Prior, I barely even sat on a big sportbike, so I really wanted to get a feel of the different styles these brands had to offer.

Well, as you probably already guessed, this wasn’t a great idea. The salesman approached me, trying to sell me on the Suzuki GSX-R. Of course, he didn’t need to sell me on it, I wanted a big bike, but felt I wouldn’t get approved for the financing. But I somehow did, and I forwent the GSX-R600 because I wanted a black bike, and that color was only available on the GSX-R750s.

I’m now on a brand new Gixxer 750 in the parking lot of the dealership and didn’t really know what to do—it was like I all of sudden forgot how to ride a motorcycle. Even just gently rolling on the throttle intimidated the hell out of me, but I went forth to hit the roads. And again, as you already guessed, it didn’t go so well. Getting on the throttle or stopping the bike went okay, but where I failed was at counter-steering the bike, twice. Yes. My friend and I took a wrong turn twice, and I laid my brand new 2011 GSX-R on the road twice. The second time I was livid with myself and started throwing my gear like my gloves and jacket before sitting down on the side of the road and pouting like a toddler (I know, #firstworldproblems).

A picture of my Gixxer when I first bought it (and after my first ride on it). Thank goodness for Instagram filters— there were a few scratches on the bike that are hardly noticeable in this picture.

I simply didn’t have a good feel for the bike, it was definitely more top heavy the ninja 250 so, of course, I made a counter-steering fail. As a result, I scratched up the fairing and broke the brake lever to my brand spanking new motorcycle. I went back to the dealership afterwards to buy a new lever and everyone there felt bad for me.

So hopefully I didn’t bore you too much with my story, but it’s important that I tell it so you can get an idea of where you are in your riding—especially if you're pretty new to riding and dying to get off the little displacement bike.

Ultimately, you don’t want this to happen to you because it’s dangerous. I was lucky that I only hurt the bike and not myself. Don’t look into a bigger motorcycle until you’ve done the following:

1. Proper gear. Being a squid isn’t doing you any favors. That’s the only thing I did right after I bought the bigger bike—invested in head-to-toe gear to along with it.

2. Parking lot drills. There are advanced track classes I’ve been to where they still stick you in a parking lot prior in order to work on skills like trail braking and counter-steering. It's crucial to constantly work on the basics when you find an empty lot.

3. Feel confident and comfortable. I thought I was confident on the ninja, but looking back on it, I realized there were situation where wasn’t smooth on the brakes or letting out the clutch.

4. Ride, ride, ride. Going off number four, in order to feel confident you need to ride—new routes, old routes, on the track, on the dirt and everything in between.

5. Go with someone. A noob mistake a made was going to roads in the middle of nowhere outskirts of New Orleans. Oh, how I would have chastised myself again back then. If I would have gone with someone from the beginning, I would have been able to know when I was riding over my head from the get-go.

While look what we have here. Head-to-toe gear (hey, that rhymed!)

So you did all of the above and are now sitting high and mighty on your new bigger cc bike. What should you do now? Repeat steps one through five mentioned above, that’s what. You are now on a unfamiliar piece of machinery that you must learn and master. I’m convinced there’s no cap to getting better at riding.

This isn't by any means an all inclusive list. Anyone have some additional pointers to add for anyone looking to go big?