Ask Rideapart: I'm Pregnant! What Do I Do With My Bike? 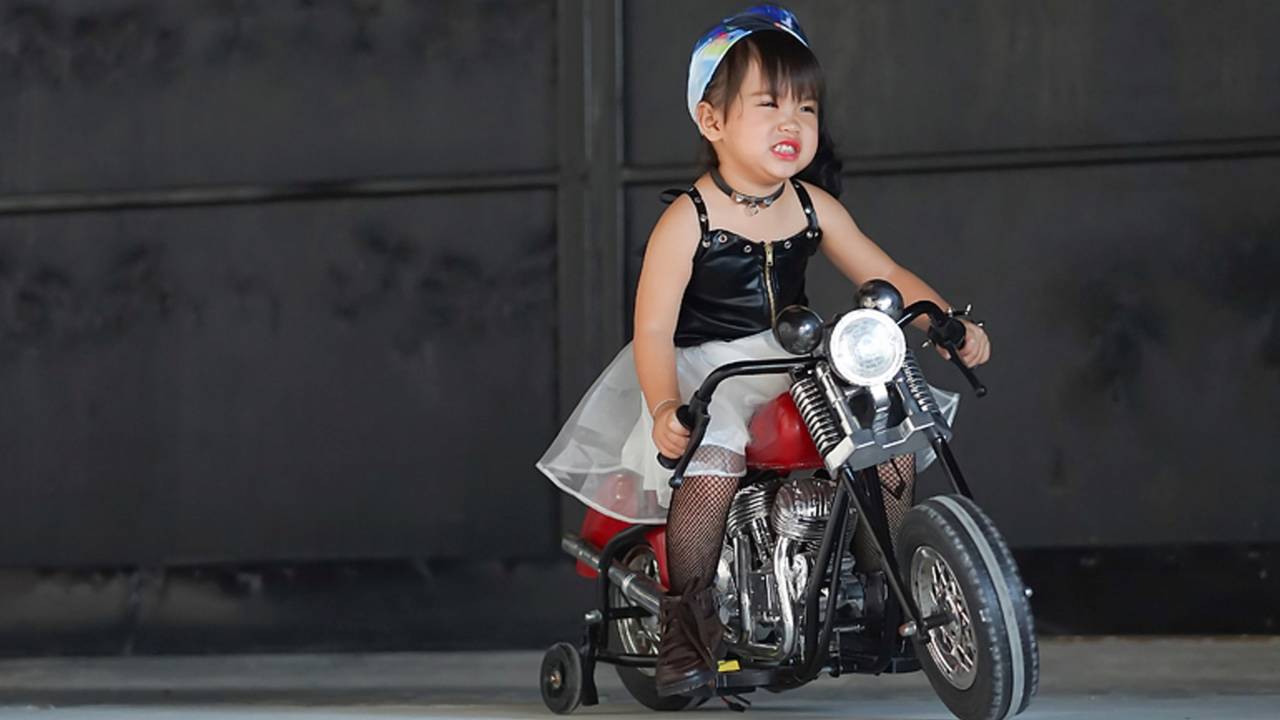 A reader wrote in to ask what she should do with her bike now that she's pregnant. The RideApart brain trust was more than happy to give her their opinions.

We get a lot of mail around here, and surprisingly it's not all bills, spam, and hate mail from Harlistas. Sometimes it's actually friendly letters from readers who need our advice. Since we here at RideApart are experts on, well, everything and love to give advice, this is our favorite kind of mail. Recently we got this letter from a reader named Meg who, thanks to a recent development, needs some advice on the future of her motorcycle.

I never thought this would happen to me but...I'm pregnant! While this is great news, it does put a crimp on my riding. I don't want to ride while I'm pregnant, and I shouldn't be riding any time soon after the baby's born. So here's my question, should I store my bike (a Yamaha Bolt, if you want to know) for the next year or two, or should I sell it and buy something else later once I can ride again?

Oh, wow! Congrats, Meg! First off, let's get this out of the way right now.

Now on to your question. Sounds like you have quite the dilemma on your hands. To help you out we've gathered up the best and brightest minds in the office (and Jason) to give you just the right advice. So, without further ado, let's get to it.

Congrats on the new baby! So, after weighing the pros and cons I've come to a conclusion—you should sell your bike.

Having spent the better part of the past two years putting things in storage, I’ve come to a simple realization: if you can live without it for anything more than a year, you could probably stand to get rid of it. While I want each and every one of you reading to ride and be part of the riding community, storing bikes for the long term isn’t ideal.

Should it stay or should it go?

There are so many small things that add up to bigger issues when vehicles sit unused for awhile. Ultimately when you’re ready to ride again, you’ll spend quite a bit of time—and likely money—bringing the bike up to spec.

Unless your Bolt has some deep sentimental value to you, I’d recommend putting it up for sale knowing that you’ll buy another down the road when you’re ready to ride again. Not only will you free up the cash tied up in your current bike, you’ll have another shot at picking out a new bike when you’re ready to ride. Heck, who doesn’t love bike shopping! We’ve even got a few  guides about it.

In the meantime, get your last rides in, and then prep your bike for sale. If you’re wondering how best to sell a bike, we’ve got you covered there too.

Hey Meg! Congratulations on the the baby. As a parent myself, let me tell you that parenting is pretty rad. It's also super infuriating and you'll find out pretty quick that kids are lucky that they're as cute as they are. Now, as for your predicament, I'm gonna be honest with you—I'm on team "sell the bike."

Like Kanishka said, storing a bike for longer than a winter takes a lot of work and the payoff at the end is often not worth the effort. Without jumping through a lot of hoops you could end up with rust in your tank or flat-spotted tires, not to mention the regular seal hardening and all-around degradation that happens to a bike in storage. Bolts are rad and all, but they're ultimately pretty replaceable.

That said, selling the bike is only the first part of my advice. You know what you should do? Sell the Bolt and use that money to buy... a Ural! No, seriously! I firmly believe that any model Ural makes an excellent parent bike. It's stable, durable, is more easily seen than a bike, and, well, sidecar. The sidecar is totally big enough for a car seat and a big stroller, and you can keep the diaper bag and all the other baby accoutrement in the sidecar's trunk. Urals are also waaaaaaaay cooler than minivans or crossovers or whatever it is that modern parents drive. It's really the best of both worlds.

This could be you!

So, yeah. Dump the Bolt and buy a Ural. You can thank me later.

Congratulations on creating a tiny gearhead, Meg! A lot of female riders are faced with the existential dilemma when the cycle of life interferes with their hobby: what to do with the set of wheels. Storage isn’t kind to motorcycles, but there are ways to make it a viable option.

The real question is whether it’s worth it because let’s be honest here: we like to think that we’ll jump back in the saddle as soon as baby gearhead has taken his first breath of fresh air. Chances are, however, that riding will actually take the third-row seat in the minivan of your life, between the folded stroller and the playpen. It might be a few more years before you straddle your Bolt again. Isn’t this the part where we all wish they made motorcycle baby seats and helmets?

A BABY: How to Convince Your Parents to Buy You a Motorcycle

The adult decision would most likely be to sell the bike. Sad trombone, but yay, extra diaper money! Consider this: as sad as that “For Sale” sign will look, it will amount to a few hundred dollars more in your pockets every month that you’ll be able to reinvest into formula, baby clothes, or bottles of wine.

Should you decide to store the bike, unless you plan on letting it become a museum piece—and trust me, the demand for Yamaha Bolts in museums isn’t very high—it will still need a bit of TLC. I get it, feelings can get in the way and to some riders, the motorcycle is a member of the family, next to the dog.

Don't let this happen to your beloved bike!

If you choose long-term storage, we have a few tricks to prep your ride for its nap.

Still torn between putting baby in a corner or selling it away? You could always ask a trusted rider to take it out for a spin every so often—or all the time. I’m sure anyone with a motorcycle license would be willing to play sitter to your bike. I know I would. I’m free on weekends and nights, by the way.

Hope this will help you make an informed decision regarding your Bolt. And whatever choice you make, you will always be a rider at heart, bike or not. Happy parenthood!

First off congrats. To be honest with you I have mixed feelings about your situation. The rider in me says keep the bike. After all, Melissa Paris recently raced while she was pregnant. However the reality is your life is almost certainly about to undergo some enormous changes and who knows where your priorities will lie in a year. Having a kid is a major game changer (...obviously).

Ultimately I think it comes down to whether or not you have the financial luxury of keeping the bike. If you do (and it sounds like you do), I would suggest putting it into storage or whatever, and then reassessing the situation down the road. You'll still have the option to sell it, but you'll be able to make a more informed decision at that point.

Also just an FYI, you can pickup a cheap kid's bike for a few hundred bucks on your local craigslist and kids gear is also pretty inexpensive. Riding is awesome, share it with your kid (when the time comes and assuming they enjoy it).

Best of luck with everything!

So there you have it, Meg. We hope we answered your question, or at least gave you something to chew on. Good luck with the baby, and if you have time (spoiler alert: you probably won't) drop us a line and let us know what you decided.