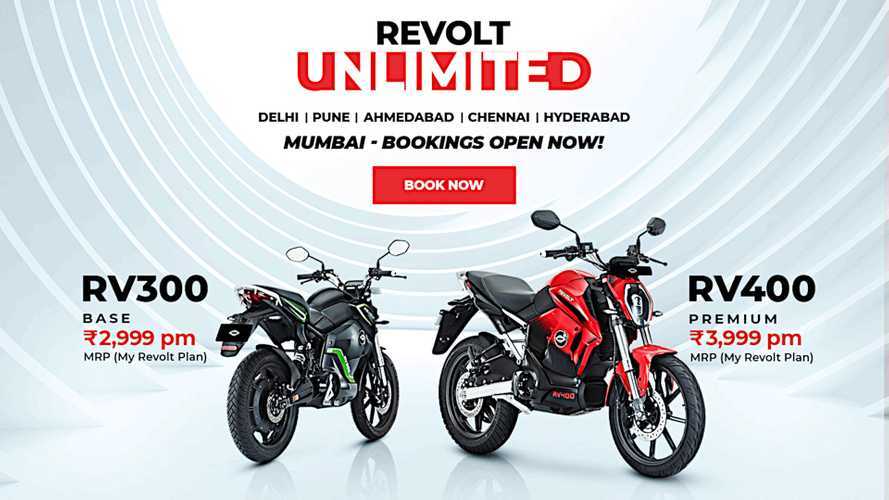 Will this help more riders make the switch from piston bikes?

Electric motorcycles represent an interesting world of possibilities, but they’re not exactly cheap. As technologies and manufacturing capabilities advance, prices will come down to levels that more people can afford—but all that takes time. What if you want an electric bike right now?

That’s the problem Indian startup Revolt Intellicorp hopes to solve. Its basic plan for electric bike adoption and ownership is what founder Rahul Sharma refers to as “motorcycle-as-a-service.” Under the My Revolt Plan model, there’s no such thing as a “down payment,” or even separate insurance or maintenance costs. Instead, you pay one monthly fee, and that takes care of everything related to your new electric Revolt. After three years of payments, customers own their bikes outright.

This company, by the way, is not to be confused with either the Texas-based ReVolt Electric Motorcycles or Israel’s Revolt Motors, which makes electric motors that it sells internationally. Revolt Intellicorp just opened its first branch in Mumbai in August, 2020, and it already has showrooms in Delhi, Pune, Ahmedabad, Hyderabad, and Chennai.

This Electric Flat Tracker Concept Is Both Futuristic And Classic
++