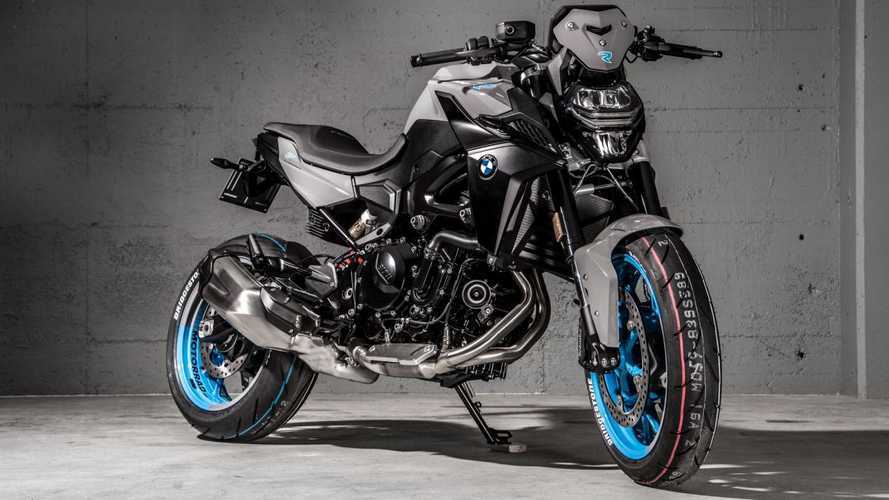 A contrasting color scheme that makes the bike look even more aggressive.

The BMW F 900 R, along with its sport touring sibling, the F 900 XR, have made waves in the motorcycle industry since being launched several months ago. Occupying the middleweight space in BMW’s lineup, they serve as great all-rounders with reasonable grunt and outstanding performance. Just a couple of days ago, my next door neighbor took delivery of a brand new F 900 R finished in blue. Needless to say, its sharp look complemented by its chiseled bodywork and menacing stance give it a thoroughly aggressive aesthetic even in stock form.

In Switzerland however, VTR Motorrad, the official distributor of BMW Motorrad, has created a custom F 900 R dubbed the F 900 R Nardo-Blue. Judging from its name, I was expecting to see a smurffed-out version of the aggressive naked bike. But boy oh boy, what a beauty this bike is. Featuring mostly standard components found on the F 900 R, the Nardo-Blue’s color scheme is what really brings the bike to life and makes it stand out from the crowd. The bike is finished in mostly matte black and gray tones with sharp and contrasting blue accents. I particularly like the blue accents on the wheels.

The design of the bike entailed the replacement of all silver painted parts in favor of matte black components. The tail section was also revised, and a neat tail tidy was fitted to give the bike a sportier aesthetic. Other components were also repainted, such as the exhaust and passenger grab bars. All these were finished in matte black paint.

As far as performance goes, VTR Motorrad left the F 900 R almost completely stock. Apart from the custom paint scheme and tail section, the Nardo-Blue custom is an all-stock bike which retains its factory warranty. Showcases at the Swiss Moto Show, the F 900 R Nardo-Blue was priced at €14,860, or $16,610 USD—nearly €3,000 more than its base price, and was immediately sold. For those looking to buy a bike decked out in similar trim as the custom Nardo-Blue, VTR Motorrad is open to accepting custom jobs for the F 900 R, as well as other BMW motorcycles they have on sale.