After The Ninja And The Z, Is The Kawasaki Vulcan H2 Next? 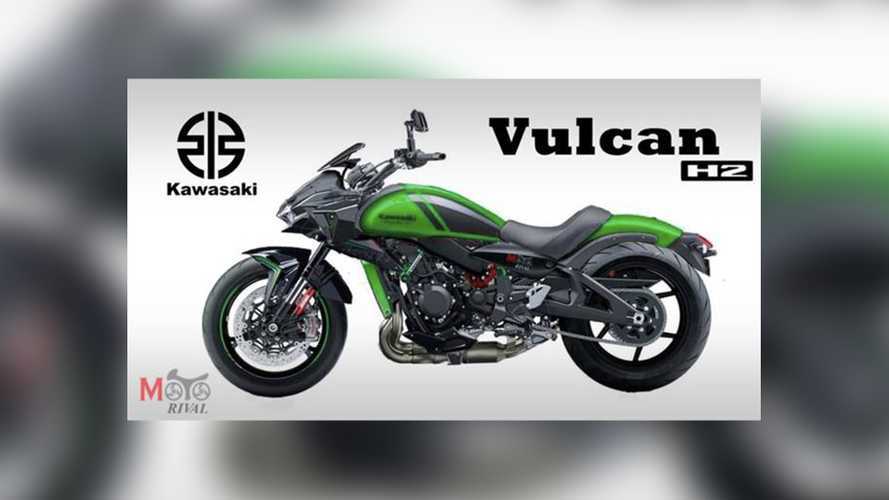 The God of Fire is getting a boost.

In 2015, Kawasaki introduced its first modern-day supercharged motorcycle, the Ninja-based H2. Four years later, the Z H2 hypernaked followed. What will happen next? After all, developing a new engine takes time, R&D, and funds, so when a new block is created, it makes sense for manufacturers to take full advantage of its potential. So, will Kawasaki simply stop there or will find other applications for its forced induction mill?

The answer to that could be the latter. Rumors from Japan suggest that Kawasaki could be about to shake things up in the power cruiser segment, supercharger style.

According to Japanese site Young Machine, there is apparently a Vulcan H2 in the works at Kawasaki. The model would, of course, use the same 998cc supercharged inline-four as its Ninja and Z siblings.

The speculations about a Vulcan H2 are connected to the rumor that Kawasaki is planning to overhaul its Vulcan lineup altogether. Considering the manufacturer would likely have to rethink the chassis to accommodate the supercharged engine, timing the new H2’s development with a lineup upgrade all makes sense.

Thai site MotoRival produced a render of what they imagine the Vulcan H2 would look like. Silhouette wise, the design seems inspired by the Vulcan S with the single-rider saddle, tear-drop tank, and elongated handlebar but the headlamp cluster is clearly borrowed from the Z H2 which creates a weird blend of modern and more classic lines.

This is only speculation as Kawasaki has neither confirmed or denied the rumor. According to Indian Autos Blog, if the manufacturer really is working on a (super)powercruiser, chances are we won’t see it for another couple of years. Whether you like powercruisers or not, the notion of a supercharged model is admittedly something we can be curious about.