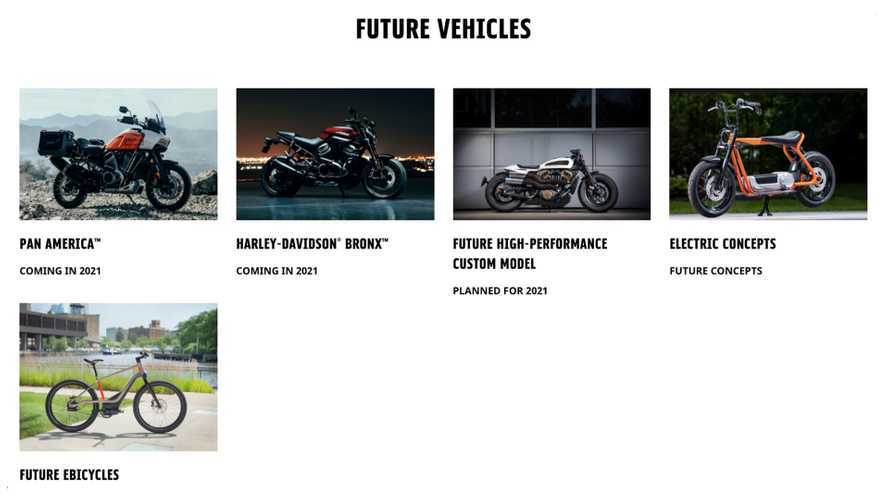 Those excited about the two new models will have to wait a while longer.

Between the game of musical chairs among the leadership, plunging sales, CEO nominations drama, and a completely overhauled roadmap, Harley-Davidson is aggressively shaking things up to try and get back on track. One of the Board’s most recent moves has been to introduce its new “Rewire” corporate strategy.

Part of the previous “More Roads to Harley-Davidson” plan set into motion in 2018 included the introduction of new, outside-the-box models. That’s when we got our first look at the Pan America and the Bronx. The new models were set to launch in 2020 and while we had yet to see their final version, Harley claimed it was on track for the debut. Until it wasn’t. With a new strategy comes a new timeline and the Pan Am and Bronx are now being pushed back.

At the end of April 2020, Harley-Davidson announced the introduction of its “Rewire” strategy, scrapping former CEO Matt Levatich’s vision based on drastic innovations and replacing it with a more conservative approach. Harley is going back to basics and stepping back into its corporate comfort zone where the customers are Black and Orange at heart and already willing to throw their money at their favorite brand. The whole “let’s brings new riders in” spiel hasn’t been entirely dropped but the guidelines to make it happen are blurrier than ever.

Now, the keen eyes at Bike Social have spotted that the Pan America and Bronx’s launch has been rescheduled for 2021 on Harley-Davidson's future models' page.

To be fair, the Rewire strategy did include a clause about rescheduling launches to better align with the riding season. For the past few years, Harley has been making its big announcement and unveiling its updated lineup toward the end of the summer, when the riding season is winding down for Northern dwellers. It would, therefore, make sense for the two new models to launch at the beginning of the new year instead and get a chance to tour the North American motorcycle shows—provided that’s what “coming in 2021” means.

Hopefully, that’s the plan because keeping people interested in a pair of models you’ve been hyping for well over a year could be a challenge if the launch is further delayed. The company also plans on unveiling a high-performance “custom model” and an electric bicycle in 2021. Looks like Harley has a busy year ahead.