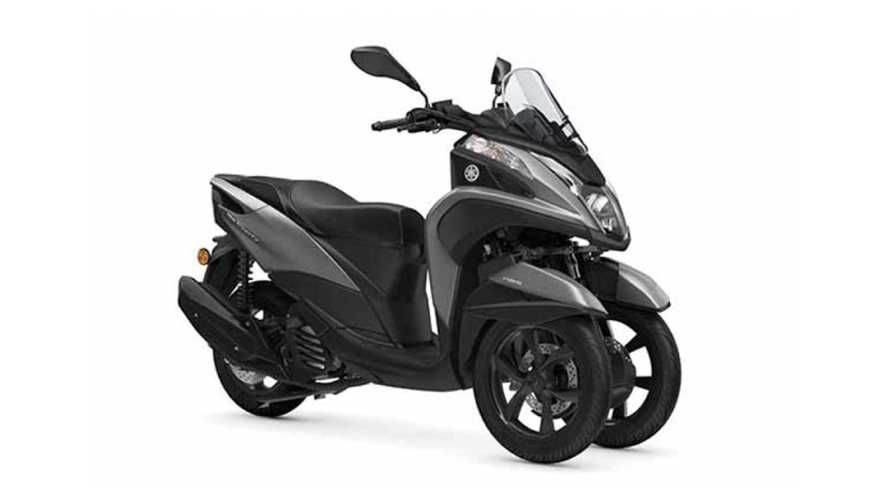 The fact that it has three wheels doesn’t mean it isn’t a scooter.

Yamaha is well known for pushing the envelope when it comes to design. Although a three-wheeled setup similar to the Tricity is not a totally new concept in the motorcycle industry, Yamaha still stirred the pot—and continues to do so—by being the only one among the big Japanese manufacturers to produce such a quirky model. Not to mention it’s monstrous triple cylinder cousin, the Niken.

First introduced in 2014, the Yamaha Tricity features a unique and innovative three wheel setup. With two wheels up front, and a single wheel at the rear, the scooter makes use of Yamaha’s innovative Leaning Multi-Wheel technology or LMW. In the Asian market, the Tricity was most popular with a 125cc engine. However in other markets, its 292cc sibling, the Tricity 300 was more sought after.

The 2020 model year ushers rather substantial updates to the well-loved Tricity. Chief of which would be a significant bump in displacement. The 2020 Tricity now comes with the Blue Core 155cc engine—Yamaha’s most popular low displacement mill. You’ll find this little banger on all sorts of different bikes ranging from the baby sportbike, R15, to Yamaha’s latest dual sport, the WR 155.

This particular engine has become very popular for a reason. Apart from being incredibly efficient and cheap to maintain, it produces significant power—enough to get you to where you need to go within the city rather briskly with 15 horsepower and 14 Nm of torque. It does this by way of its single forged aluminum piston which sits snugly inside an all-aluminum die case cylinder (DiASil). The new Tricity also comes equipped with ABS mates to a unified brake system which actuares both the front and rear brakes with a single lever pull.

Among the extensive list of updates is a full LED lighting setup, and all digital instrument panel. The Tricity retains its spacious cargo storage under the seat as well as its approachable seat height of just 765 mm. Cubby holes on the front section of the scooters are also retained and come with a USB power socket for charging your mobile phone or other devices.

As far as color options are concerned, the 2020 Tricity 155 is available in three colorways: Blueish Gray Solid with matching blue wheels, Matte Gray Metallic, and White Metallic. Priced rather higher compared to scooters of similar size at ¥484,000 or around $4,600, this price point is rather justified given the amount of tech this quirky little three wheeler offers.