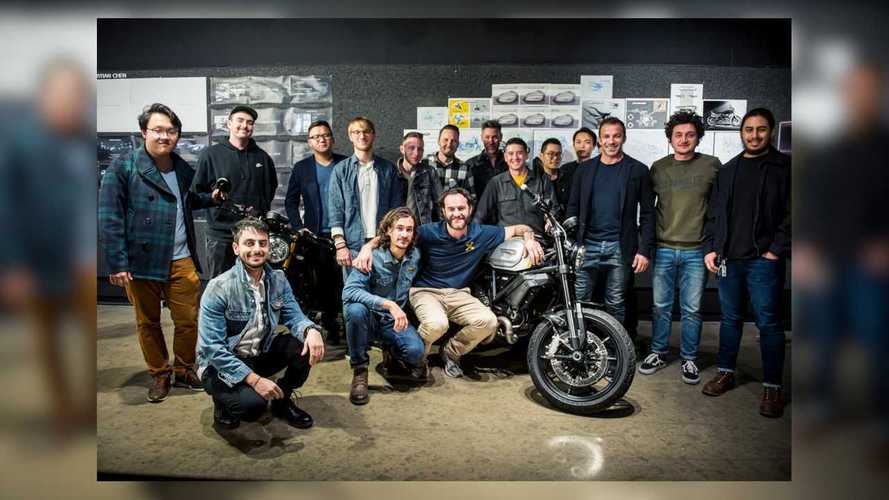 On February 8, 2020, Ducati brought its newly unveiled Scrambler 1100 Pro and 1100 Sport Pro to the ArtCenter College of Design in Pasadena, California, for a special master class design workshop. Students, journalists, and fans were all invited to check out these two new models up close and in person—with a special program announcement later in the day.

In Other Design News:

To say that design is of utmost importance to Ducati is not unlike observing that water is wet. This school has produced some incredibly influential industrial and automotive designers, from Henrik Fisker to Willie G. Davidson to Chris Bangle. Ducati itself has special ties to the ArtCenter College of Design—Monster designer Miguel Galluzzi is one of the school’s many illustrious alumni.

This collaboration was no surprise, and neither is the unique opportunity that Ducati also announced that day. Students have been invited to design the Scrambler of the Future. According to the team from Bologna, the most original proposal will score that student a place at the Ducati Design Centre for an internship. I don’t know about you, but if I was one of those students, I’d probably be losing my mind with excitement about that opportunity.

If that’s not enough excitement, Scrambler 1100 designer Jeremy Faraud was on hand to lead the design discussion and analysis at the event, and he and other Ducati designers will confer amongst themselves before choosing the winning student proposal to offer that internship. A second “training and meeting event” will be held in Bologna in March, which will involve several important Italian design institutes. It’s unclear if that event will also result in a student’s recruitment for another internship as well, but surely more information will be available closer to that event.

Both Ducati Scrambler 1100 Pro models will hit dealerships across the U.S. in April 2020, so even those of us who aren’t design students don’t have long to wait.