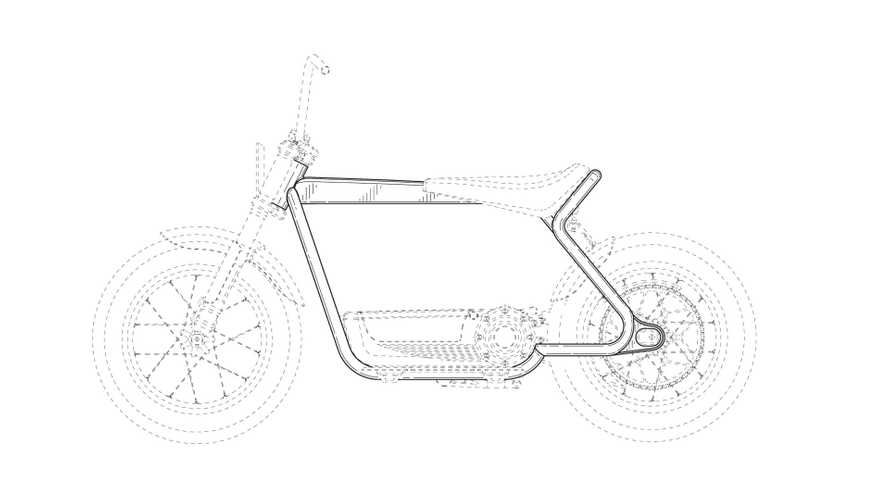 They certainly appear to be!

CES 2020 wrapped last week, so it’s kind of fitting that almost exactly a year after Harley-Davidson first introduced its electric scooter concept at last year’s event, we’d have our first glimpse of the official design filings. The Motor Company registered its designs on October 23, 2019, but they weren’t fully published until January 10, 2020. Let’s take a closer look.

The Throwback Nobody Wanted: Return Of The Harley Scooter

The frame, as was clear in the 2019 concept version, is almost a parallelogram. I’ve never been a math teacher, but if I was, the fact that it’s so close but not quite there would probably make me scream. Up top, we have a confidently perched saddle that’s wide at the back and narrows at the front, allowing for the very upright ergonomics that are typical of most modern scooters.

Down below, we have the electric motor, which sits just atop the very bottom part of the quasi-parallelocradle. This region is also presumably where the battery will mount, although it’s not immediately clear in these designs.

Some other writing about this scooter has noted that it’s going to be belt-driven, which is pretty standard among Harley’s motorcycles. While that’s certainly true, let’s not forget that it’s also the case with most modern gas-powered scooters, as well. Having changed scooter belts a few times now, I can assure you that it’s exactly as much fun as you think it is.

Many step-through scooters also have floorboards—another area where they’re similar to some big Harley motorcycles. However, Harley-Davidson seems to have split the difference here with this electric design. While you do get floorboards, it’s not a step-through, because of the sleek, minimalist paralleloframe.

How will it perform amongst scooter enthusiasts? It’s an interesting, inviting design. On its own, as a design, I’d say it could stand a decent chance if it’s priced fairly, if availability is good, and if Harley dealers don’t get smarky with the scooterists who want a closer look in showrooms.

A lot of modern scooters either feature super-retro styling, or else are very modern—but are not necessarily futuristic. This Harley design sits closer to the future edge of that design spectrum, which I think could be very appealing to some scooterists. It may even appeal to some people who’ve never ridden anything with two wheels before, which is pretty compelling.

It looks closer to a slightly chubby bicycle than pretty much anything else, and I think that might make it look non-threatening to people who might otherwise find motorbikes intimidating, or think that they’re too dangerous. It seems like a pretty smart design for city commuters, in particular. Please keep in mind that I’m saying that before we have any details about range, price, or any of the important stuff, so that opinion could well change once the reality of this scoot rolls in.