Would You Buy Your Child A Dirt Bike From Walmart? 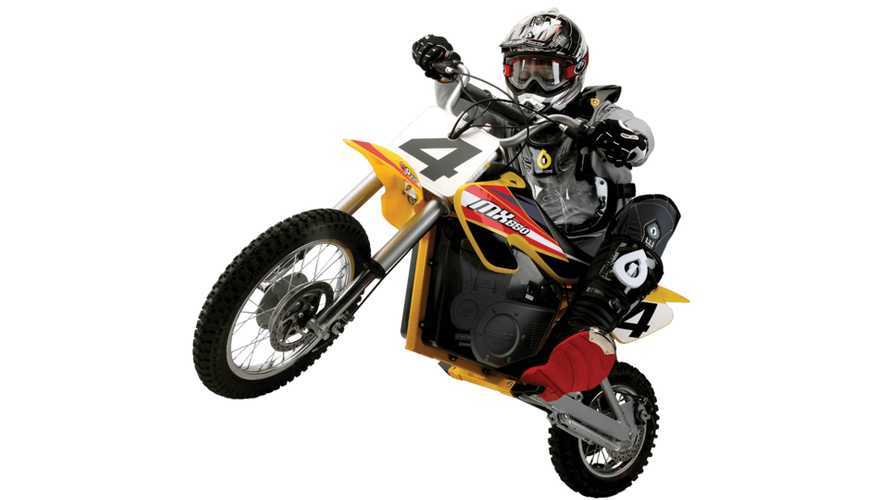 Winter is one of the best seasons of the year. We eat too much, we buy too much, and if we’re lucky, we get a new toy—or two—in return. While a full-sized motorcycle was a bit too expensive to make our holiday gift guide, we think a minibike would be more feasible, especially at a reduced price. With Black Friday just around the corner, Walmart slashed the $729 MSRP of the Razor MX650 Dirt Rocket to $500. Question is: would you trust the safety of your child to an electric dirt bike from Walmart?

Known for its ubiquitous push scooters, Razor recently ventured into the electric mini-bike market. From the naked bike-inspired RSF650 to the smaller dirtbike models like the MX400 and SX500, the company offers a full range of two-wheelers for tykes. While the Dirt Rocket moniker sounds inherently dangerous, the figures point to a tamer disposition.

With a 650-watt motor, the elfish e-bike produces a comforting 0.9 horsepower. While that sounds infinitesimal compared to today’s superbikes, the MX650 can still reach up to 17 mph so parents should definitely invest in safety gear as well. With the top speed in mind, the Dirt Rocket is suited for children 10 and up. However, the bike’s max load is 220 pounds so even parents that haven’t gobbled too much stuffing can enjoy a ride on the minuscule moto.

The MX650 isn’t all go though, it will need to recharge after 40 minutes of fun. Aside from the initial 12-hour charge, the 36V battery requires 8 hours to reach maximum capacity. The relative silence of the electric powertrain also reduces the likelihood of neighborly noise complaints this holiday season.

To help your kiddo slow the rig, Razor equipped the Dirt Rocket with hand-operated front and rear disc brakes. The USD forks and monoshock steady the ride while knobby tires allow the budding motocross stars to conquer any terrain. Some of the best evidence of the diminutive dirt bike’s prowess comes in the form of Razor’s promotional video (below).

We can’t tell if the video’s tone is satirical or serious but it’s hilarious nonetheless. What’s certain is that the Razor MX650 looks like a ton of fun for kids of all ages—regardless of where you buy it. Whether you’re looking for a starter bike for your teenager or getting yourself a new toy, the Dirt Rocket seems like a solid option. It sure is the most wonderful time of the year.