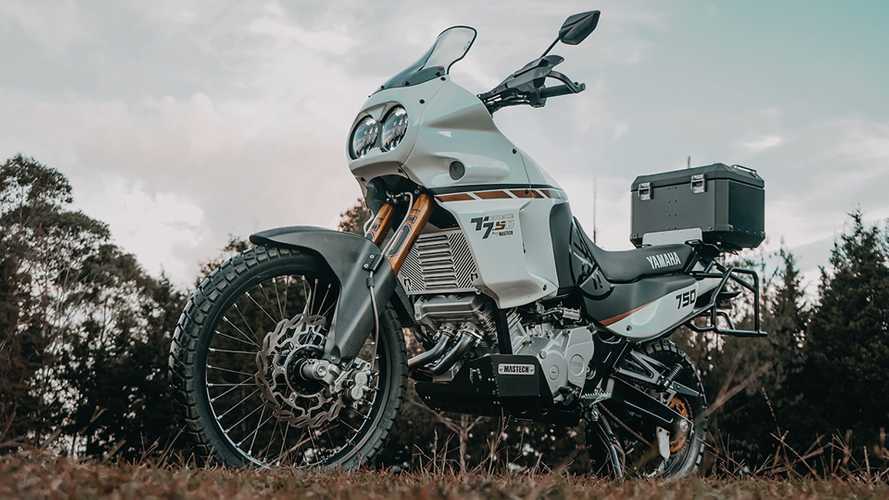 Balancing the old and the new.

Along with the increasing popularity of modern adventure bikes also comes a wave of nostalgia. The history of ADVs as we know them today started in the 80s. At the time, making a bike that was versatile both on and off road with an engine bigger than one liter was unthinkable. The bike had to be easy to work on, straightforward, sturdy, and above all, agile. Inspired by the Paris-Dakar rally, a number of manufacturers introduced their own version of the adventure bike, mixing travel and off-road capability, packaged into one bike. At Yamaha’s, it kind of started with the XT 600Z Ténéré, inspired by the 70s XT 500. The XT was more of an all-purpose enduro bike—the real adventure came with the introduction of the XTZ 750 in 1989.

That was before the segment started gaining in weight and volume by the time the 90s rolled in, a trend for supersizing that continues to this day (think BMW R 1250 GS, Ducati Multistrada 1260, or Honda CRF1100L). Some hardcore adventure riders miss the golden age of ADVs back when ruggedness was more important than tech. Colombian Dakar racer Marco Saldarriaga turned his dreams of nostalgia into reality with the heavy modernization of a 1991 Yamaha XTZ 750 Super Ténéré.

Saldarriaga’s company, Mastech, specializes in aftermarket parts for modern-day adventure bikes. He’s done a few modernization/upgrade jobs like this one, including on a KTM 690 Enduro Rally. In the case of the XTZ, however, the result is absolutely gorgeous. He played on the bike’s vintage look and subtly added modern components to bring it into the 21st Century.

Look at this beaut'.

The XTZ’s fairing hasn’t changed. Instead, Saldarriaga gave the fairing a fresh face with the addition of modern bits such as a set of new round headlights. He also added carbon fiber handguards and a fender as well as a new handlebar, among other things. The bikes looks both new and old at the same time which is not a small feat to accomplish. Behind the windscreen, Saldarriaga completely modified the instrument cluster and replaced the gauge with a new dashboard with analog and digital gauges.

When Saldarriaga received the bike, the engine had already been tuned. He worked on the carbs, the electrics, and swapped the exhaust system to an Arrow system. He also replaced the suspension with an Öhlins fork and shock and replaced the front wheel with one he took off a KTM 450 Rally. The Brembo brakes were taken from a KTM 690 Enduro.

Saldarriaga detailed the entire process on Perfect Fairings and it’s fascinating to see the evolution and to get the rundown of everything he’s done on the bike. The result is likely to make the heart of the most hardcore enthusiasts melt a little thanks to its vintage charm with a modern twist. The only question that remains is: where can we get one?