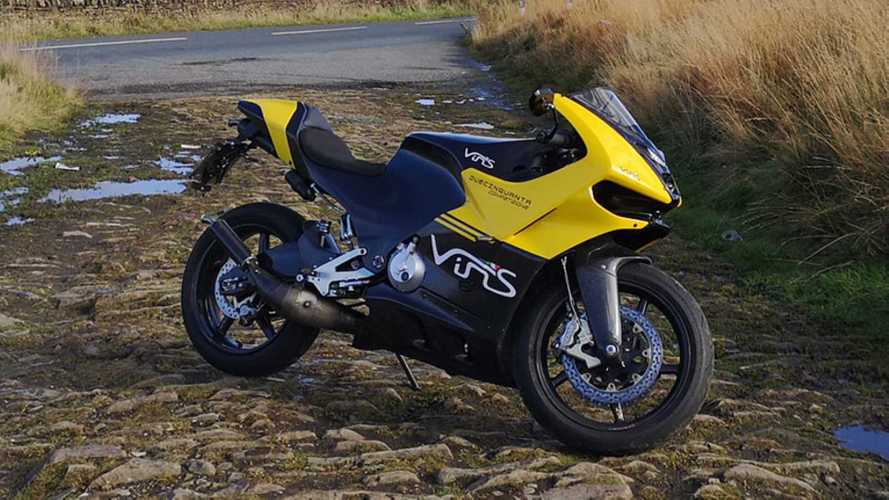 Do not go quietly.

While everyone else in the world has rolled over and accepted the demise of the two-stroke motorcycle, Italian brand Vins has stood firm and refused to let the oil burners slip quietly into that long goodnight. It would have been one thing to build a one-off track weapon that simply ignores emissions and safety regulations for a handful of devout enthusiasts. It’s quite another to build a proper, road-legal version of that bike to bring the aural intensity of a high-revving two-stroke back to the streets.

If it sounds like I’m a bit enamored by the Vins Duecinquanta it’s because I am. The sensational looking Italian bike boasts more cool factor than just about anything on the road. A carbon fiber chassis, and unusual carbon-fiber suspension are just the beginning of this bike’s charm. I love the Hossack-style front suspension with its single adjustable shock, and I light up like a Christmas tree as I try to decipher the transverse-mounted rear shock and its push rod linkages.

The 250cc, 90-degree v-twin is good for 75 fuel-injected two-stroke horses and 33 pound-feet of torque. It sends power to the 150/60 17-inch rear tire through a cassette-style six-speed racing transmission that can be easily removed and adjusted. Those stats are impressive enough but it gets better. The Duecinquanta weighs a miniscule 231 pounds, which combined with the 75 hp equates to a 130 mph top speed.

The Duecinquanta Strada is the road-going Vins, and of course there is a track-only version: the Competizione. That bike is slightly lighter and clad in a more aerodynamic fairing but in all other ways is identical to the Strada.

There have been two-stroke race bikes on the road before of course. The Aprilia RS 250 and Suzuki RGV250 come happily to mind. Those were impressive for their technical wizardry, simplicity, and potency. That Vins has surpassed those in every way under the cloud of restrictive regulations that turned everyone else away from two-strokes altogether is impressive.

Sadly, we probably won’t see this bike in North America any time soon. Vins says the bike will hit the UK early in 2020, but pricing is a long way off. Spolier alert: It will be expensive.

When the whole motorcycle world is moving towards more sustainable, practical, sensible solutions it takes a special company to stand up and build something truly exciting and unique. Does it make sense? No. It is beautiful, exciting and utterly enticing? Hell yes. Thank goodness for Italy.