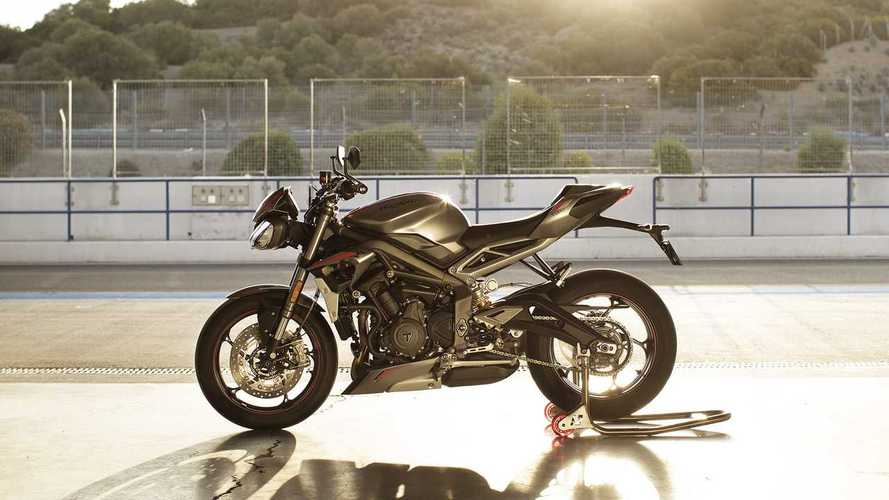 If spy shots snapped over the summer are any indication, Triumph has been hard at work upgrading its lineup, likely to meet the new emission standards. A flock of updated Triumph test mules took to the streets, including a seemingly new Street Triple. Triumph has now officially lifted the veil off its new 2020 Street Triple RS.

We knew it was coming—earlier in September, the manufacturer released a teaser that confirmed our suspicions that the three-pot roadster was getting a few upgrades. A few weeks prior to that, newly-filed CARB certifications indicated that for 2020, the Street Triple was receiving a second catalyst to improve its emissions. Now, we get to check out what Triumph has been working on with the official launch of the new Street Triple RS.

The most obvious change is aesthetic. The new Triple receives a redesigned dual headlight cluster that now integrates two strips of LEDs that looking like frowning eyebrows. The chassis remains unchanged—if only coated in a layer of Titanium Silver to match the new paint scheme. At 366lb (dry), Triumph claims the Street Triple RS is the lightest model in its category.

Propelling the RS is the same 765 inline-three mill used in the previous model, but tweaked to produce more power and fewer emissions. These tweaks allow the engine to get a 9-percent boost in performance, now pushing 121 hp and 58 lb-ft of torque (up from 116 hp and 57 lb-ft).

The suspension and brake components are carried over with a 41-mm Showa inverted fork and Brembo M50 4-piston with dual 310-mm discs at the front and an ajudstable Öhlins STX40 shock with gullwing double-sided swingarm and Brembo single-piston caliper with 220-mm disc at the back.

Performance is enhanced thanks among other things to a combination of a more responsive throttle, a new exhaust cam designed to optimize mid-range performance as well as new high precision machining of the crankshaft, clutch, and balancer. The addition of a second catalyst in the new muffler has helped Triumph meet the upcoming Euro 5 regulations.

Also new on the bike is the TFT instrument panel complete with Bluetooth connectivity and compatible with the MyTriumph app. Using the app, the display allows the rider to view navigation instructions, manage calls and music, as well as easily set up a GoPro. The new display also makes it easy to scroll through the five enhanced riding modes: Road, Rain, Sport, Track and Rider configurable.

Pricing and availability have yet to be announced.