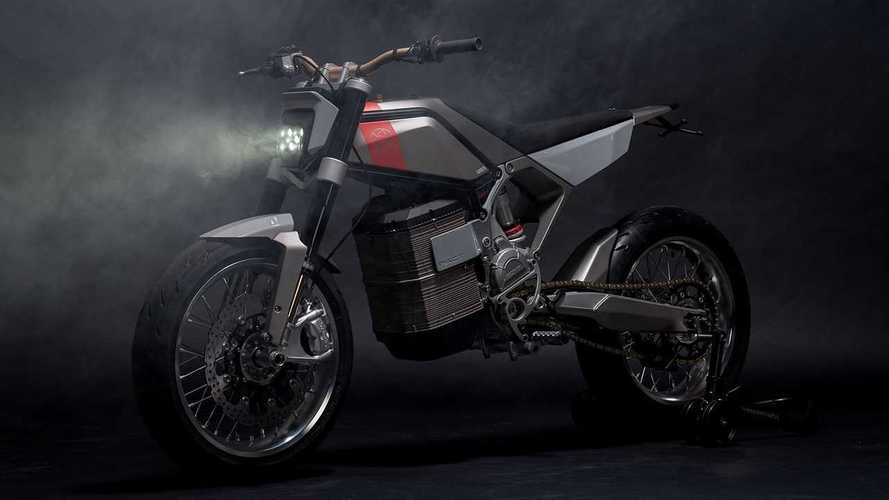 Sales of electric cars have skyrocketed in the past few years. Though figures continue to climb for the EV sector as a whole, electric motorcycles are still struggling to secure a foothold in the market. Unlike car purchases, which are typically pragmatic in nature, motorcycle sales hinge on more impractical experiences—namely, speed and sound. Without the satisfying rumble of an internal combustion engine, the motorcycle community has been slow to adopt the new technology. However, two custom builders Walt Siegl and Mike Mayberry, see a much brighter future for electric motorcycles and they want to prove it with the WSM PACT.

New Evolet Hawk Is An Electric Bike Of Prey

New Hampshire-based custom builder Walt Siegl is known for his Ducati-powered works of art. While  Walt Siegl Motorcycles (WSM) produced petrol-powered machines since 2007, the advent of electric powertrains has presented new challenges for all motorcycle designers.

Also intrigued by the possibilities of the electric frontier, Mike Mayberry—co-founder of Ronin Motorworks and the creative voice behind the Ronin 47—partnered with Siegl on this new venture. How ironic that the two builders would attempt to jumpstart the electric market with a bike from a defunct manufacturer.

Starting from an Alta Redshift, WSM leveraged the liquid-cooled motor that produces 50 horsepower and weighs in at only 15 pounds. The team also kept the Redshift’s 5.8 kWh lithium-ion battery that recharges in three hours from a standard 120v socket. Aside from the motor, single-speed transmission, battery, and electrical system, the PACT was a custom-built machine.

With the core of the build plucked from the donor bike, the duo fabricated a new Chromoly frame with street bike geometry and added a carbon fiber subframe that weighed a feathery 3 pounds. Siegl and Mayberry kept the build on a strict diet by shaping the bodywork from forged carbon fiber.

“The parts are made using compression molds, so tooling costs are significantly higher—but the result is even stronger than woven carbon fiber,” said Siegl. “As far as I know, WSM is the only motorcycle company that uses forged carbon on a semi-production level.”

All those weight-savings resulted in a 251-pound motorcycle, but the leaner stature forced the team to also reduce the length of the custom swingarm. Additional modifications were necessary for the suspension of the bike with new springs up front and an aluminum linkage out back. The builders wanted to couple the lightweight build with high-performance street tires so they CNC machined a new set of rims.

When it came to the design, Siegl and Mayberry knew they were going to blaze a new trail.

“Without disparaging other brands, I’ll just say there aren’t currently any bikes that speak to us or make us want to own them,” said Mayberry.

WSM’s PACT clearly borrowed street tracker aesthetics but the team didn’t confine the design to internal combustion configurations. Siegl and Mayberry dangled the motor from the bike as if it were cherry-picked off the assembly line and the trellis frame integrated into the gas tank seamlessly.

WSM plans to produce six more PACTS based on the prototype that is now on display at the Electric Revolution exhibit at the Petersen Automotive Museum in Los Angeles, California.

In Mayberry’s opinion, “design is not a styling exercise: it’s a journey in problem-solving.” Hopefully, that same attitude drives the development of electric motorcycles and helps to improve sales in the future.