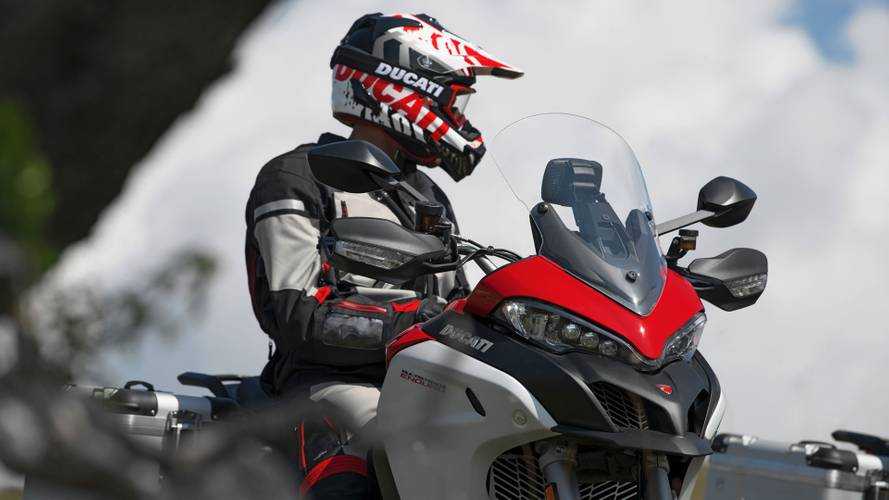 Houston, we have a visual.

This shouldn’t come as much of a surprise. When the Panigale V4 was first introduced, Ducati had already manifested its intention to find other applications for its new four-pot mill. From the mouth of Ducati’s big boss Claudio Domenicali himself, we hadn’t seen the last of the V4.

Then, earlier this year, a Streetfighter using the new engine was spotted on the road. Following the sighting, it didn’t take long for the Borgo Panigale firm to reveal and debut the model at the Pikes Peak Hill Climb. It also didn’t take long for a new rumor to start spreading, placing this time the V4 at the core of the well-known Multistrada. Houston, we now have a visual.

A video of what looks like a (blurry) Multistrada in camo seemingly rocking the V4 mill was recorded in Italy and posted to Facebook over the weekend. This confirms the theory that the engine’s isn’t limited to the road; it looks like the V4 is about to make its adventure debut. The bike had actually already been Rumor Control: Is A Multistrada V4 In The Works At Ducati?, however the photographers weren’t quick enough on the trigger to snap a shot of the elusive mule. All we had to work with were “spotted reports” coming from Germany.

Both in the Panigale and in the Streetfighter, the V4 is a 1,103cc Desmosedici Stradale block, rated at 214 horsepower in both models. In the Multistrada, the V4 is expected to produce slightly less power, somewhere around 190 horsepower which is still a 32-hp premium over the current 1260 version. According to the Germans, the mule they spotted also sported a set of radar, likely part of the  Advanced Rider Assistance System the manufacturer has been developing.