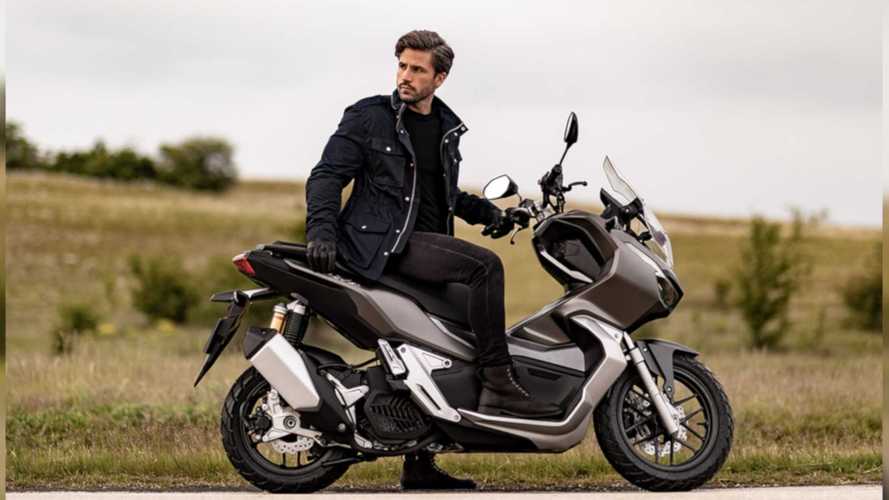 Honda just unveiled its new ADV 150 scooter at the 2019 Gaikindo Indonesia International Auto Show. If it looks familiar, it should—the design is a direct descendant of Honda’s X-ADV 750 crossover scooter. While the ADV 150’s big brother is a serious enough ADV machine to win first in its class at the 2019 Gibraltar Race (and seventh overall), chances are pretty good that most people buying the ADV 150 probably won’t test it so hard.

Can Little Brother Keep Up With Big Brother?

From the split floorboards to an overall more aggressive appearance, it’s clear that Honda wanted this scooter to look tough and angular, rather than soft and rounded. If you want small, rounded, and friendly from the Honda house, get a Monkey.  Lights are all LEDs, and the switchgear and handlebars are straight off the CB300R. The windscreen is adjustable, and since it’s a maxi-scooter, you get a not inconsiderable underseat storage area as well. Oh, and there’s also a 12v charger conveniently located inside the front box.

The engine is a 149.3cc single that makes a claimed 14.2hp at 8,500rpm, with peak torque of 13.8Nm at 6,500rpm. Curb weight is 133kg (or just over 293 pounds). Suspension is comprised of conventional front forks up front and twin Showa gas-charged shock absorbers in the rear. If you’re wondering about wheel sizes for this tiny ADV-styled bike, it comes with a 14” front and 13” rear alloy wheels.

Depending on your variant, either ABS or CBS will come standard—and either way, you’re stopping with disc brakes, front and rear. Bikes equipped with ABS also come with ESS, which automatically activates your hazard lights when you brake suddenly to warn traffic around you.

The ADV 150 has only been announced for the Indonesian market so far, but will probably be released elsewhere (though likely not here, since we didn’t even get the X ADV 750). According to Honda Indonesia, it appears that colors Advance Red and Advance White are available with ABS, while colors Tough Matte Black, Tough Matte Brown, Tough Red, and Tough Silver are available with CBS. The ABS-equipped ADV 150 suggested MSRP is 36.5 million IDR (or $2,610 USD), and the CBS-equipped ADV 150 suggested MSRP is 33.5 million IDR (or $2,400 USD).