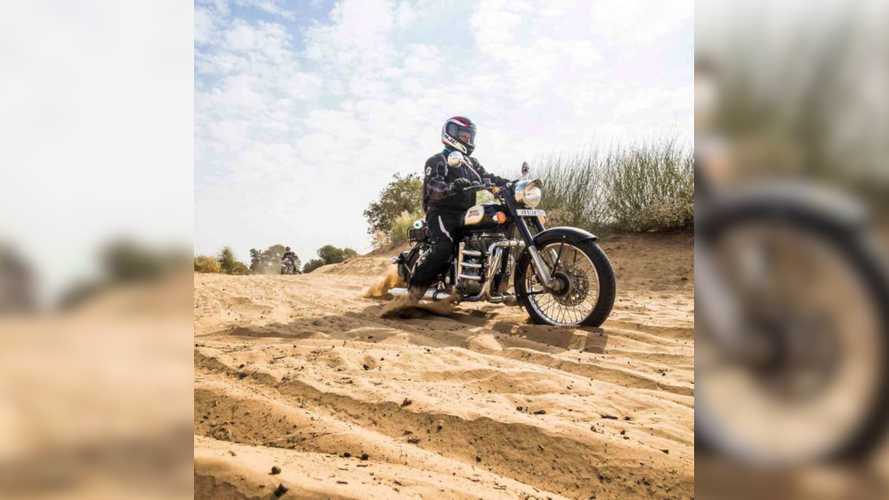 Pull that thump out of the dumps.

When your sales have either been growing or at least holding steady for the last little while, and then they suddenly slump for a quarter, what do you do? If you’re Royal Enfield, you might consider previously untapped market segments. According to the Economic Times of India, that’s exactly why the manufacturer is rumored to be contemplating development of a 250cc model for its home market.

Unsurprisingly, since this was first reported, speculation about why they’d be doing this and whether it would be a good move to make has been rampant, so let’s look at a few facts. Firstly, RE’s smallest displacement bike currently on offer in India is the Classic 350. There’s also been talk of an updated engine in development for that bike, with a possible release scheduled for sometime in 2020.

Secondly, it isn’t just Royal Enfield’s sales that have been going down in the first quarter of 2019—it’s bike sales generally across India. If your current strategy is working well for you, there’s no need to adjust it unless you’re obsessed with being the best you can possibly be. However, when things start to trend downward, that’s when you start to get creative in your thinking.

There’s a strong 250cc market in India — and the bikes currently on offer in that segment mostly have sporty styling. In fact, there isn’t another retro-y, vintage-y standard available currently within that class. Are there buyers banging down doors looking to buy one? That, I don’t know, but the fact that if RE offered one of their classic-styled bikes in that size, they’d be the only one has to look pretty appealing. If their analysts think there’s room for growth in that untapped niche, it seems reasonable to consider. After all, not everyone wants a KTM Duke 250 or a Suzuki Gixxer SF 250.

It probably wouldn’t take a lot of work to develop, either—although they’d want to give it a lower curb weight than the Classic 350, I’d think. While it's likely that it wouldn't come to the US, fans of retro styling in tiny packages in other Asian markets might find space for it in their hearts and wallets. Royal Enfield isn’t confirming any such development at the moment—but this idea doesn’t seem like a completely outlandish proposition.