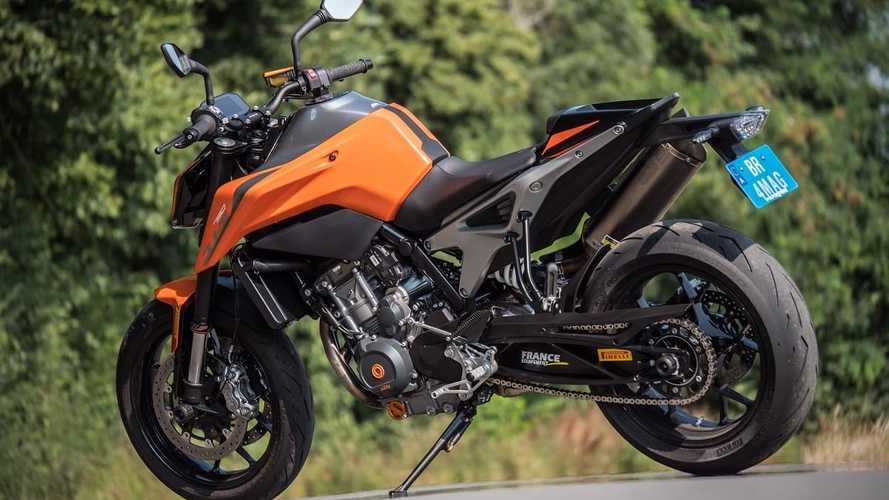 A Torquey 890cc monster could be in the works, and coming to a dirt track near you!

KTM's CEO may have let slip that the brand is developing an 890cc engine, which if true, could be in line to replace the entire 790cc range. We've already covered everything we know about the 790 Adventure here and here, but this news could mean the entire lineup is due for a refresh and a new engine in 2020.

KTM's CEO, Stefan Pierer announced that the brand is already working on a mid range 500cc engine with Bajaj, an Indian manufacturer that produces the smaller KTM's like the Duke 125 and 390. Current rumors suggest that these new engines may be in development alongside a new 890cc block.

KTM is known for building rugged, well engineered, and technologically advanced bikes. Every bike that has won the Dakar Rally since 2001 has been a KTM, so the news that they are continuing to flex their engineering muscles by developing a new engine should come as little surprise.

The new engine is expected to be an 890cc parallel twin, developed from (read bored out from) the 790cc motor used in the 790 Adventure and the 790 Duke.

We don't yet know which platform the engine is intended to go into, but the 790 engine in the Adventure series filled a gap in the range between the 450 Rally and 690 Enduro, and the 1090 Adventure and the 1290 Super Adventure. It could beef up the Adventure, or give the current 790 Duke a little more power. Of course the development of the engine could be to bring the 790 series in line with European emission laws, which are forcing a number of manufacturers to redesign their platforms.

The current 790cc engine puts out 103hp, so a 100cc or so boost could put the new engine, if placed in a supermoto platform, in direct competition with bikes such as the Ducati Hypermotard 950 and the Aprilia Dorsoduro 900.

It's too soon to know for certain, but watch this space!