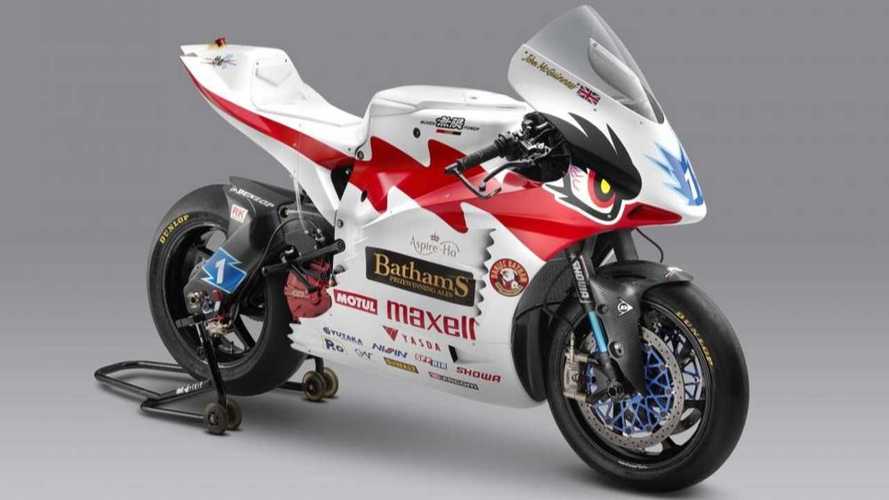 It's beautiful in all its aerodynamic glory.

Mugen Motorsports, long a top competitor in F1 and sports car racing, have come to dominate the electric motorcycle scene on the Isle of Man. The Mugen Shinden Hachi was unveiled at the Tokyo Motorcycle Show this past weekend. It is the eighth iteration of the bike, and “hachi” is Japanese for “eight.” Graced with its new sponsor’s name, the “TEAM Batham’s MUGEN” will be piloted around the Isle of Man TT course by riders John McGuinness and Michael Rutter in the TT Zero category of electric motorcycles.

The specs of the bike have not changed from last year, though many speculate that given the speed with which battery technology is advancing, the team cannot have neglected to renew the cells that power the bike.

The Mugen Shinden Hachi weighs in at not-quite 547lbs, houses a 370-volt lithium ion battery which powers a 3-phase oil-cooled brushless electric motor. The motor puts out 120 kilowatts, which is roughly equivalent to 160hp, and 210nm of torque (just shy of 155 ft-lb of torque).

This year’s updates are all in the body of the motorcycle. The plastic fairings have been upgraded and streamlined over last year’s to provide even better aerodynamics: the front intake and the tail of the bike have been redesigned. The trailing edges of the plastics are scalloped to create vortices, making the bike cut through air with even better efficiency.

Hachi has been graced with carbon fiber fork tubes (wow) in Showa forks, and that reduces the bike’s weight compared to aluminum components considerably.

The current TT Zero lap record at the Isle of Man is 121.824 mph which is very impressive. The  TT track is extremely convoluted. With veteran TT rider McGuinness at the bars, though, Team Batham has invested in a top competitor.

When you make it over to the Isle of Man to watch all the TT races, you’ll be astounded by the noise of the races and how different the TT Zero race is. Traditional racing motorcycles scream around the track with their race-optimized exhaust cans howling. You can hear them all over the island. The TT Zero competitors sneak up on you and blast by in a rush of wind, a tiny electric motor howl and chain noise.