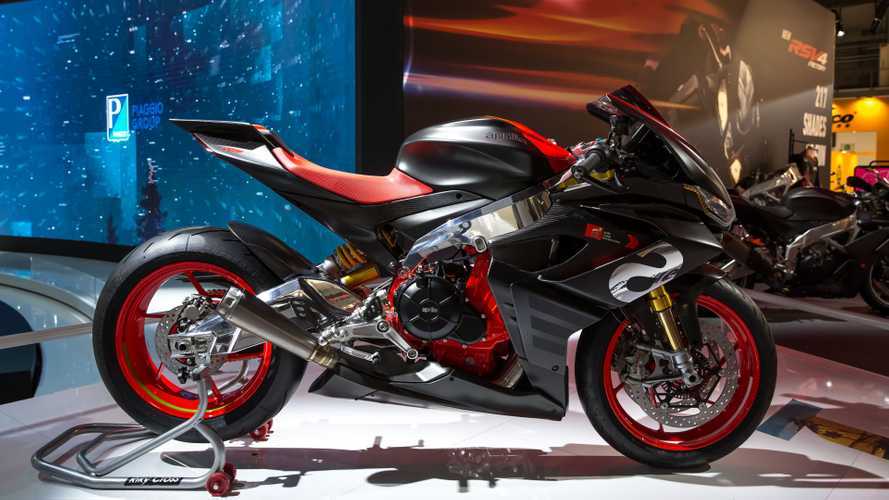 Aprilia chopped its V4 engine in half to make a parallel twin.

A concept bike that Aprilia unveiled at EICMA is interesting more for what it represents than what it actually is. The RS 660 Concept is a midsize sportbike from the company that typically specializes in larger bikes.

The bike follows Aprilia's typical design parameters using an aluminum frame and swingarm, the right side of which is curved to make room for the exhaust. It has Brembo brakes with twin discs up front, an Öhlins upside-down front fork, an Öhlins rear shock, and forged rims. One of the most unique features of the RS660 is winglets that are electronically adjustable on the fly. These aerodynamic aids made their first appearance in static form on the RSV4 1100 Factory RR, but this takes the idea a step further into active aero. Could we see this on production versions at some point?

The most interesting aspect of the RS660 is its engine. Aprilia lopped off half of the RSV4's V4 engine to turn it into a parallel twin. This is not an uncommon technique of creating a smaller engine from a big one, but the technology isn't the important part here. What's important is what this means to Aprilia. The RS660 Concept shows that Aprilia is at least thinking about expanding its range to the lucrative midsize motorcycle market.

Obviously, a concept bike is nothing more than that, a concept. Aprilia has made no announcement about adding midsize bikes to its product line of larger bikes, the smallest of which currently is 900cc. That would put it up against popular bikes like the Honda CBR650F, Kawasaki Ninja 650, and Yamaha YZF-R6. That's some stiff competition, but an Italian brand could shake things up a bit. Aprilia is a dream brand for some, and a midsize offering could bring it within reach of more aspiring customers.