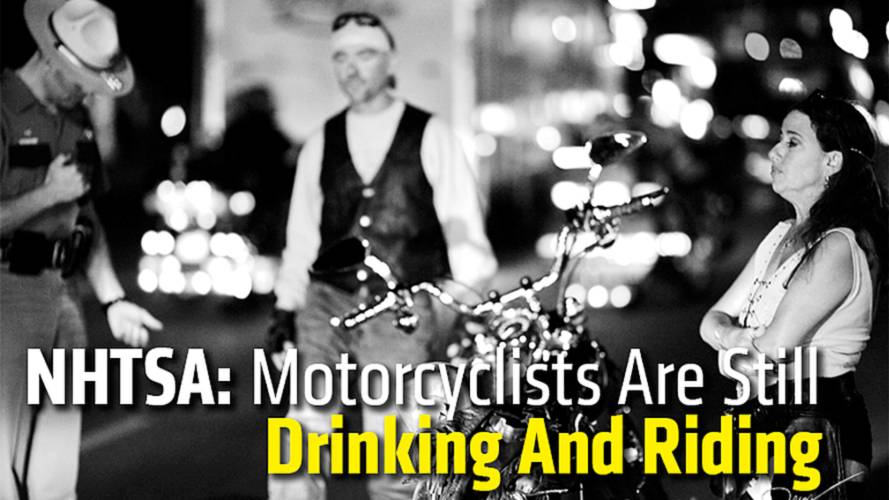 Despite extensive federal and state awareness campaigns, more than 27 percent of motorcycle riders killed in drinking and riding crashes.

Despite extensive federal and state awareness campaigns, motorcyclists are still the biggest percentage of road users in the U.S. most likely to die in an alcohol-impaired crash. More than 27 percent of motorcycle riders killed in crashes during 2012 were legally intoxicated.

According to the latest data from the National Highway Traffic Safety Administration (NHTSA) in 2012, 10,322 people killed on U.S. roads were under the influence of alcohol. That was 31 percent of all vehicle traffic fatalities in 2012, or put another way, in 2012 an average of one alcohol impaired driving fatality occurred every 51 minutes in the U.S.

In its latest report, NHTSA again classifies crashes by vehicle type (e.g. car, truck, large truck & motorcycle). Out of all four categories, motorcyclists had the highest percentage of alcohol impaired fatalities with more than 27 percent of riders (1,390) who died had a Blood Alcohol Content of 0.08 g/dL or higher.

To put that into context, 5,075 motorcyclists were killed on U.S. roads in 2012. More than a quarter of those were under the influence of alcohol. NHTSA’s report does not specify if it was the rider and or the passenger that were killed.  Nor does it elaborate on the type of crash, such as whether it was one or more vehicles or the type of other vehicle, if any, that was involved.

NHTSA’s figures also show that in 2003, 3,800 motorcyclists were killed in the U.S. with 1,106 (23%) of those alcohol impaired.  Disturbingly in 2012, the number of motorcycle fatalities not only increased again, but also the number of alcohol-related crashes among motorcyclists has climbed too.

According to this latest report all other categories, with the exception of motorcycles, showed a decrease between 2003 and 2012 in crash fatalities and alcohol-impaired fatalities. Only heavy truck drivers showed a slight increase in alcohol related traffic fatalities.

On a wider scale, the study also revealed that the 21-24-year-old age group was one of the most at risk in the U.S. It had the highest percentage of alcohol-impaired fatalities for its sector in 2012. Of the 4,738 people aged between 21-24-years-old killed in vehicle crashes, 1,539 of them were drivers with a BAC level of 0.08g/dL or higher.

Overall, the 2012 figures show that more than 59 percent of drink drivers involved in fatal crashes had a BAC level of 0.015g/dL or higher. The top three states with the highest alcohol related traffic fatalities were Texas at 1,269, California 807 and Florida 697.

So tell us, have you ever felt pressured to drink and ride? What’s your personal policy for yourself? Have you ever had to tell a friend they are too wasted to ride?