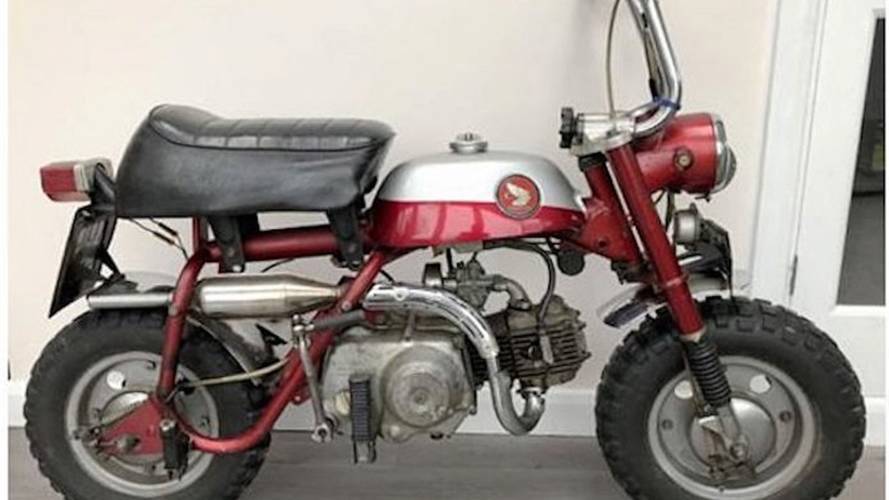 With the mini from Dumb and Dumber selling for $50K, it wasn’t hard to see this one coming

This past weekend the Honda Monkey-Trail Z50A that once belonged to Beatles co-founder and pop icon, John Lennon, sold at a UK auction for a whopping £57,500 which translates to just shy of $80,000 USD. The Honda went up on the auction block at the National Motorcycle Museum in Bickenhill, Solihull where it was expected to sell for a little over $40K, but bidding quickly rose far beyond the figure that valuation experts had calculated.

“Naturally we were thrilled to be entrusted with the marketing and sale of this bike, given its extraordinary provenance. So to achieve this price is hugely satisfying,” stated Mark Bryan, Head of Sales for H&H Classics Motorcycle Department following Sunday’s auction.

I get it was owned by John Lennon, but I can’t shake the thought that someone just paid $80K…for a half-century old mini bike.

John Lennon’s Honda Z50 Monkey Bike is up for auction, again. The late Beatle used the minibike to plonk about his Tittenhurst Park estate from 1969 to 1971. According to the current vendor, H and H Classics, Lennon sold the bike to Henry Graham in 1971, who shortly resold it to John Harington, who has displayed it at various bike shows and events ever since.

However, according to a report by Lance Oliver on Common Tread, the same bike was apparently sold at auction by Bonhams in 2008 for about $48,000. The report also states that Lennon gave the bike to fellow Beatle Ringo Starr before leaving for the U.S. in 1971. H and H Classics has estimated that the bike will bring at least $40,000 at the March 4 auction at the National Motorcycle Museum in Solihull.

Wait. What? Motorcycles of any size or configuration with celebrity provenance rarely decline in value over time. Something is obviously amiss in this scenario. Was the Bonhams bike a counterfeit? Is this one? Was it once ridden by Steve McQueen? The game is afoot.

The listing asserts that the Z50 has been under family ownership since 1971, and that the sale includes an extensive history file, a green log book, tax receipts, and a Honda dating letter. The Honda is said to be in running order with matching frame and engine numbers. Our sources in Scotland Yard are looking into the whole matter.

In a related story on Lennon memorabilia, in November police in Berlin reported recovering over a hundred items stolen from his widow Yoko Ono in 2006. The belongings, including the musician’s diaries, are now on display at Berlin police headquarters. They include a pair of his signature round spectacles, a Beatles concert tape, and a cigarette case.

The items were seized in July at a Berlin auction house. A 58-year-old man has been arrested, and police are looking for a second suspect who formerly worked for Yoko Ono.

There will be an answer. The German police won’t let it be.