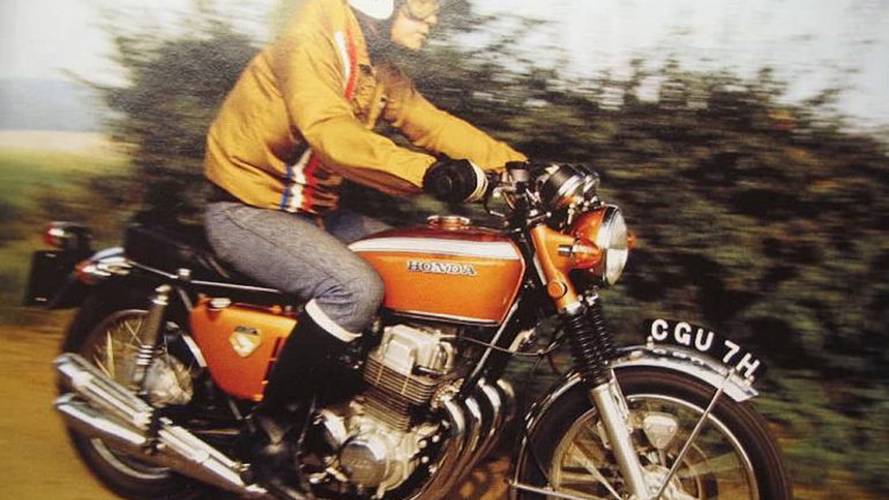 One of just four ultra-rare CB750 prototypes—a candy yellow model—just went to auction in the UK where it sold for a staggering $218,792 dollars.

On March 4, 2018, a pre-production Honda CB750 known as “The Brighton Bike” sold at a UK auction for over $200,000. This beat the previous record set by a 1962 Honda CR72 proto racer that sold for $180K at a Mecum auction in 2009. The Brighton Bike is said to be one of four examples Honda built in 1968 for promotional purposes and is reportedly one of only two prototypes left. The bike was valuated at between $55-65K, but after a fierce bidding-war it reached a world-record-breaking figure of $218,792.

After claiming back-to-back-to-back-to-back-to-back championship Grand Prix road-racing titles, Honda took the know-how it picked up on the track and set its sights on an American market which favored larger displacement machines like those coming from Triumph (and of course) Harley-Davidson. Honda built four examples for the model’s launch, each made by hand before being painted in “candy” liveries—candy red, candy blue, candy green, and candy gold.

The Brighton Bike in all its glory.

According to Hemmings Daily, of the four candy-clad pre-production CB750’s that were built by Honda in ’68, one was scrapped in around 2013 (I know, wtf right?), r one was sold in eBay in 2014 where it fetched a bit shy of $150K, and one is said to have been sold and shipped to France where it has since disappeared.

Apparently the Brighton Bike doesn’t share any parts with the production version.

With R and D funding available thanks to the ample sales of the smaller CB450, in less than a year Honda developed a 68-horsepower 736cc straight-four crammed with super high-tech gubbins—front-disc brake, single overhead camshaft, electric-start, etc. The OG CB750 had an MSRP of just $1,495—about $10K today—which is pretty reasonable considering what you got for your investment.

This particular CB prototype (frame and engine # CB750-2110) was supposedly utilized by Honda for promotional purposes in Great Britain the year prior to the iconic bike’s release. First publicly unveiled in Europe at the 1969 Brighton Motorcycle Show,(hence the example’s nickname) the bike reportedly appeared on the cover of the following month’s issue of Motorcycle Mechanics. After that, the Brighton Bike made its press rounds for the CB750's global launch and is said to have then been sold to the Earl of Denbigh. It then reportedly traded hands again in 1982 or ’83 and has supposedly been in a private collection ever since. It was in the process of being restored when the owner passed away, resulting in it ending up on H and H’s auction block.

Though the bike has been partially restored, it still wears it original factory paint and has some charming wear and patina.

MINI AUCTION: Dumb and Dumber mini bike sells for far too much