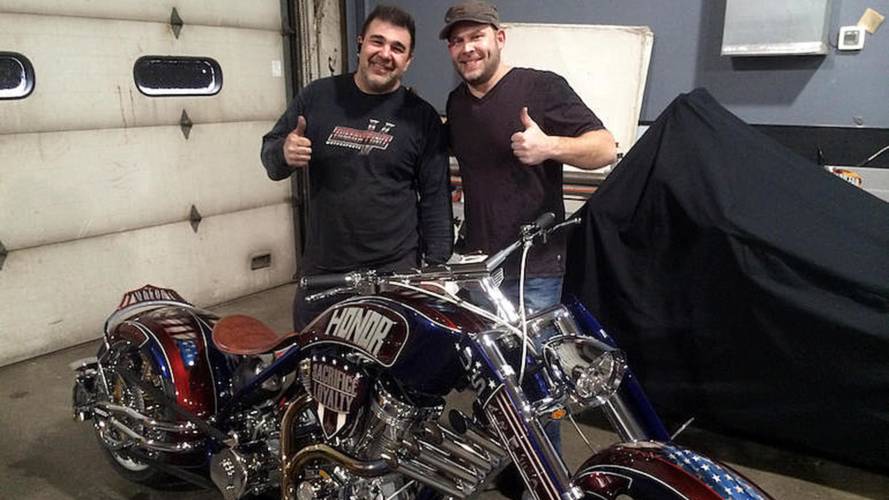 Ever wonder what happened to Vinne from American Chopper?

Timing is everything. When American Chopper first appeared on televisions across the US, the country’s enthusiasm for motorcycles was at a high-point, and a pre-recession market saw dealers that were more than happy to give loans for bikes that customers objectively couldn’t afford. But the stylish excess of the OCC gang resonated with audiences all over the world, and despite having gone off the air years ago, it appears people are still interested in what Paul Teutul and the rest of the gang are up to. So for today, we’re gonna delve into what Vinnie DiMartino has been doing as of late, and spoiler alert; he’s working with custom things on wheels that go “vroom”.

Born in 1972 in Hudson Valley, New York, DiMartino spent much of his formative years in his father’s auto shop, learning the ropes of the business and developing his mechanical skills. By the time he was 14, DiMartino had landed a job working at a hole-in-the-wall engine repair shop. A few years later and DiMartino would meet a friend in high school named Paul Teutul Jr. You can probably guess where this is going.

In 2002 DiMartino was offered a job at Orange County Choppers, just one year prior to the Discovery Channel launching American Chopper, which quickly became a household name, with cast members making appearances on (objectively better shows) like King of the Hill. After half-a-decade with OCC, DiMartino jumped ship with Cody Connelly to start V-Force Customs in Rock Tavern, New York. According to DiMartino, the move was prompted by the realization that he wanted to start his own shop, and that OCC offered little opportunity for advancement. He would later rejoin the OCC gang in 2010, coming on board for American Chopper: Senior Vs Junior, but it was a short-lived ordeal.

DiMartino continued working on his V-Force efforts until around 2013, when costly overhead and a decline in motorcycle sales (and popularity) lead to a major change in operations at V-Force. Expensive shop equipment such as a water jet and a CNC machine were sold off, and DiMartino shifted his attention from churning out custom cruisers, to wrenching on cars. In early 2014 V-Force Customs eventually became DiMartino Motorsports Automotive and Truck Repair in Montgomery City. In some instances DiMartino has stated that he still occasionally helps Paul Jr. with work over at his shop, but in a recent video he makes it pretty clear that he no longer works with any of the OCC crew.

DiMartino with his four kids

Outside of wrenching at his shop, DiMartino has four kids (three daughters and a son) with his wife Melissa DiMartino. DiMartino still enjoys custom bikes, and says he now works on his own scoots as a hobby, an interest that has reportedly been passed onto DiMartino’s son. He seems to be open to one day getting back into the business side of customizing motorcycles, but for now is content with his auto shop. DiMartino has also more recently started a Youtube channel (currently up to around 31K followers) where he speaks on topics such as “Do I still work with OCC?”, “Am I still friends with the guys?”, and “What do I love to do?”. Vinnie’s videos get hundreds-of-thousands of views.

So yeah, that’s what Vincent DiMartino has been up to in recent years.