Better for working on your bike than riding it.

Dirt bike riders usually want impact protection along with plenty of airflow, which is why external armor and MX jerseys are a thing, as are open-faced helmets with goggles and peaks. Meanwhile, street riders are also worried about abrasion, so you’ll see much more attention to abrasion resistance in their gear. Track riders want even more protection, because they’re generally going faster. That speed element also makes protection like perforated leather work much better here than it would at slower off-road riding speeds.

Since adventure riding often mixes riding mediums, making appropriate gear creates a unique set of challenges. It’s also what Tourmaster’s Horizon Line of protective gear is solidly aimed at. While these Tourmaster Horizon Line Women’s Overland gloves do match nicely with the look of both the Ridgecrest jacket and pants I’ve previously reviewed (as well as the boots that I’ll review soon), that’s probably the nicest thing I can say about them.

The Women’s Overland gloves are a short-style glove with a hook and loop closure at the wrist. Tourmaster says they’re made of a 4-way ultra-stretch fabric, which adds in breathable Lycra fourchettes (the bits that go between your fingers). A neoprene cuff creates an inviting space to stick your hand inside, and soft polyester tricot lining surrounds your hand once the glove is on.

Protection, such as it is, comes from ultra-thin and flexible thermoplastic rubber (TPR) bits on the knuckles and fingers. There are also abrasion-resistant AX Suede synthetic palm and thumb overlays. AX Suede is a polyester-based material that’s made to exceed the strength of traditional suede, according to its manufacturer. Finally, touchscreen-compatible forefinger and thumb areas are present on both the left and right gloves, so you can use your devices without having to take them off.

Now, to be fair, I’m not generally a fan of short gloves. I prefer gauntlets, to be worn either over or under my jacket sleeves (depending on both the glove and the jacket). That said, I have one big problem with these gloves that the addition of gauntlets could never hope to fix: They unfortunately seem to transmit vibrations from your bike like nobody’s business. You want to feel like the fillings are going to shake right out of your teeth? Wear these on your bike.

Riding with multiple pairs of other gloves on the same machines does not yield anywhere close to the uncomfortable sensations of riding with these Overland gloves. That’s how I know it’s these gloves, and not a new bike issue that needs to be addressed. I couldn’t take these gloves off soon enough, because they just felt all kinds of wrong.

I didn’t crash in them, so I can’t tell you how well they’d actually protect you. However, those extremely thin TPR bits don’t feel like they’d do very much. Honestly, I have some very nice gardening gloves that feel (psychologically, at least) like they might protect me better. The touchscreen panels work just fine on my smartphone, though, so that’s something positive. If you have the patience, you can even swipe out words in your text messages without having to take your gloves off.

The previous Tourmaster Horizon Line items I’ve reviewed so far seem like they’re thoughtfully made. By contrast, these gloves feel like they could be repurposed MX gloves, at best. As such, they’re a bit of a disappointment because they feel so much like an afterthought when compared to the rest of the line. 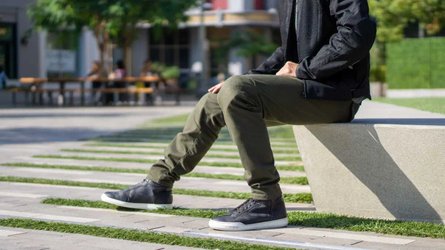 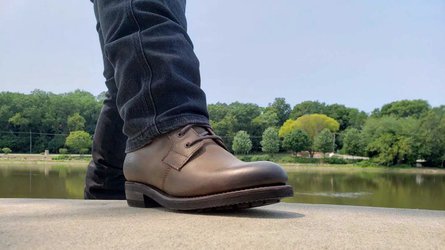