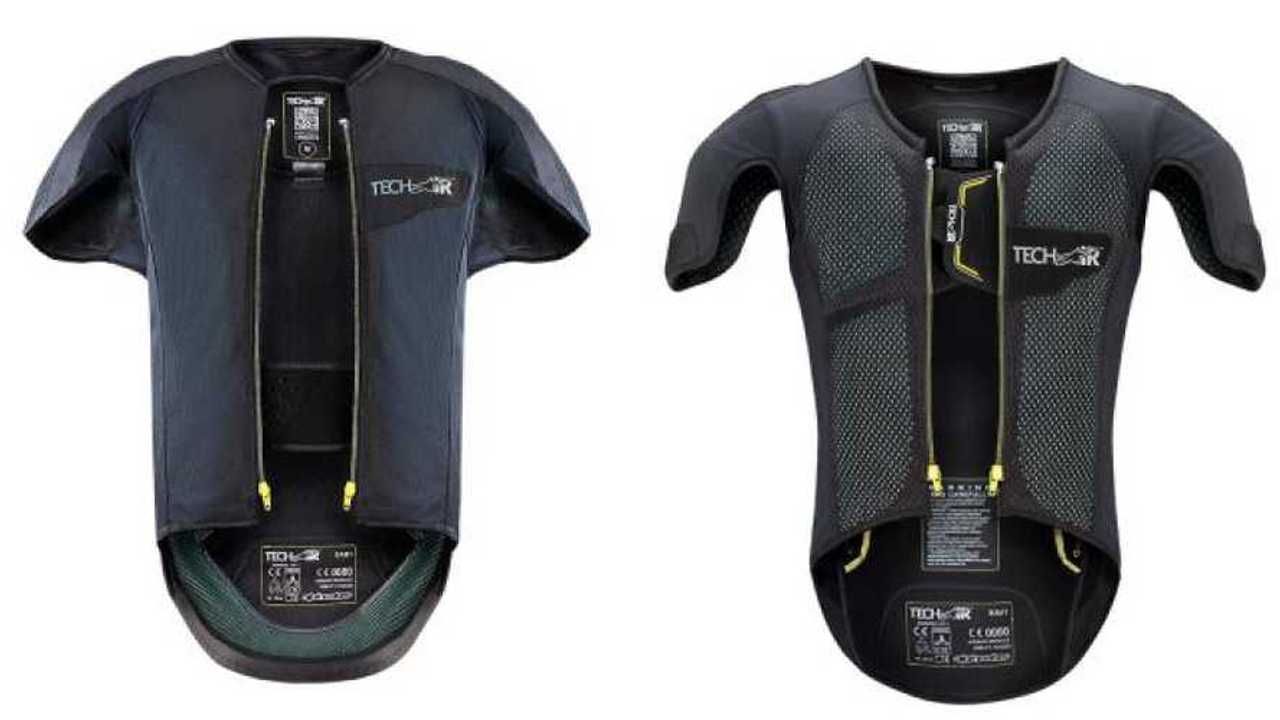 In any textile jacket, on any Sunday.

Alpinestars will debut the latest addition to its Tech-Air motorcycle gear range at the Consumer Electronics Show 2020 on January 7. The Tech-Air 5 is a standalone airbag vest that can be worn under any textile jacket, making it perfect for the street rider.

This new vest brings airbag technology to more riders. Currently, the Tech-Air Race and Tech-Air Street vests can only be worn with compatible Alpinestars suits and jackets. An independent vest that can be worn under an existing textile jacket will be welcomed by those of us with tried and true jackets we love.

The vest is Bluetooth compatible and connects to the Tech-Air smartphone app to show the vest’s status (armed, disarmed, triggered) and to provide riding data using the system’s accelerometers. There are six such sensors in the Tech-Air 5 vest which trigger the airbag to inflate in just 40 milliseconds according to Alpinestars. It also says the vest can decrease impact force by up to 93 percent compared to a standard CE-armor system. Tech-Air 5 provides protection to the rider’s chest, ribs, back, and shoulders.

Alpinestars’s Tech-Air Race and Tech-Air Street vests currently retail for $1,149.95 each, with the most affordable Tech-Air compatible jacket being the $349.95 T-Missile Air Jacket. That means it currently costs a minimum of $1,499 to get an Alpinestars airbag vest on the road. This new system allows you to wear it with any textile jacket from any brand and while pricing won’t likely be released until CES, you can expect the standalone vest to be somewhere in that region price-wise.

If you’re curious to know what it feels like to have an airbag vest go off, Alpinestars is offering live demonstrations at its stand during the show. CES runs January 7 to 10, 2020 at Sands Expo Center in Las Vegas.