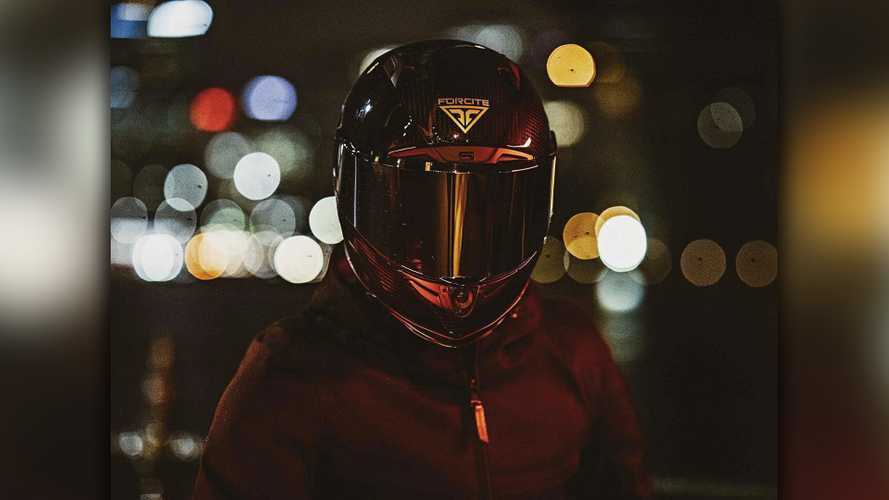 Smart helmets are slowly making their way to the market. Even Shoei announced it was developing its own smart lid, becoming the first mainstream manufacturer to do so. Other startups like Jarvish and Skully bank on the public’s interest to help fund their technological endeavor, resulting in some of the most exciting helmets expected on the market. Australian company Forcite launched its own version of the smart helmet earlier this year, a model limited to the market down under. Until now.

The MK1 smart lid is coming! The MK1 smart lid is coming! When we wrote about the model of helmet a few months ago, you guys seemed to either love or hate the concept but everyone seemed curious about it. Until now, the lid was only available in Australia, where it was designed. The company produced 1,000 units of the MK1, 700 of which apparently sold in only 48 hours. With a successful first run under its belt, Forcite announced it is now preparing to launch the helmet in the United States. Due date: 2020.

The helmet features a number of systems that we’re already familiar with but that we usually have to buy separately. The tech includes a built-in camera located on the chin bar as well as a Bluetooth comm system. A strip of colored LEDs located at the bottom of the visor gives the rider visual instructions for navigation, weather, and other alerts by changing colors and lighting pattern.

The lid is also equipped with a GPS chip and a flock of data collecting systems including barometer, gyroscope, accelerometer, and altimeter. This allows the lid to record your rides and send the data to your smartphone using Forcite’s proprietary app.

The outer shell is made of carbon fiber composite and the helmet apparently meets ECE 22.05 and DOT certification standards. There is no say when the helmet will be available stateside nor what the price tag will be but according to Forcite CEO Alfred Boyadgis, pricing is expected to come in below the $1,000 mark.