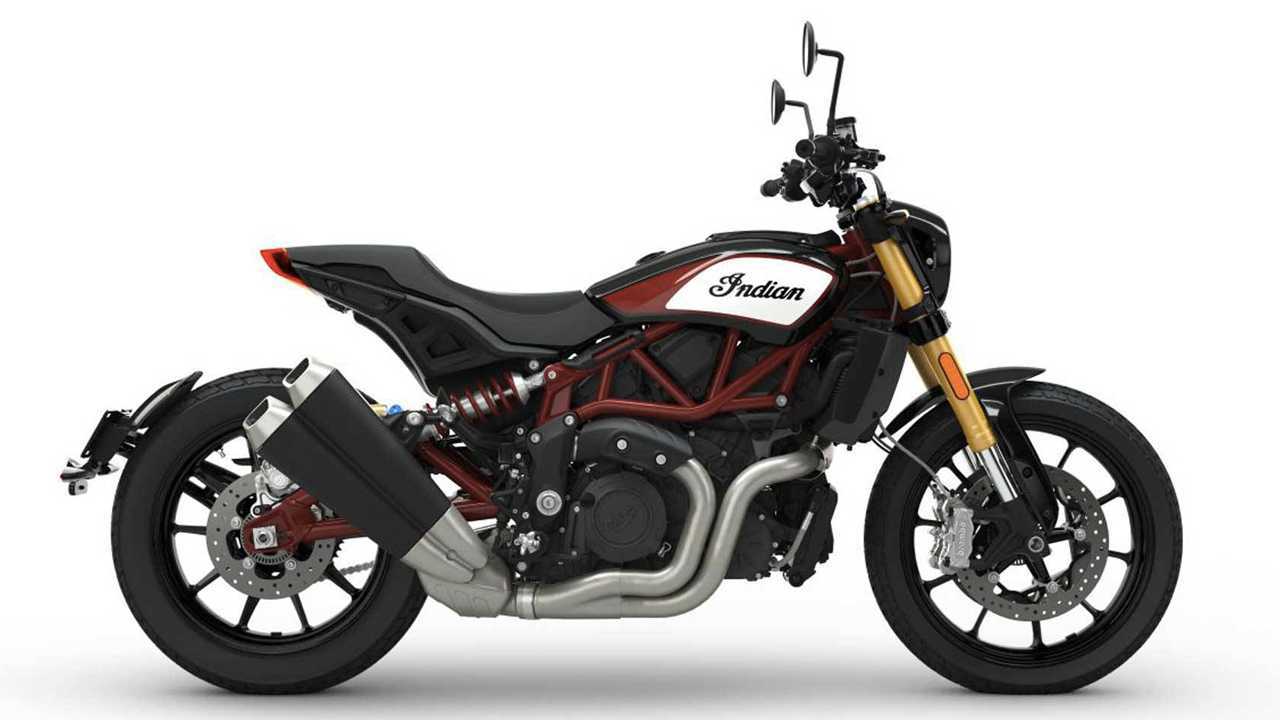 Indian's most anticipated motorcycle in years is worth the wait.

We at RideApart have been loving the idea of a naked sportbike by Indian ever since we first heard of it. It's a bold move for Indian, a company known for its cruisers and baggers. We've been dying to get our hands on one to see if the reality of the FTR 1200 lives up to its high expectations. After spending a few days with a Springfield Dark Horse at Sturgis, I had the unexpected opportunity to take one out for a quick spin.

Sitting on the FTR for the first time, it took a bit for me to get used to the completely different controls than the Springfield. While I'd spent the week riding with my feet in front of me, I had to kick my feet behind me to reach the pegs. Even knowing this, I found myself resting my feet on the shifter and brake pedals by accident while getting acquainted with the bike. Unlike any other Indian, this bike has a truly sporty riding position. It was even more aggressive than the Yamaha MT-09 I tried. That bike fit me like a glove and has been my benchmark for naked sportbikes for some time. Really, the MT-09 is a much more appropriate benchmark for this Indian than any Harley-Davidson.

As we took side roads out of Sturgis to avoid traffic I could already notice just how light on its feet the FTR 1200 S was. At roughly 500 pounds depending on how much gas is in the tank, it's no lightweight, but it felt much more than 300 pounds lighter than the Springfield I'd been riding all week. Despite being much taller it handled quickly and responsively, even at low speeds in town.

We headed west on Whitewood Service Road, parallel to I-90, and finally left the traffic behind. It was a fairly straight road, but there were enough curves and a 50 mph speed limit that let me play a bit. I was impressed. The 123 horsepower V-twin engine is completely different than anything else in Indian's lineup. It sounds completely different than the Scout or Springfield, particularly with the factory option of an Akropovic exhaust—an option you will want, both for the sound as well as because it looks better than the standard Indian exhaust.

Like other Indians, it has three electronic ride modes: Sport and Standard like other models, but instead of Tour mode, the FTR has Rain mode. Let's face it, you won't be doing any touring on the FTR, and the reduced power delivery is exactly what you'll want in wet conditions. While I didn't like the Springfield in Sport mode, I think the FTR should live in Sport mode. This is the type of riding the FTR is made for, and it works best when the engine is allowed to go full tilt.

Yet the FTR 1200 S differs from other naked sportbikes I've ridden where its power delivery is concerned. Indian has not tuned all of the V-twin characteristics out of the bike, and that's a good thing. The FTR is not lacking in horsepower, of course, but it still has a uniquely American feel in its torque delivery. I could tell that the FTR and the big 111 V-twin of the Springfield shared a little DNA in their feel. The MT-09's triple has plenty of torque, too, but there's something uniquely American about how a V-twin delivers it, whether on a bagger or a sportbike.

All in all, I thought my face was going to split in half from how wide my smile was pretty much the whole time I was riding this thing. The Indian demo ride leader I was with could see it, too, even though my enclosed helmet. That, more than anything, tells me how much fun I was having.

I love that Indian has made a naked sportbike that is fully competent in its own right, but that has just a little bit of classic American feel to it as well. Every other Indian model is a classic American design. The FTR 1200 S leaves this far behind, but it also doesn't forget where it came from, either. It's not the first V-twin powered sportbike, but no Ducati feels quite like this. Despite being a radical new direction for Indian, seeing that name on the side of the gas tank actually seems right.

Even parent company Polaris is surprised at just how well the FTR 1200 S is selling. Indian's sales grew by 15 percent in the second quarter of 2019 while Harley-Davidson sales stagnated. Polaris credits much of this to the success of the FTR 1200 S.

More than anything, I think this points to the direction that American motorcycle manufacturers need to go. The FTR 1200 S is an excellent step in that direction, and Indian is already reaping the benefits. To Indian, I say, "More like this, please." Indian is already playing with different versions of the FTR 1200. I'd love to see them add a smaller FTR 750 or similar to the lineup as well, particularly since that's what they race in American Flat Track. It's the perfect marketing tie-in. Plus, it's something that Harley-Davidson is absolutely not doing at all right now, relying on their legacy cruisers, baggers, and touring bikes (except for the LiveWire, but that's another story). Indian should keep building these bikes for as long as they can sell them, but starting to position themselves as a reputable sportbike manufacturer as well will help them, and possibly save them, in the long run. Harley-Davidson would do well to wake up and smell the FTR-flavored coffee.