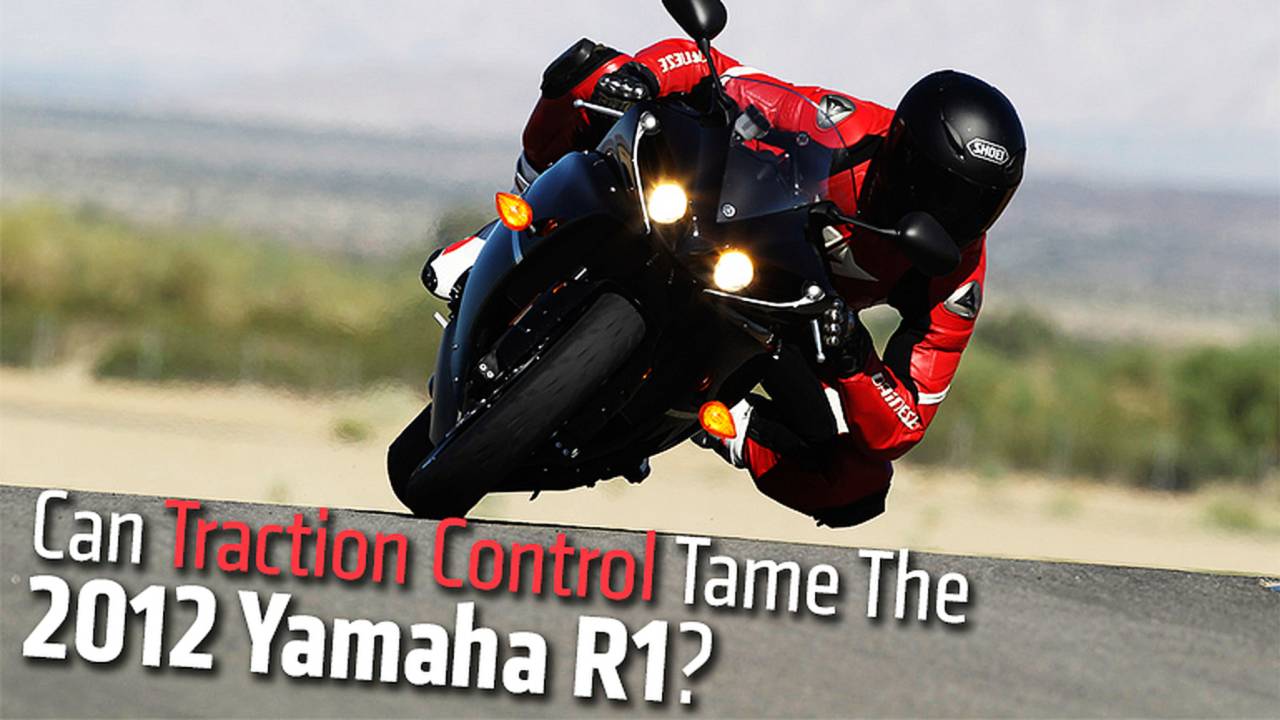 The 2012 Yamaha R1 is updated with the addition of traction control, smoother fueling and a new rear shock to make the 180 bhp superbike more exploitable.

The 2012 Yamaha R1’s been updated with the addition of traction control, smoother fueling and a new rear shock, all in the name of making the 180 bhp superbike more exploitable. Who’s more qualified to judge the effectiveness of those improvements than Adey? Currently the fastest street rider in Los Angeles, you can find him on any given Sunday tearing up The Snake aboard his heavily modified 2009 R1. The upgrades he’s made have similar goals to Yamaha’s own, so he’s intimately familiar with both the R1’s limitations and its potential. — Ed.

So I get a call from Wes to go to Palm Springs to ride the 2012 Yamaha R1 on its media launch. We spent a day on the mountain roads between there and Idylwild, then a day at Chuckwalla Raceway. That’s a good a test as any to see if the fueling is now smoother, the rear shock more controlled and whether or not the traction control is up there with rival systems like APRC.

As I roll up to the hotel to valet my Escalade, I see a line up 2012 R1’s neatly arranged by color. At first glance, I wasn’t able to spot any styling changes but those colors. Then I got up closer. The revised upper cowl, including the LED running lights and reflector strips, is much more aggressive, making the Yamaha look like it has a serious attitude problem. Which it should. Wouldn’t you be angry if all the world’s motorcycle media spent the last three years calling you a fatty? There’s also slimmer exhaust covers, a modification that really sharpens up the tail.

To me, the R1, for the last nine years, has been one thing above all other superbikes — an ultimate cornering machine. The introduction of the crossplane crankshaft in 2009 complimented that prowess by enhancing a rider’s feel of what the rear wheel was doing, meaning you could get on the power that much earlier in complete confidence.

As my confidence grew, I started playing with less conservative levels 3 and 4. Those settings allow you to slide the rear out of corners like a pro, just in complete safety. Ever ridden an R1? Imagine riding in aggressive A throttle mode, then, as the rear wheel begins to spin, switching to mile B mode. That’s what it feels like when TC saves a slide. the power delivery soften enough that you can ride out the slide without letting off the gas one bit.

Add up all the changes Yamaha’s made to enhance traction as much as possible — the shock, the crossplane, the fueling, the TC — and you have a bike that’s just totally optimized for driving out of corners as hard as possible.

After having to modify my 2009 R1 so much to get around its fueling and handling limitations, I honestly didn’t expect to like the stock 2012 so much. Especially on OEM tires. But, once warmed up, the new Dunlop Sportmax Qualifier IIs I was able to get some serious lean angle for the photographer.

The big question here is, “is it worth spending up to the 2012 R1 over a used model with a budget for modifications?” I have to say, after riding it hard on street and track, go for the 2012. Its smoother power delivery and all the other subtle changes really do make it a better overall package. Plus, you gain this huge safety net in the form of traction control. The 2012 R1 gives you the confidence to push the now-higher limits. I know I liked the changes. Now, I can’t wait to get my hands on the 2012 model so I can show you guys how it looks in action on the road. The 2012 Yamaha R1 is an all-round better bike in stock trim.