What it is, what it isn't, and why it still matters.

Introduced in Europe in 2001, the Yamaha FJR1300 is among the oldest production bikes currently being flogged by a major manufacturer. With the introduction of the new BMW K1600GT and Honda VFR1200, the revised Triumph Sprint GT and continued competition from the more powerful Kawasaki Concours 14, it’s suddenly competing in a very crowded segment too. Can 2001 technology still hack it in 2011? 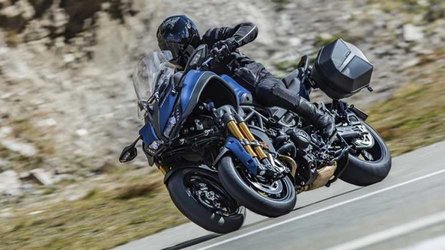 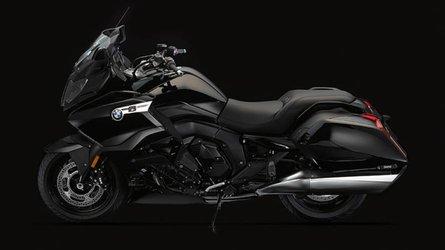 It isn’t a sportbike.

The first twisty road we got to last weekend, Box Canyon Road, I pulled over and waited for my friends to pull away, gave the FJR full throttle, then passed them on about the second corner, continuing that pace all the way up to Interstate 10. This is a road I know well and where, on a bike like an R6, I’m comfortable getting my knee down in most of the corners. It’s completely flat and most of the corners are 3rd gear sweepers. The FJR did it and did it well, but couldn’t deliver the kind of feedback and, therefore, confidence that R6 could.

On that road and others, no matter how much preload or compression (the only adjustments) you dial in, there’s always a curious vagueness from the front end. With the rear preload on Hard it’ll hold a line without bobbing and weaving, but I never became confident enough to really throw it into a corner hard enough to achieve real speed.

But it is fast.

So it’s no R6, but it isn’t built for R6 duties. The FJR is built to carry you a long way in all weathers, with luggage, in comfort and to be safe and fun the whole while. Where it excels is at 3/4 pace. Above the speed limit but below ludicrous speed. There, you can waft along on the huge spread of torque — 99lb/ft in all — and it’ll steer, corner, brake and accelerate easily and intuitively, defying its 644lbs wet weight. Ridden like this, you can maintain a fairly impressive pace for hours at a time, the FJR demands very little of its rider.

With 142bhp, you’d expect more top end rush than there is, but I still managed to see 130mph while two-up.

The friends I rode with this weekend are pretty new and all ride older bikes. CB400s, ‘70s BMWs and whatnot. So they’re slow. With the exception of the occasional hoon session on mountain roads, I needed to keep an eye on them too. One guy in particular seemed to fall over every time I took my eye off him. But even spending hours cruising at 50-70mph, the FJR was infallibly comfortable. No butt ache, no neck ache, no wrist ache, no cramped legs, nothing. Not in four days of 100-degree + temps and all-day riding.

So far, I’ve carried two passengers on the FJ. A 120lbs girl and Sean, who’s about 175. With the girl snuggled up behind, performance was utterly unaffected. Except for the arms around my waist, I couldn’t tell she was there. Perhaps because he sat a little further back, in addition to the extra weight, Sean was more noticeable. But while he took a bit of weight off the front and made the center of gravity higher, performance and handling didn’t seem to mind. I could still easily lane split, accelerate, brake and take very low-speed corners in confidence. Nice big grab handles and a very large, flat seat means the passenger is comfy too.

Come tearing up behind another biker on the highway wearing a white helmet and black leather jacket on the FJ and you’ll freak them out. Split lanes and dozy car drivers will move out of your way. Other cops will glare at you suspiciously. Seeing the big fairing, big screen and white helmet in their mirrors all weekend never stopped creeping out my friends.

That’s sort of a nice descriptor for the riding experience. You feel like a cop too, making smooth, effortless, responsible progress. I gave up on hanging off halfway through the weekend and started sitting upright like a cop too.

This is where it gets interesting. The K1600GT blows the pannier lids off the FJ in terms of straight line performance and handling — in corners, it has the feel, confidence and response of a superbike. But, the big BMW is $5,410 more. Is it worth the difference? To us it is, delivering two bikes in one — a big tourer and a sportsbike — but then we can’t afford a $20k bike anyways.

Closer in price is the $15,999 Honda VFR1200, which performs similarly to the FJR, yet utterly lacks its comfort and sheer competence. The $13,399 Triumph Sprint GT is sportier, but by all accounts was thoroughly spoiled in transformation from ST to GT.

The closest rival is the Kawasaki Concours 14, which is nearly a grand cheaper, makes 15bhp and 3lb-ft more. It shows its younger age too. Where the FJ only has five speeds and very little in the way of toys, the Concours has six and neat gadgets like a keyless ignition. It’s been a while since I’ve ridden the Kawasaki, but if memory serves, it has the handing edge too. 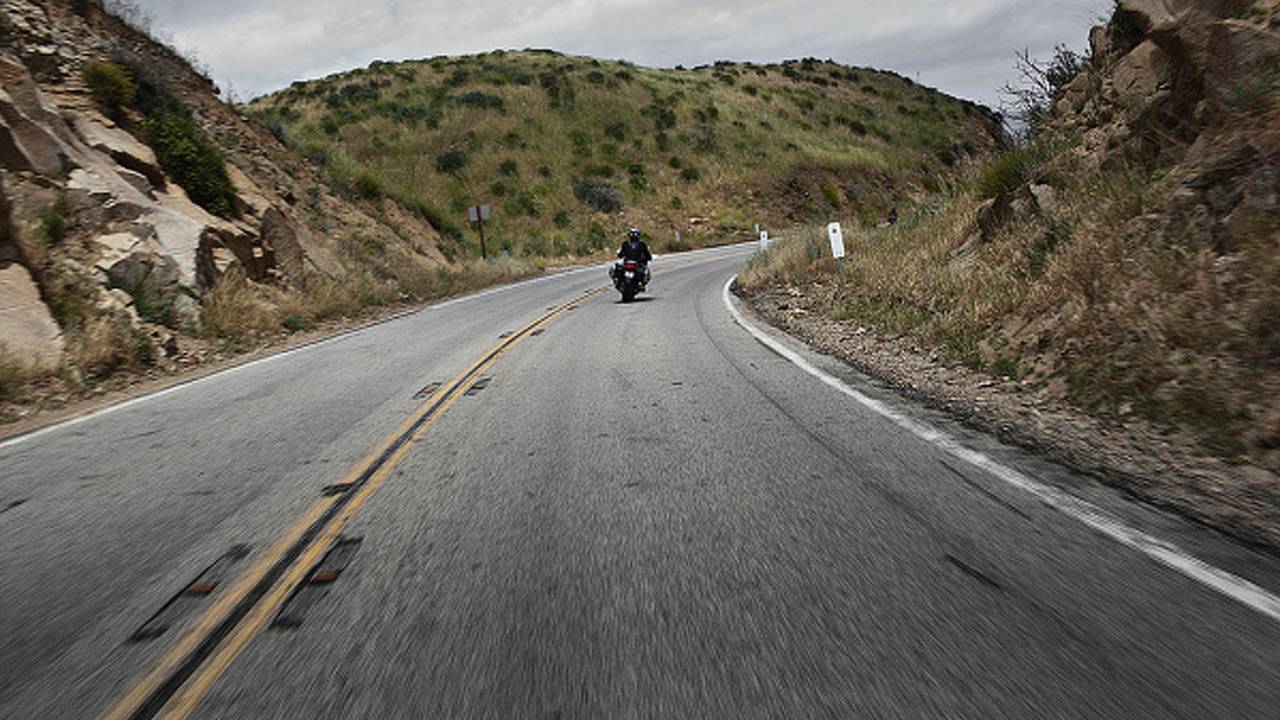 A motorcycle for the real world.

But even without toys and at a slight performance and handling deficit, the FJR excels away from the spec sheets and back in the the world of real riding. It doesn’t have the BMW’s fancy electronically adjustable suspension, but a lever under the seat swaps shock preload from soft to hard in less than a second. Try navigating the BMW’s array of buttons in less than a minute. The headlights don’t auto adjust or swivel around corners, but big manual knobs mean you can adjust the beam height on the move. There’s finger adjusters for the fork preload too, so throwing a passenger on should only require a couple seconds of tweaks.

But that’s all stuff you’re going to play with once or twice, then forget exists. Instead, it’s the fundamental basics of the FJ that make it such an impressive motorcycle. Where rivals like the Honda struggle to fuel cleanly, Yamaha’s 1298cc inline-four is buttery all the way from idle to the 9,000rpm redline. Despite the weight, it’s easy to ride at very low speeds. Despite the width of the panniers, it’s confidence inspiring while splitting. Everything you need it to do when you’re actually riding it, it does competently and immediately and without fuss. Stuff like screen height doesn’t look sexy in print, but those expensive BMWs have screens that interfere with vision and, despite electronic adjustment, don’t really change how the wind hits you. The FJ’s always stays below your line of sight and radically alters the pressure on your helmet.

If you’re commuting, if you’re doing distance, if you just want an all-round competent motorcycle, then the FJR’s still got it.