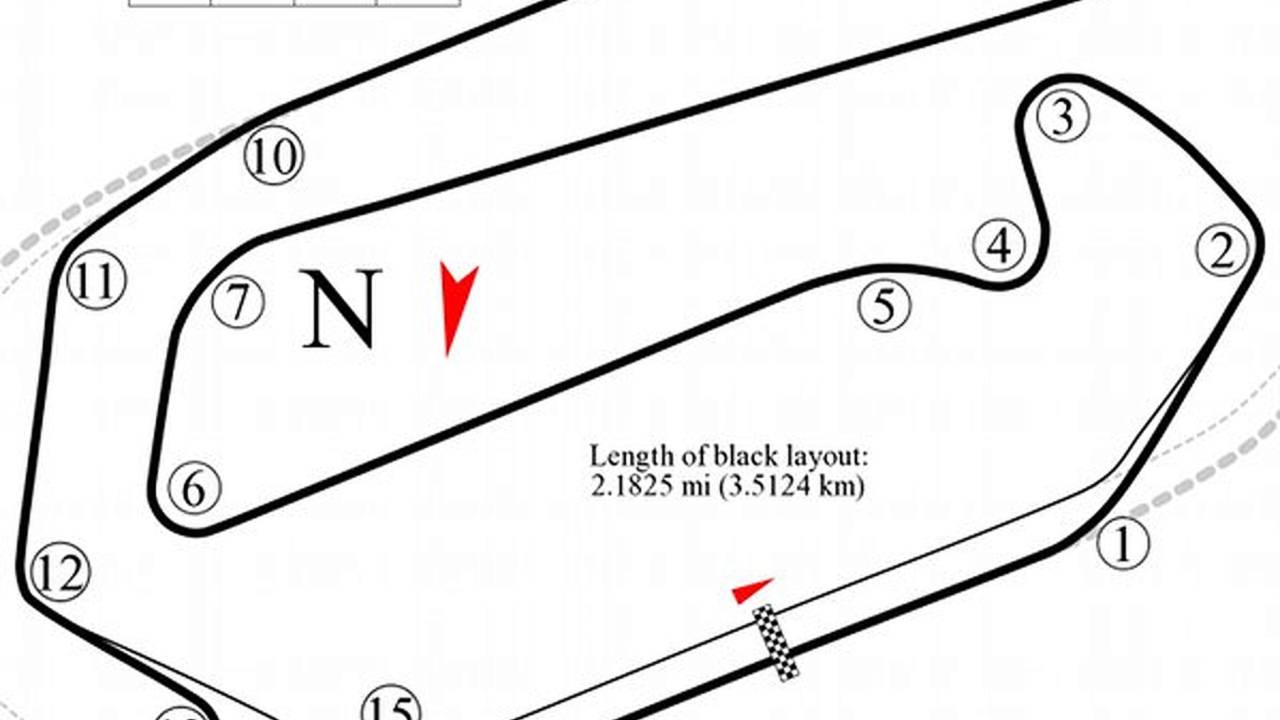 No traction control. No ABS. Down on power and heavier than most rivals. It’s easy to write off the 2012 Suzuki GSX-R1000 before even riding it. But should you? We flew down to scenic Homestead, Florida, home of a NASCAR track, to find out. Paper, Performance and foregone conclusions Burdened by the weight of testosterone and bragging rights, it’s common to see the conversation on new motor...

No traction control. No ABS. Down on power and heavier than most rivals. It’s easy to write off the 2012 Suzuki GSX-R1000 before even riding it. But should you? We flew down to scenic Homestead, Florida, home of a NASCAR track, to find out.

Burdened by the weight of testosterone and bragging rights, it’s common to see the conversation on new motorcycles take a prescribed path. Bike debuts > “experts,” some real, some imagined, break down the specs and draw conclusions > people with rival loyalties agree, those dyed in on-brand colors counter, invariably with “don’t write it off before you ride it.” As if there’s some hidden magic in motorcycles that can’t be divined from a list of numbers.

Is there? Well, things have gotten complicated these last few years. It used to be that a new performance bike would come out a few pounds lighter and a few horsepower up on previous models. Maybe a little shorter or a littler steeper of benefitting from new tire technology too. And, you know what? Surprise of surprises, those bike were a little faster than the ones released two years previously. That got us all the way from 1986 GSX-R750 to 2008, when the BMW S1000RR was released.

There’s a certain amount of irony in that timeline. That BMW, revolutionary as it became, was basically a 2005 GSX-R1000 wearing asymmetric plastics and a bunch of fancy electronics drawn from the company’s expertise in car racing. Same geometry, same motor architecture, a fancier valve train, but, ABS and traction control that make you faster rather than slow you down, in a world of bikes that are now unrideably fast, made a world of difference. Suddenly, after decades in the lead, the Japanese were left playing catch up. Aprilia’s APRC hammered that home, taking the S1000RR’s capability and making it more fluid and more broadly applicable.

The GSX-R doesn’t have traction control, launch control, wheelie control, ABS or any of the other performance-enhancing electronics that now grab headlines that used to be dominated by power and weight. It doesn’t help that, at 182bhp, 87lb/ft and 203kg (wet), it no longer has a power-to-weight advantage either.

You’ve heard of Homestead because it got wiped off the map in a hurricane a few years back. Not much has changed since. There’s a Lone Star steak house, fat people in denim shorts, some highways and, now, a NASCAR track.

Vehicles capable of doing more than running into each other and turning left use the infield, a basic road course with — gasp — the occasional right hander, built into the big grass space in the middle of the oval. If it wasn’t there, it’d be where rednecks would park their RVs before taking their shirts off and fighting one another. Bikes and fast cars take advantage of the two main straights, peeling off before the steep bankings.

Here in the land of racing-as-wrestling, converted oval tracks aren’t exactly uncommon. What makes Homestead unique isn’t just its appealing location, but its weather. It’s so fucking hot and humid here, on land recovered from the Everglades, that the race cars ripple the pavement on apex, necessitating the use of concrete pads on most apexes to increase track longevity. Those don’t bother the cars, but polished by thousands of spinning tires, they’re exactly the kind of thing you don’t want to encounter on a bike. 10-feet wide and 10 yards long, the concrete pads track the (car) racing line, bending with the corners. Someone, thoughtfully, left enough space for a bike tire on the inside, but that path is artificially tight, overlapping the ideal bike line on both entry and exit. It’s going to be really interesting to see how AMA racers handle passes when they race here for the first time this season; there’s not a lot of room for getting creative with lines.

Riding here after overnight showers, in conditions so humid that evaporation isn’t really a reality, was pretty sketchy. Second lap out, still doing lead/follow warmup, I had a front end slide on Turn 6. Caught it, but the guy behind me didn’t and went down. The rest of the day, cut short by afternoon showers, was spent trying to find a line that didn’t cross them. In some corners that was easy, in most it wasn’t. The overall effect was that more time was spent staring wide-eyed at concrete, sphincter puckering all the while, than was used to track braking markers, apexes and exits. Sort of a motorcycle press launch version of clown cars.

Suzuki describes the ’12 GSX-R as a “refined version of the 5th generation.” That generation being the one introduced in 2009. The changes are incremental:

1. Total weight is down 4.4lbs. Largely due to the switch to a single exhaust can that uses a much smaller collector and catalyzer, but unsprung weight at the front is also slightly reduced.

2. The exhaust valve is retuned to bring some minor advantages to low- and mid-RPM torque.

3. Pistons are 11 percent lighter thanks to a thorough finite element analysis that more finely webs their undersides.

4. Cylinder ventilation holes are now larger and pentagonal in shape, minimizing pumping loses inside the engine.

10. Settings in the front forks (Showa BPFs) are altered in some undefined way.

12. The material used to coat the rider seat is grippier.

14. The single-color-per-panel design is swapped for graphic stickers. You can’t really see it in the photos, but a tacky diamond plate graphic is ghosted behind the GSX-R logo on the side fairings, you know, in case the squids felt neglected, brah.

It’s easy to focus on the headline grabbing spec and feature sheets of bikes like the 1199, ZX-10R, S1000RR and RSV4. But, none of those has anything like the race track success of the GSX-R1000.

It’s easy to lose sight of reality in all this talk of electronics and a couple more BHP. You shouldn’t. The GSX-R might be a three-year old bike. But, three years ago, superbikes were pretty damn amazing, and that hasn’t changed. Anything that’ll put 150mph+ on its clock the second session out on track deserves real respect and anything that can shed that speed instantaneously, while delivering real feedback and do so again, and again, and again, all day, for $12k, doubly, triply so. Criticizing the GSX-R is a case of splitting hairs. This thing is still fucking fast and fucking scary. Just a percentage point or two less so than some rivals. It’s still more bike than most riders are capable of fully exploiting, including me.

This trackday was my first time trying Bridgestone’s new R10 race tires. We didn’t get the chance to ride on the stock Bridgestone S20s. Front end feel and grip from those tires was excellent — it was pretty easy catching all those front end slides — but, in combination with the GSX-R’s relatively limited shock, they were unexpectedly eager to spin up getting on the power hard out of low speed corners. What looked like showing off to people standing trackside was really me crapping my fancy Icon leathers.

For such a flat track, Homestead is a relatively bumpy one with perceptible elevations between strips of pavement and that transition from banking to flat track four times a lap. The GSX-R’s speed sensitive steering damper was great over those bumps though, immediately calming high-speed wiggles, but not interfering with low-speed steering.

Feel through the BPFs is great and combines with linear steering response to make putting faith in the front tire easy. Be it tires or fork settings though, neither response nor feel was up there with the new CBR. That thing sets new standards, this Suzuki is excellent by the old ones.

The GSX-R has a slightly shorter wheelbase than its Japanese rivals. Pin the monoblocs into a corner and its ridiculously easy to get the rear tire off the ground, so the standard slipper clutch is very welcome entering corners, making things easy and worry-free, leaving you free to panic about the concrete. Agility isn’t up there with higher-end rivals like the RSV4 though. It feels like a much larger bike, especially during side-to-side transitions.

Like the 2009-11 model, this new GSX-R takes advantage of a partially ride-by-wire throttle to offer switchable throttle maps. Thanks to a second switch, which rotates through A, B and C in reverse, switching between the maps becomes a little easier. A is full fat mode and what you'll be riding in on track most of the time. In it, the transition from fully-closed throttle to partially-open is a little abrupt and jerky, but predictable and intuitive everywhere else. B softens both throttle response and delivery up to just shy of 10,000rpm, where things take off again. That slower response to right hand twists is the chief benefit, making things a little more fluid, predictable and easy. It'll be a good mode for road riding. C cuts the GSX-R's balls off.

The end result of all that is a bike that feels like a base line for the superbike class. It’s everything you expect, want and need, but not much more.

The S1000RR makes more power, has ABS and TC, but costs three grand more. The Kawasaki brings less of a premium, but still has those features and that power. The 1199 is smaller, lighter, adds electronically adjustable suspension and classy red paint to that list, but costs even more money. The RSV4 R has better electronics than any bike so far, plus an epic V4, and is shorter, sharper and lighter, but again at a real premium. The R1 sounds like a V4 and adds traction control. Just don’t put it in front of any mirrors you don’t want to break. The closest competition is going to be the 2012 Honda CBR1000RR, which is also stuck a generation behind the electronics and insane power of all the other liter bikes.

That Honda makes up for its shortcomings with amazingly intuitive feel through its new suspension. The BPF forks are similar to the GSX-R’s, but end up feeling far more refined. The CBR’s twin-tube shock is in another league all together, finding grip in places the Suzuki will simply spin. The CBR’s handling is revelatory, the Suzuki makes what feels like a little more power.

Why you should care about electronics

So you’re a total badass. Your dick is bigger than everyone else’s, your leathers larrier and your knee more familiar with what the pavement feels like on The Snake. So fuck off with your pansy ass electronics, right? Real mean don’t need ‘em.

Know what? You’re a dinosaur. TC will allow you to put the power down sooner, harder and yeah, safer. That’s going to make you faster. And that’s the point of getting dolled up in skin tight leather every Sunday morning, right?

We were out on track with AMA something something's Blake Young.

What it all adds up to

Ridden a 2009, 2010 or 2011 GSX-R1000? Then, aside from better brake feel and power, you pretty much know what you’re getting here. Suzuki persists with an archetypal inline-four superbike — big power, big torque, sharp handling — while every other competitor now pursues some distinction within that. The R1 got all crossplane crankshaft, the CBR got all light on its feet. The ZX-10R makes a retarded amount of power, controlling it with SBK-spec electronics.