A tale of two Bonnevilles

What you’re looking at here is the 2012 Triumph Bonneville T100. It swaps in a 19-inch, spoked front wheel, tubes, two-tone paint, a flat seat, more conservative suspension geometry and higher, narrower, more swept back handlebars for a $1,400 premium over the standard Bonneville. Worth it? Nope. Those mods effectively ruin what’s otherwise a great bike. Photos: Grant Ray Confidence Late...

What you’re looking at here is the 2012 Triumph Bonneville T100. It swaps in a 19-inch, spoked front wheel, tubes, two-tone paint, a flat seat, more conservative suspension geometry and higher, narrower, more swept back handlebars for a $1,400 premium over the standard Bonneville. Worth it? Nope. Those mods effectively ruin what’s otherwise a great bike.

Late one night, riding up the 101 on a Honda CB1000R, I actually had to work to keep up with Sean and Ashlee, two-up on a stock Bonneville. On Tuesday, riding a Yamaha SuperTenere, I had to sand bag so Grant could keep up on the T100. That was just highway cruising. All three of us are pretty much on the same pace under normal conditions. So what gives? Why can the stock Bonneville give modern sportsbikes a run for their money, but the “premium” version falls so far behind?

Speed on a motorcycle isn’t so much a product of power-to-weight as it is the simple ability to instill confidence. I can ride an Aprilia RSV4 Factory APRC SE faster than I can a BMW S1000RR because the Italian bike is so much more communicative and intuitive. Extreme acceleration and lean angles become as natural as riding a bicycle due to a complex mix of geometry, damping and spring rates, fueling, tire pressures and compound and a long list of other factors. In the real world, it’s the impossible-to-define “feel” that makes a motorcycle fast. And that’s where the T100 falls behind.

Hopping on the T100 the day after three straight days of binge drinking, I was given the impression that my hangover was far worse than originally thought. What’s usually riding became toodling. I suddenly found it perfectly acceptable to wait at the rear of a queue of traffic instead of plowing through it. Cars passed me on multilane roads. I was pulling away from traffic lights like a learner, slipping the clutch to avoid really opening the throttle.

That’s about as out-of-character as I get. Any other day sees a wide variety of motorcycles getting the life flogged out of them, in and around southern California. Very few people are as confident in congested urban traffic or on crowded freeways. But, I think I was faster across town on a Piaggio Typhoon 125 scooter than I was on this 865cc Triumph.

With a frame and engine identical to the Bonneville, the differences between the two bikes are really of the dress-up variety. Already styled to mimic the ‘60s, the T100 gains a bunch of shiny chrome parts and a two-tone paint. The additions work well, so far as attracting attention goes. It’s rare to ride a bike that attracts the attention of so many old men as the T100 does. If you’re really struggling to find a geriatric sugar daddy, this bike would be a good place to start.

- A longer fender with chrome stays.

The problem is that, in pursuit of that more retro look, Triumph has thoroughly de-contented the Bonneville of what few modern components it actually has.

- Wet weight increases from 495lbs to 506lbs largely, we’re guessing, due to the wheels.

None of the above is terribly drastic, but it’s a thorough and successful program of dulling the steering and handling. And that’s before you get to the wheels, which, in addition to being fitted with shitty tires, feel like they add a ton of unsprung weight. The latter blunts acceleration and braking; increased momentum resists the forces of the engine and brakes. By giving the (softer) suspension a harder time, it also makes the ride harder and reduces traction; the suspension is less able to do its job of keeping the tires in contact with the road.

Sadly, that’s not the end of the trouble either. Triumph has thoroughly altered the T100’s ergonomics. We think for the worse.

- A slightly taller, but much flatter seat.

It’s really the bars and your now-tucked-in elbows that make the big difference there. But, because your hands sit higher too, these ergonomics combine with the more relaxed suspension geometry, taller tire and heavier wheel to utterly spoil the feel the stock Bonneville delivers through its front end. On the T100, that feel just isn’t there. 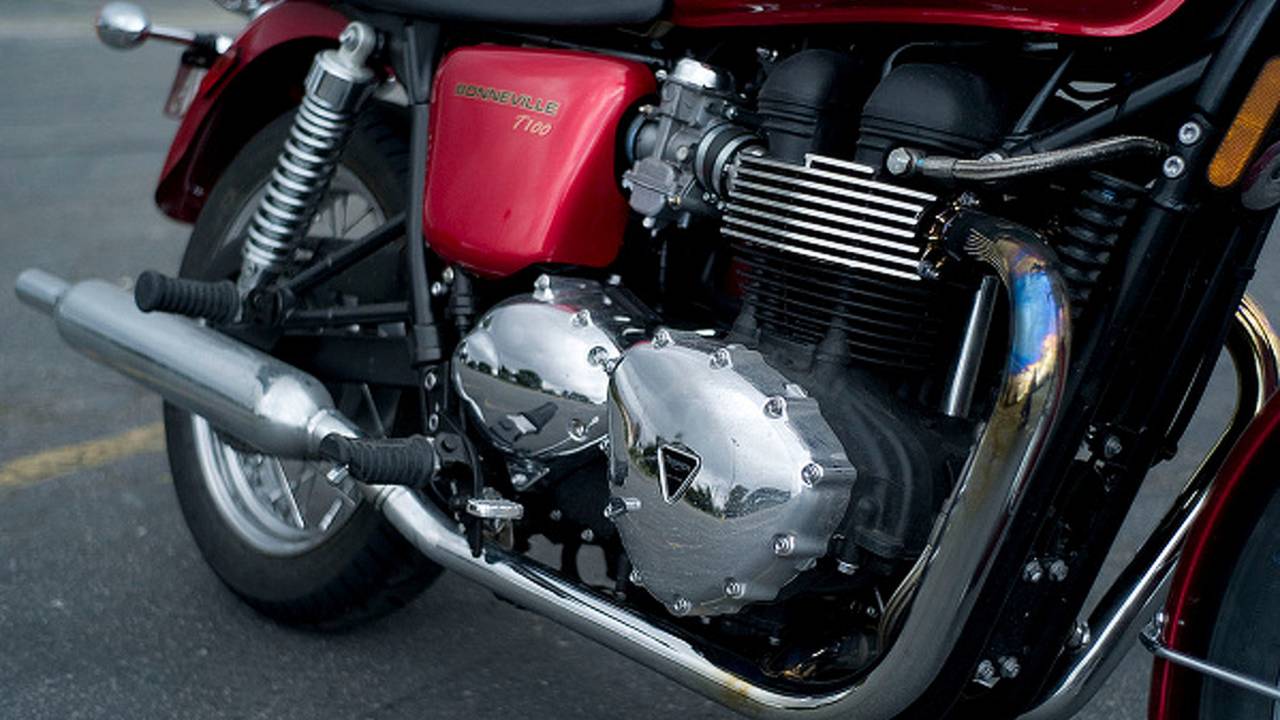 The stock Bonneville actually makes a great bike for carrying passengers. Its smooth engine doesn’t scare them, yet is capable of good progress. The seat is very low, but usefully higher than the rider’s seat, allowing girls to look over your shoulder. What feels like firmer damping in the shocks does a good job of supporting their weight.

The T100’s retro-style flat seat pretty much spoils this. The ergonomic relationship between rider and passenger becomes odd, with them sitting on the exact same level as you, there’s no where for their helmet to go accept into the back of yours. Clock. Clock. Clock. That’s caused by the worsened ride you can thank those heavier wheels for. I mistakenly assumed the burgundy and cream T100 would appeal to the aesthete I’m definitely not dating. She just ended up calling it “that skippy bike.”

Riding around two-up on a rare wet day in LA, the decreased traction caused by the crappy tires and increased unsprung weight reared its ugly head, as did the decrease in control caused by the impaired ergonomics. Slick roads that normally wouldn’t have been a big deal became fairly treacherous, with several decent slides and a general slowness that left us out in the rain longer than I would have liked. We were soon back in her X5. 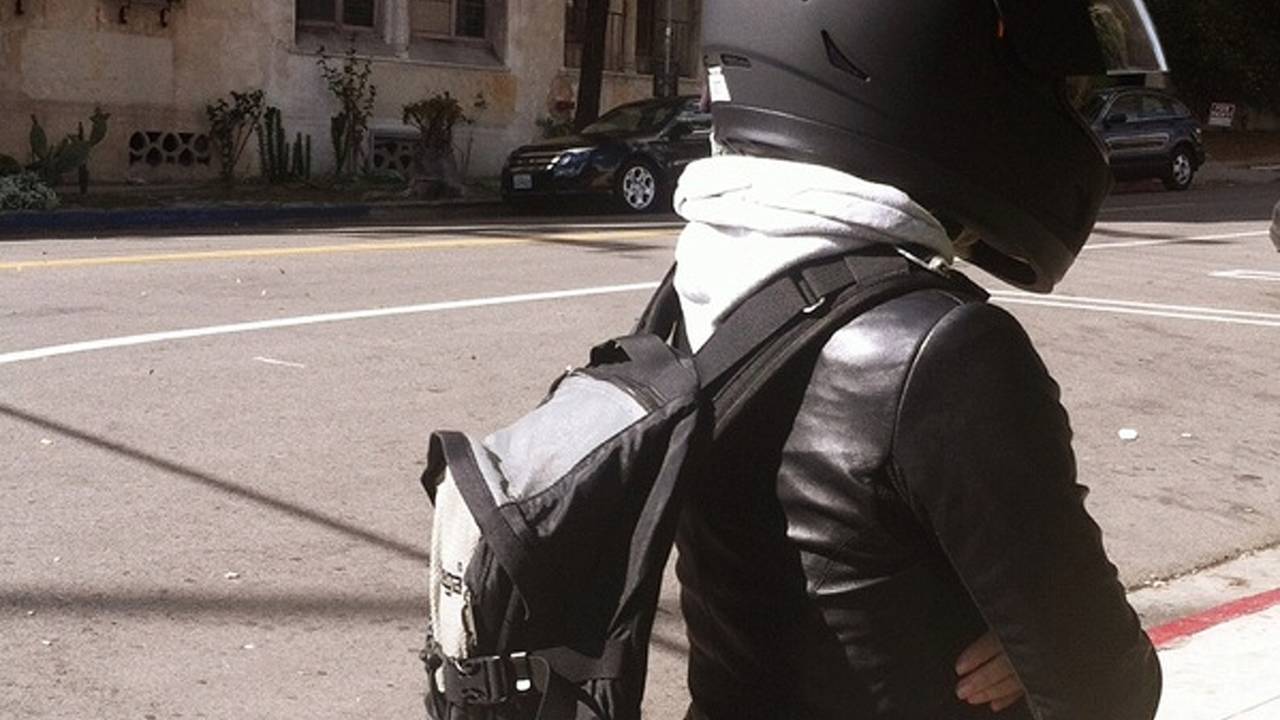 Not a happy customer.

I just asked her to remind me what she said about riding on the back. “It just felt cheap,” was the response. A fairly good summary of the T100 all round. In contrast, Ashlee loved riding around on the stock Bonneville so much with Sean that she now wants to buy one.

You see, back in the good old days, when you knew where your penis was and hair wasn’t just something on your dog, bikes were slower than they are now. And there’s never been anything wrong with accessible performance. But, those old, slow bikes were fun because they had character and were involving to ride. The modern fuel-injected, 865cc parallel-twin in the Bonneville and T100 is a smooth efficient motor, but you could never accuse it of having much in the way of character. Through the stock peashooters, you can’t even hear it, fuel-injection removes any co-dependence between man and machine and the entire package feels more like an impediment than it does a tool.

In contrast, the stock Bonneville doesn’t have much more in the way of character, but instead combines good looks with modern performance, creating a friendly, accessible, useful package that you can really make use of. On that bike, you end up complaining about ground clearance in high speed corners. On the T100, you just can’t be bothered to go around corners in anything approaching an enthusiastic manner. 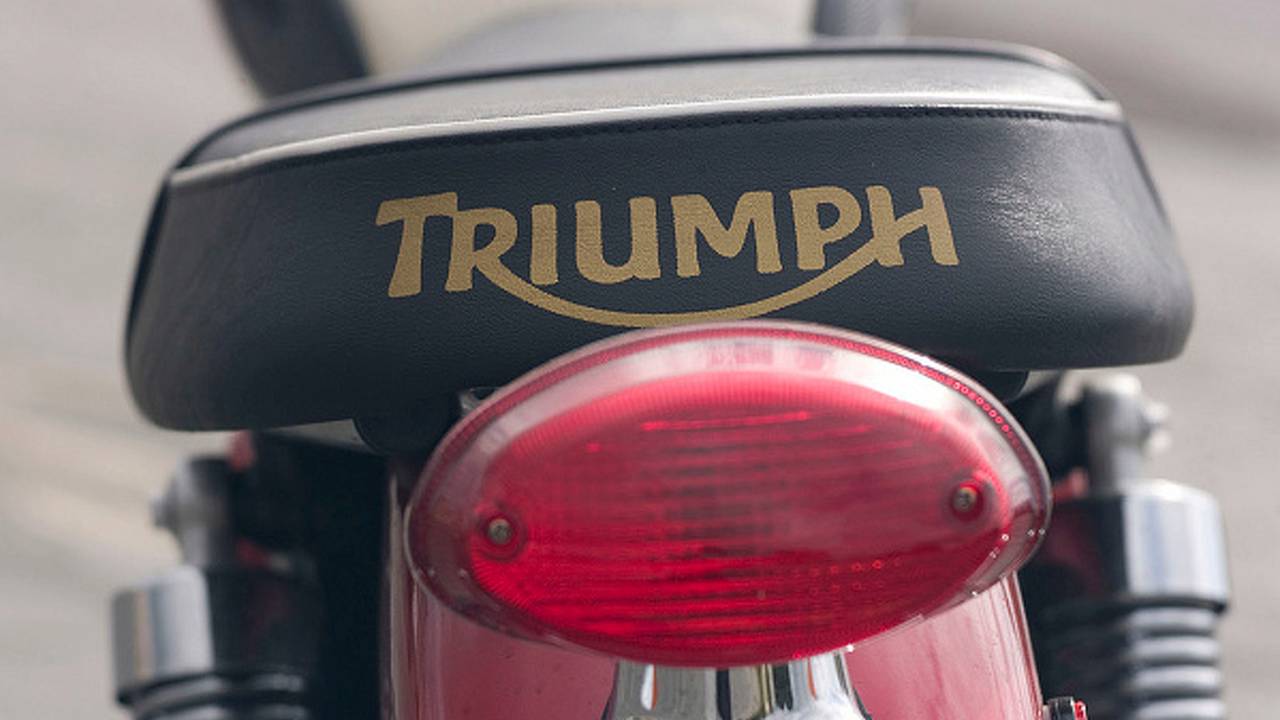 And that’s the T100’s big problem. It asks you to spend $1,400 more on a machine which is inarguably inferior to the one it’s based on. The Bonneville is probably the best of times you can expect on a retro-style bike. The T100 is a long way from being the worst, but it’s still worse. Just buy the regular Bonneville.