Since the original 750 was introduced in 1985, Suzuki’s sold over a million GSX-R sportsbikes. As the name suggests, this new 2013 Suzuki GSX-R1000 1 Million Commemorative Edition celebrates that milestone. But, 28 years later, the motorcycle world is a very different place. Is the GSX-R now what the GSX-R was then? 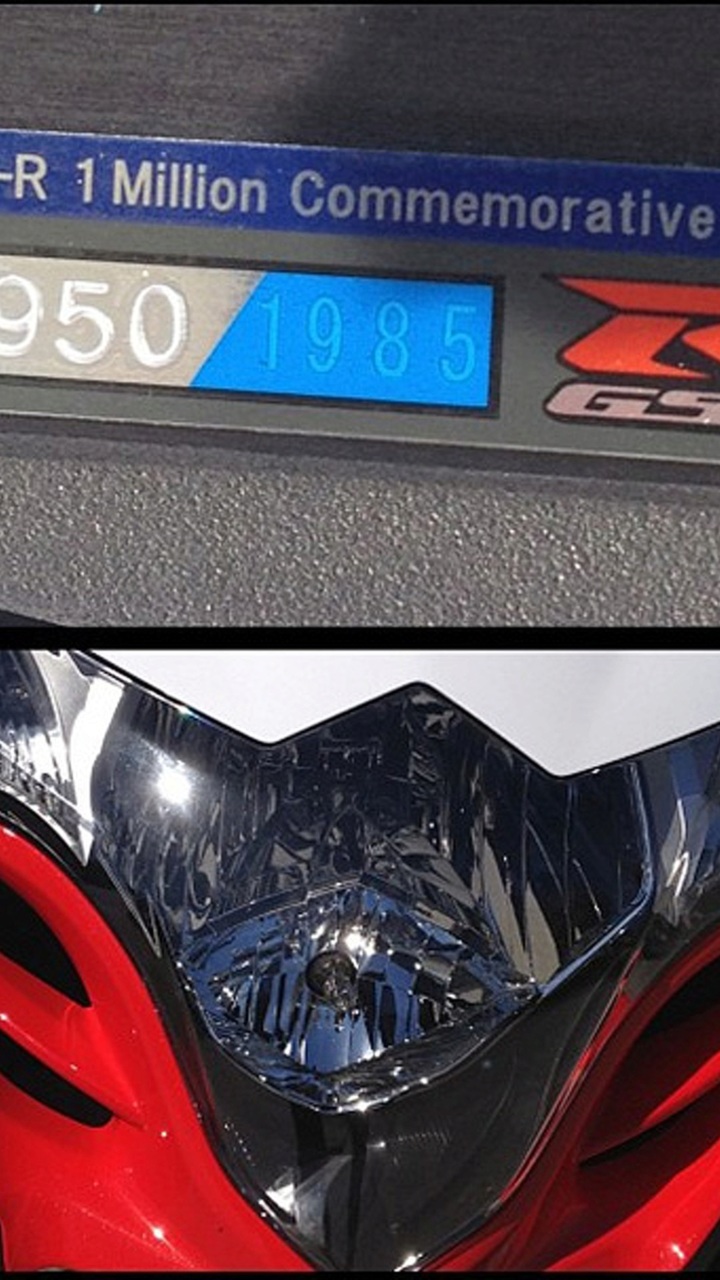 Only 1,985 units of the 1 Million will be sold worldwide, each denoted by a special plaque on the top clamp. As you can see, ours is number 950.

In addition to that plaque, the 1 Million adds: unique (and much classier) graphics in traditional GSX-R white and blue; red anodized fork caps; gold colored forks; a red spring on the shock; black calipers with a red “Brembo” logo; “1 Million” wheel stripes; a unique key fob with a red “R”; a single seat cowl as standard.

Most noticeable is the newly red nose. We lovingly christened the bike “Rudolph,” but that that feature is actually a nod to Suzuki’s Bol d’Or racers of the 1980s, which had red number plates, and we all unanimously agreed it’s a sharp looking add-on.

Other than that, the bike is identical to the 2012 Suzuki GSX-R1000 we reviewed last year, itself, a mild update to the one that’s been around since 2009. That’s not necessarily a bad thing; this is still an exceptionally fast bike, making 182bhp, 87lb/ft of torque and weighing just 447lbs (wet). 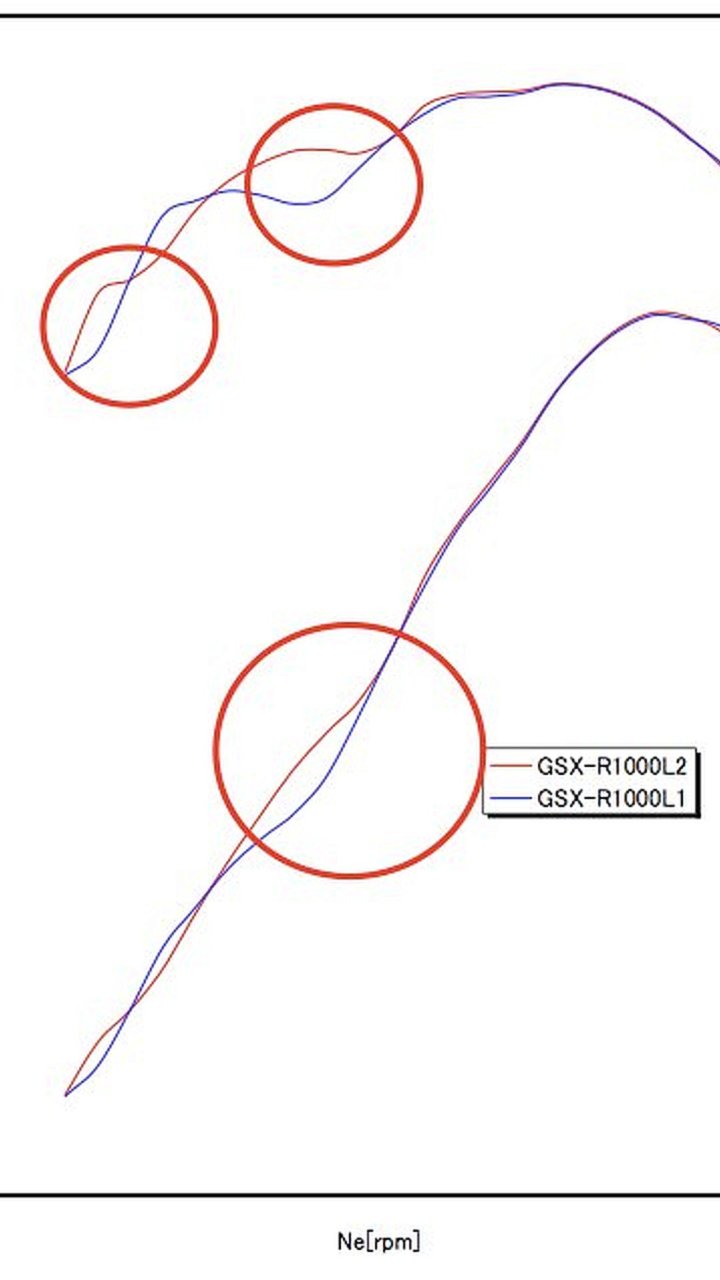 Small improvements have been made to smooth out fueling in the mid-range.

Over that 2009 model, this current model receives 12 updates:

Wes threw me the keys to the GSX-R for a few days and I used it around Los Angeles as sensible transportation, then hit the Malibu canyons on it two days in a row, where these photos and this video were shot.

I’m not fully bike-fit yet, after breaking my leg last fall. My right knee is still only about 70 percent of what it was, meaning I lack the full range of movement and I can’t modulate the weight I apply to the right rearset; my leg’s just dead weight. That wears me out fast and makes my foot go numb after just a quick stint of aggressive riding. This temporary handicap makes me extra sensitive to bike set up and ergonomics. Right now, I’m not able to make up for flaws in a bike’s handling using my typically-more-athletic riding.

Once in the canyons, the Suzuki’s handling prowess comes to the forefront. I found myself being able to easily stick to my chosen lines. Both super agile and super stable, its predictable movements on the road translated into go faster confidence.

The slim tank is easy to grip with your outside knee and thigh, improving agility through direction changes.

I couldn’t stop raving to everyone I met in the canyons over the weekend about how Suzuki got the fueling so spot on. It’s such a relief to ride a stock bike in “A” mode and not have your confidence destroyed by incredibly abrupt, jerky fueling from off-to on-throttle. The GSX-R1000’s predictable, smooth power curve makes for confidence-inspiring throttle applications both in the city and through the canyons. You won’t be blown away by its outright power, but it is still competitive with its Japanese rivals. 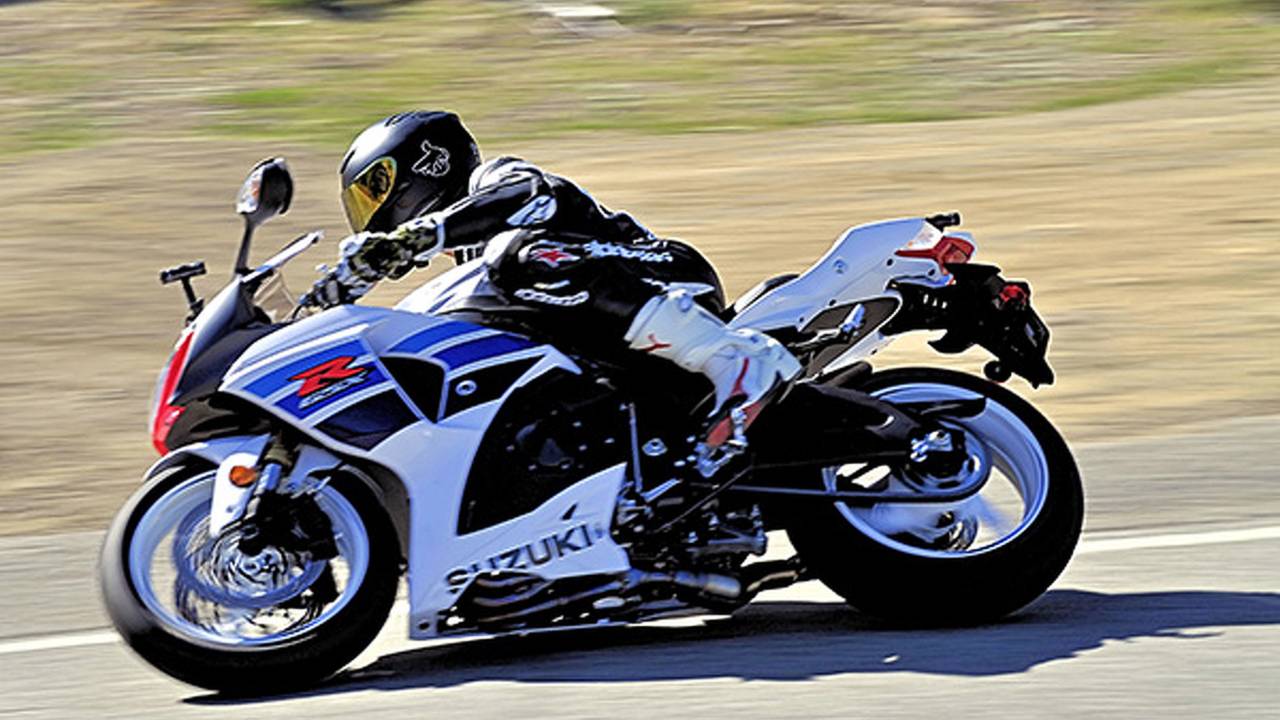 I hate to bash the GSX-R’s ergonomics because I’m not fully fit yet, but my legs cramped immediately on the GSX-R1000. This made gearshifts cumbersome. It seemed like I had to move my left foot far too much to achieve a shift, really stomping on the lever to guarantee it selected the next gear down. Where I’d typically enter a corner hot, under heavy engine braking, this had me backing off and relying on the Brembos instead.

And while those calipers are Monoblocks, as fitted to most other superbikes these days, the master cylinder isn’t a Brembo item, leading to a vague, mushy lever feel. The power of the calipers isn’t felt until the second half of lever travel. The GSX-R is crying out for both a better master cylinder and braided lines, making that change will improve both feel and outright stopping power.

Both the dash and three-spoke rims feel dated compared to the superbike competition. Update please. 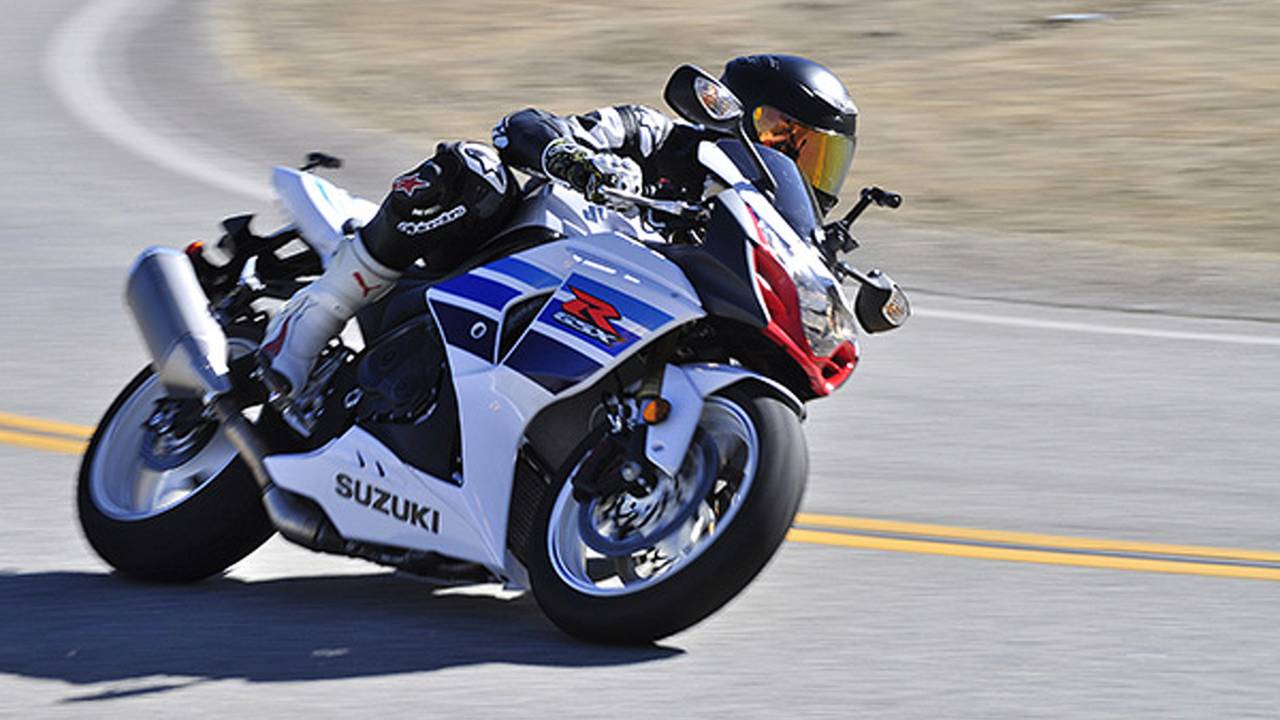 The 1 Million edition carries just a $200 price increase over the $13,799 regular bike. Worth it, for the much-improved paint, white wheels and the sense of exclusivity.

That price is exactly on par with the Honda CBR1000RR, $500 cheaper than the Yamaha R1 and Kawasaki ZX-10R. The problem is, that Honda comes with a much nicer, twin-tube rear shock, being quite noticeable handling superiority. The R1 and ZX-10R also have traction control, while the Ninja is also available with ABS. Power is roughly equivalent across those models, remember that the ZX-10R is 20bhp down in the North American market.

More problems arise for the Suzuki when you compare it to the European competition. The Aprilia RSV4 R now starts at just $13,999 and includes Aprilia’s amazing APRC suite of rider-aiding electronics. It’s also sharper, wears high-spec components and is totally ready to rock straight out of the box as a result. The all-conquering BMW S1000RR is more expensive at $15,050, but makes considerably more power and includes both TC and ABS as standard. At 18 grand, the Ducati 1199 Panigale is way more money, but captures hearts and headlines in a way the Suzuki can only dream about.

Having said that, Suzuki’s current 0% APR for five years across every single one of its models makes buying its bikes incredibly easy.

We’re the first publication to ride the 1 Million edition, but since it’s mechanically identical to the regular GSX-R1000, we’ll pull quotes from those reviews.

“It certainly isn’t the fastest thing on the road nor the lightest in stock form. However it does continue to offer racers and track enthusiasts a competent platform to go race.” — Motorcycle-USA

“While this latest GSX-R1000 continues Suzuki’s evolution of refinement, unfortunately this wasn’t reflected in the gearbox – shifting was notchy and harsh at times.” — Motorcycle.com

“There's no traction control safety net on the 2012 Suzuki GSX-R1000, and while it would be better for it in most riders' hands, it's not sorely missed either.” — Kevin Ash

It’s easy to get lost in the hair-splitting between superbikes. All of them, including this Suzuki, are incredibly fast, capable machines that far exceed the skill of pretty much every rider.

Having said that, the GSX-R1000 is now the oldest basic design and is equipped with the lowest spec in the class. It’d take a $1,500 Ohlins TTX shock and $275 Brembo Master Cylinder to put it on par with the CBR1000RR and add an $800 Bazzaz TC unit if you want to start running with anything else. If you really want a GSX-R, you can probably find a 2009 or later bike with some of those upgrades for substantially less cash in the used market.

Or, forget all that and just enjoy what’s still one of the fastest vehicles ever made.

By: Adeyemi Bennett
++
++
Got a tip for us? Email: tips@rideapart.com