Sport riding boots are unique in that they have to offer paramount protection and control. Here are the six best sport riding motorcycle boots on the market

Sport riding boots are unique in that they have to offer paramount protection, while allowing you to make incredibly precise and often incredibly minute inputs at incredible speeds. Here are six of the best sport riding motorcycle boots on the market. 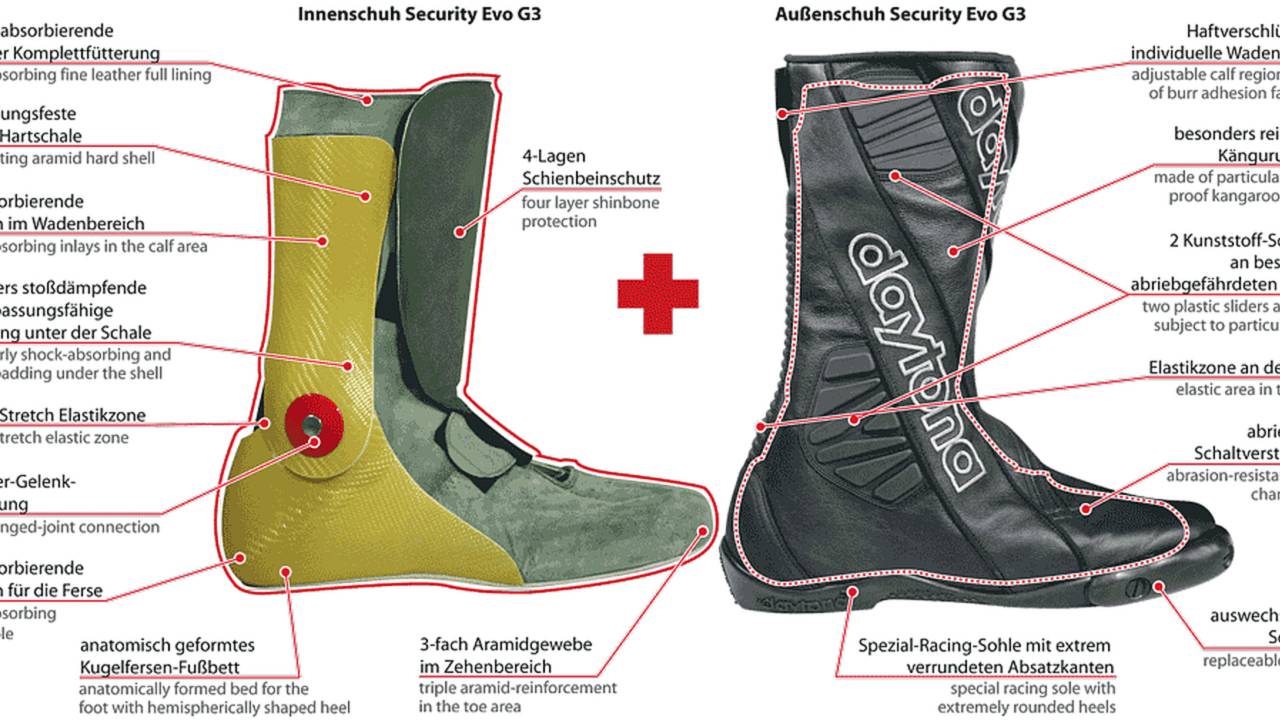 Daytona was the first boot company to put a separate booty inside a boot shell, a technique later mimicked by all of the major boot brands. Their boots are handmade in Germany and, quite simply, the best you can get. The Security Evo G3 is their professional class boot. The outer shell is made from kangaroo leather with Kevlar and carbon fiber anti-abrasion panels. The inner boot is an aramid/plastic hard shell with four-layer shinbone protection, hinged joints, triple aramid reinforcements in the toe area, and a sweat absorbing liner. If you want, and can afford the best: read no further. 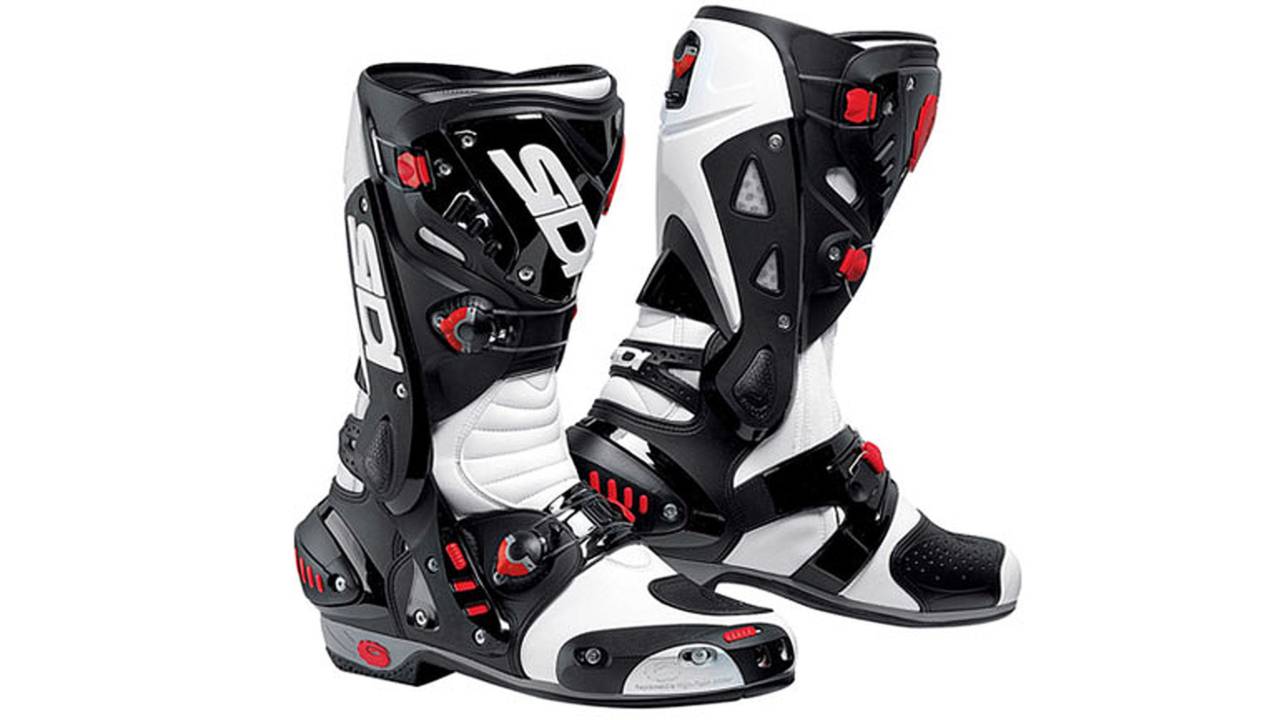 The Vortice boots are the top of the line from Italian based SIDI. We haven’t had the chance to ride in these yet, but we never stop hearing incredible things about them. The Vortice are constructed of Lorica and Teflon mesh. They feature calf, shin, and instep tensioners to custom fit the boot to your foot while providing maximum protection. The heel cup is shock absorbing, while the SRS sole is made from a polyurethane and rubber blend to ensure grip. The Vortice come in vented and non-vented models. 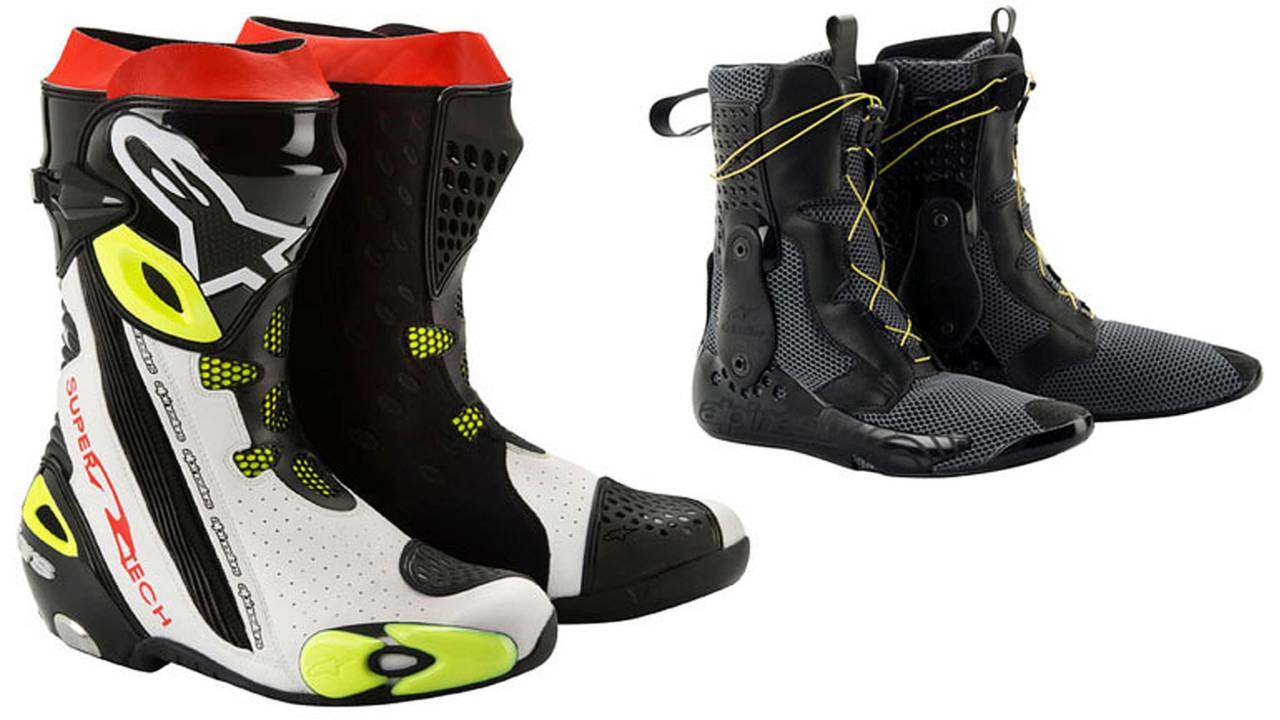 One of the reasons Alpinestars are a leader in the boot industry is because the boots they put their racers in are also available to everyday riders. When you buy the Tech 10’s for off-road or these Supertech R’s, you’re buying the same boots the professionals are wearing. Insanely comfortable, incredibly protective, these are the boots to buy if you’re serious about sport riding but don’t want to spend a grand on German handmade Daytona’s. I even wore a pair off-road on our taste of Dakar ride in Arizona. They come in vented (read: perforated) and non-vented versions for those of you in various climate regions that may need one or the other. 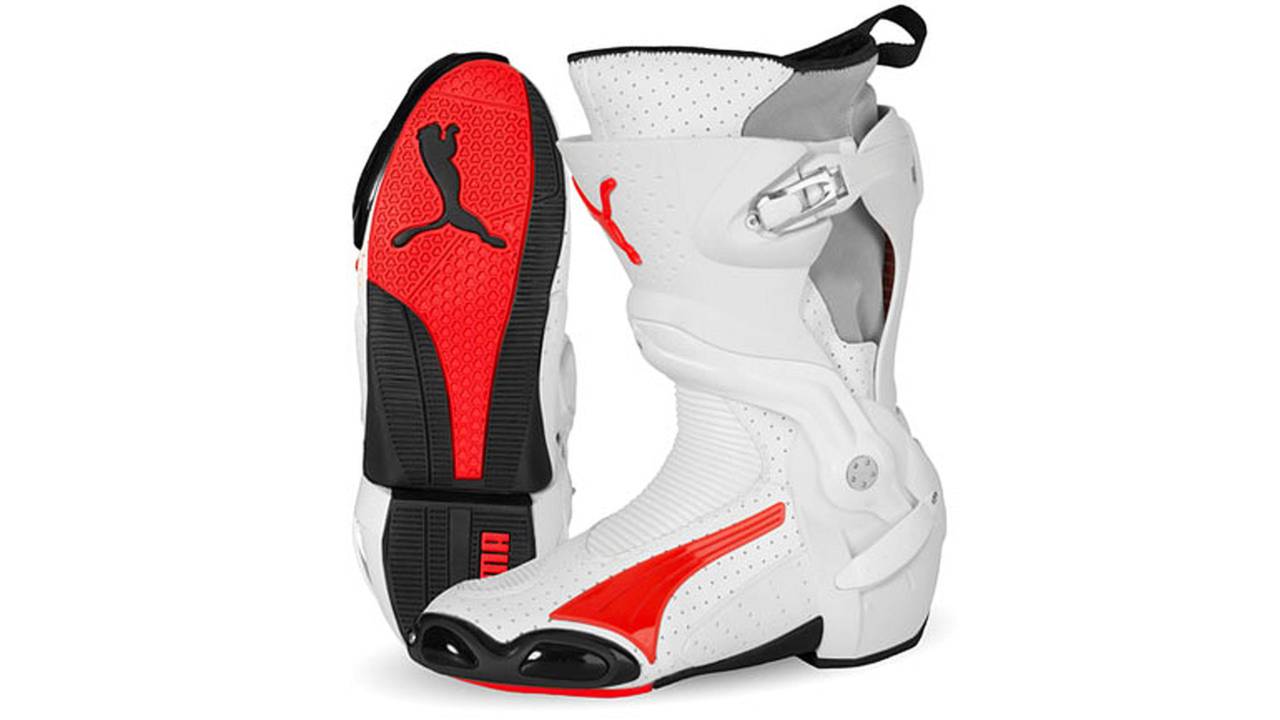 Puma, a brand we normally associate with soccer gear or guys in mob movies, actually make really nice boots that look pretty cool too. The intelligent safety system limits the range of ankle movement in all four directions, only becoming active once it detects your ankle has reached a dangerous angle. The v3’s feature additional cushioning, improving both lateral and vertical impact protection. That Casey Stoner guy used to wear them, if that tells you anything.

The Dainese Torque RS Out boots are the top of line outside-of-the-suit boots from Dainese. They feature the jointed TPU D-Axial system to keep your foot from twisting should you go down, a shock absorbing heel, TPU inserts at the heel, front and shin guards, and steel inserts at the toe. The bulk of the boot is made form Lorica, and is fastened at a Velcro calf adjuster, speed lacing system, and zipper at the rear. These aren’t quite as big as the Alpinestars, so they’ll offer a little less protection while offering a little more movement and flexibility. These are also offered in regular, perforated, and waterproof versions.

The Alpinestars SMX 6 boots were just given the best boot awards by our friends over at Revzilla, which, at such a reasonable price point, should tell you something. The SMX 6’s aren’t as feature heavy or protective as the Supertech R’s, but do receive CE certification so you know your feet will be safe. Alpinestars used a new rubber compound on the base, providing improved grip and feel as well as increased water dispersion and durability. The lateral ankle brace protection system provides structural integrity between the upper calf and foot portion, as well as added impact protection and abrasion resistance. If you aren’t racing and just looking for a super comfortable and protective boot for sport riding, the SMX 6 is our recommendation. Offered in both vented and non-vented versions.

What have been your experiences with the boots on this list? What boots do you recommend when you get asked what boot to buy?

Gear: Street, Track and In Between