For novice riders, a 600cc+ sport bike is simply too much. For American tastes, a 250 is often too small. Could this new Honda CBR500R be just right? We think so.

The CBR500R is one part of Honda’s all-new, three-bike 500 range. A steel tube frame wraps the 471cc parallel-twin engine’s perimeter, connecting the non-adjustable 41mm forks to the pre-load adjustable Pro-Link shock. There’s a single, 320mm front brake disc with a two-piston caliper and ABS is a $500 option. All that’s then wrapped in a handsome, all-encompassing fairing that’s one part 2013 Honda CBR1000R and one part pre-VTEC VFR800. 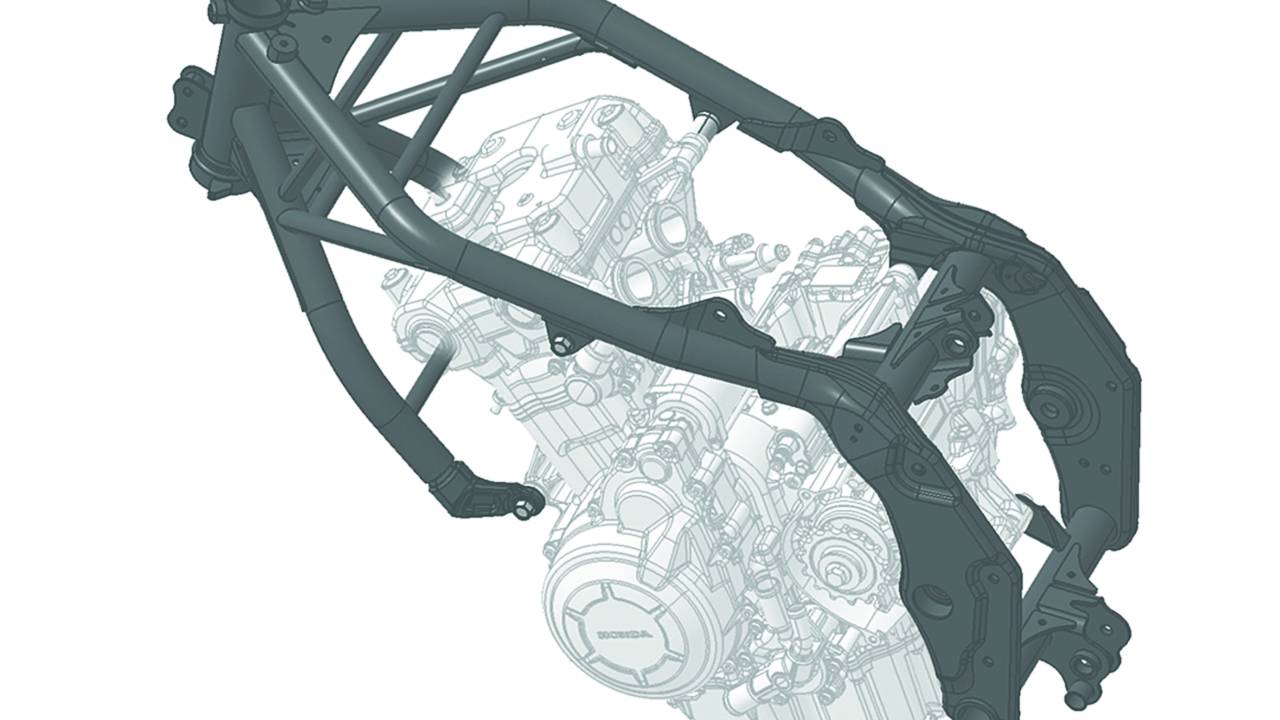 If that sounds pretty basic, that’s because it is. There’s no huge engine or fancy suspension or trick electronics or unprecedented metallurgy reducing the number of welds in the frame. That’s a good thing, because this isn’t a cutting edge tool targeted at the fractional percentage of riders who need dialed-in frame flex. It’s a practical, affordable, economical, fun bike for the everyman. 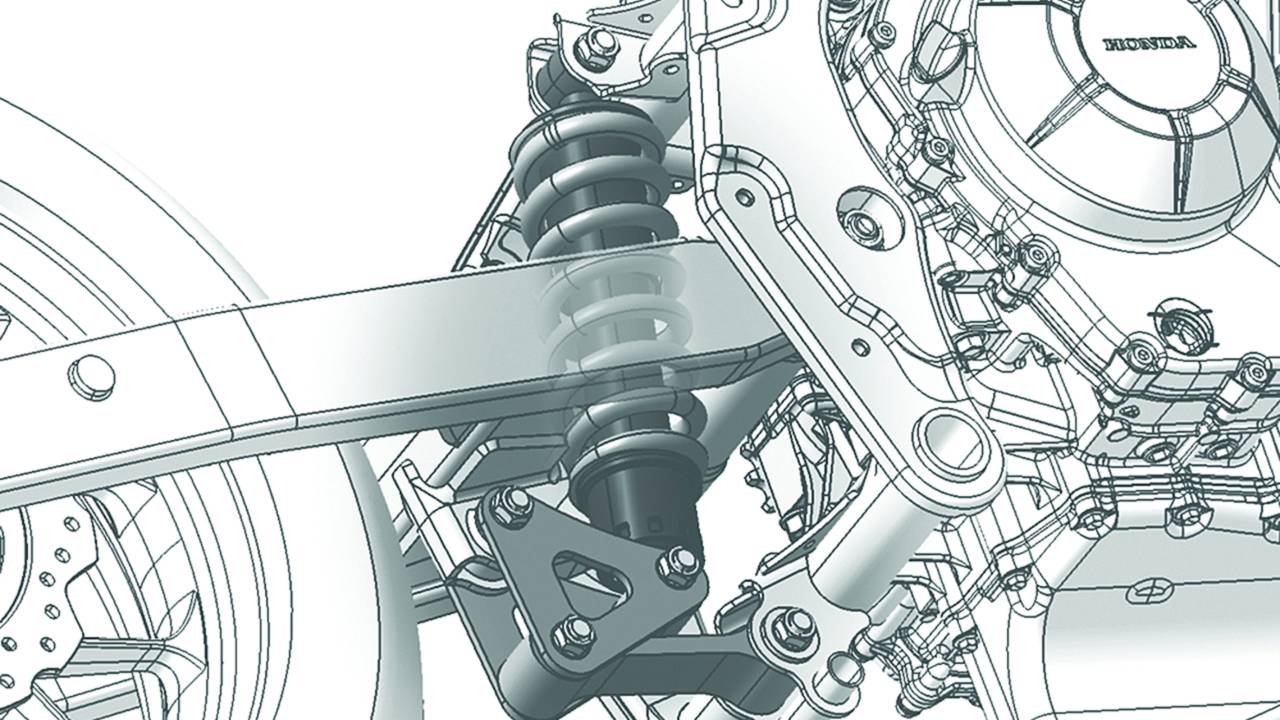 Pro-Link is also used on bikes like the CBR1000RR, CBR600RR and Gold Wing.

Continuing to look at specs only, that liquid-cooled motor develops 47bhp at its 8,500rpm redline and 32lb/ft of torque at 7,000rpm. That motivates an all-up kerb weight of 425lbs.

At first glance, that stacks the Honda up against some tough competition. A little more money gets you more speed, less cash gets you most of the way there. 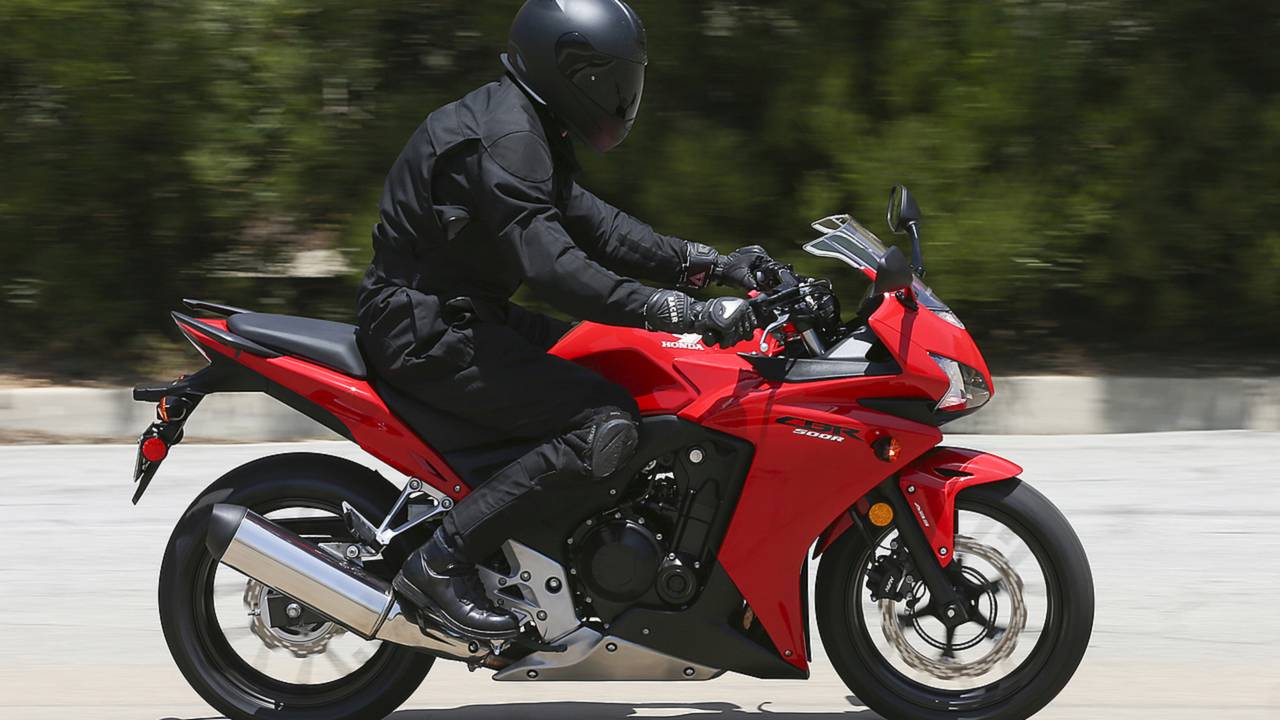 Where most press launches take place on some fancy race track or an exotic mountain road — either carefully chosen to flatter specific elements of the new bike’s performance — Wednesday morning we just picked the bike up at Honda’s American HQ in a Los Angeles suburb, then tooled around local roads for the day.

A mix of congested city streets, stop sign-ridden suburban neighborhoods, flowing back roads, tight, bumpy corners and even a stretch of highway made up the day. In short, the exact environments in which this bike is going to have to perform.

Initial impressions are that the 500 feels like a more adult-sized Honda CBR250R. Its additional 70lbs don’t translate to the experience of shifting the bike back and forth between your legs and the additional half inch of seat height doesn’t make the 500 any less friendly.

Pull away and you’re again treated to a similar experience to that single-cylinder CBR250R. Low-speed balance is perfect and the controls intuitively precise, smooth and predictable. You feel at one with the CBR500R after the first five feet.

It’s not until you’re out on the road that the 500 begins to demonstrate the advantage of its greater displacement, moving through traffic with both more authority and ease.

The flexibility of the engine is actually the biggest surprise. It won’t bog or disappoint no matter where you are in the rev range. After switching bikes with another journalist during a photoshoot, I accidentally pulled away in third gear. Didn’t notice until I had to come to a stop and try and find neutral. Most other small to mid-capacity bikes would have simply stalled had I tried something similar.

That power continues in a completely linear fashion right up to the 8,500rpm redline. 4,000rpm is about half the total power, 6k is most of it and you can toodle around at 2 or 3k if you really want to. You get exactly what you expect out of the 471cc engine.

What’s more surprising is the handling. The CBR500R steers extremely rapidly (thank the narrow 160-section rear tire for that), but is also very stable. Again, the overall impression is of an intuitive man/machine connection. The Honda simply does what you ask of it.

Picking up the pace on the only three real corners within 20 miles of Honda’s headquarters, some limitations in the basic spec do become apparent. I’d hoped to show off by dragging knee for the photos, but through these bumpy corners at least, the relatively soft damping had the bike squirming around as we leaned far enough over to scrape peg. 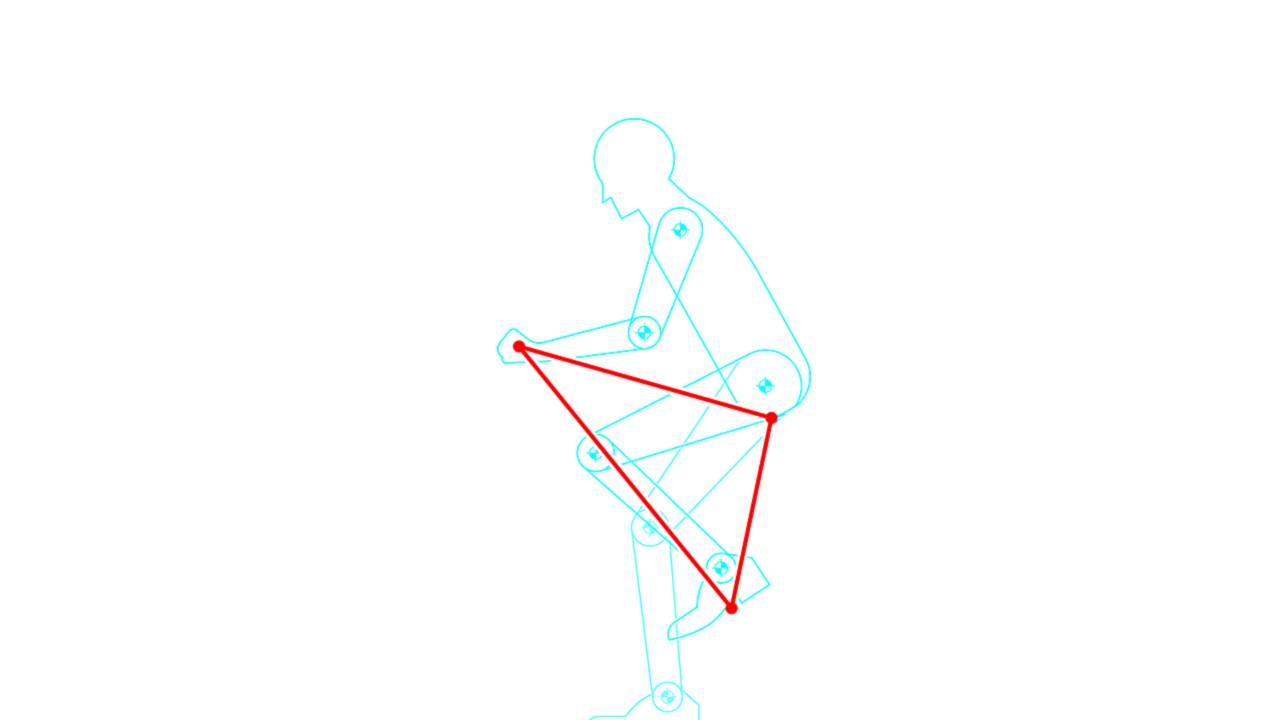 The ergonomic triangle is open enough to make possible all-day comfort, without undue weight on the wrists or cramped legs, but also canted forward just enough to give you real control over the bike. Some other time, we are going to come away with knee down photos on this thing, it’s just going to need some smoother pavement.

The biggest difference to the CBR250R is on the highway, where the CBR500R’s performance is more than enough to command your relationship with other traffic. Top speed is 115mph-ish and it accelerates up to about 100mph with real speed.

After a while, the novel experience of riding a comparatively slow motorcycle wears off and you begin to appreciate what a cohesive package the CBR500R actually is. Sure, some bikes are faster. Others are cheaper. None simply gets on with the business of being a motorcycle as well as this little Honda.

And you can use that tank range on the CBR500R too, because it’s hugely comfortable. The seat leaves plenty of room to move front to back and side to side, while still facilitating body position for sport riding. The pegs are low enough to leaver your legs uncramped, but again just tall enough to allow you to easily shift your body weight. Same with the bars. Just perfect ergonomics.

Wind protection from the fairing and relatively low screen is also excellent. Again, contributing to both comfort an fuel economy.

The engine is willing and able to give you more than you’ll need anywhere. While I did find myself at full throttle a few times today, it was only when I was really trying to go fast. And, unlike on faster bikes, you’ll actually reach full throttle here and there, meaning you’re actually using your motorcycle.

We’ve repeated this word a few times here: intuitive. Everything about the CBR500R just feels right, working with you to make your riding better rather than getting in the way. The brakes bite when you expect them to, delivering the amount of stopping power you expect. The clutch lever engages when it should. The steering does what you expect it to. All that just adds up to a bike that will make you a better rider every time you ride it.

The quality is also astonishing. The paint, the panel fit, the movement of the controls; this feels like a $10k+ motorcycle, not a budget commuter. Check out the brushed aluminum belly pan on the right side. Nice. 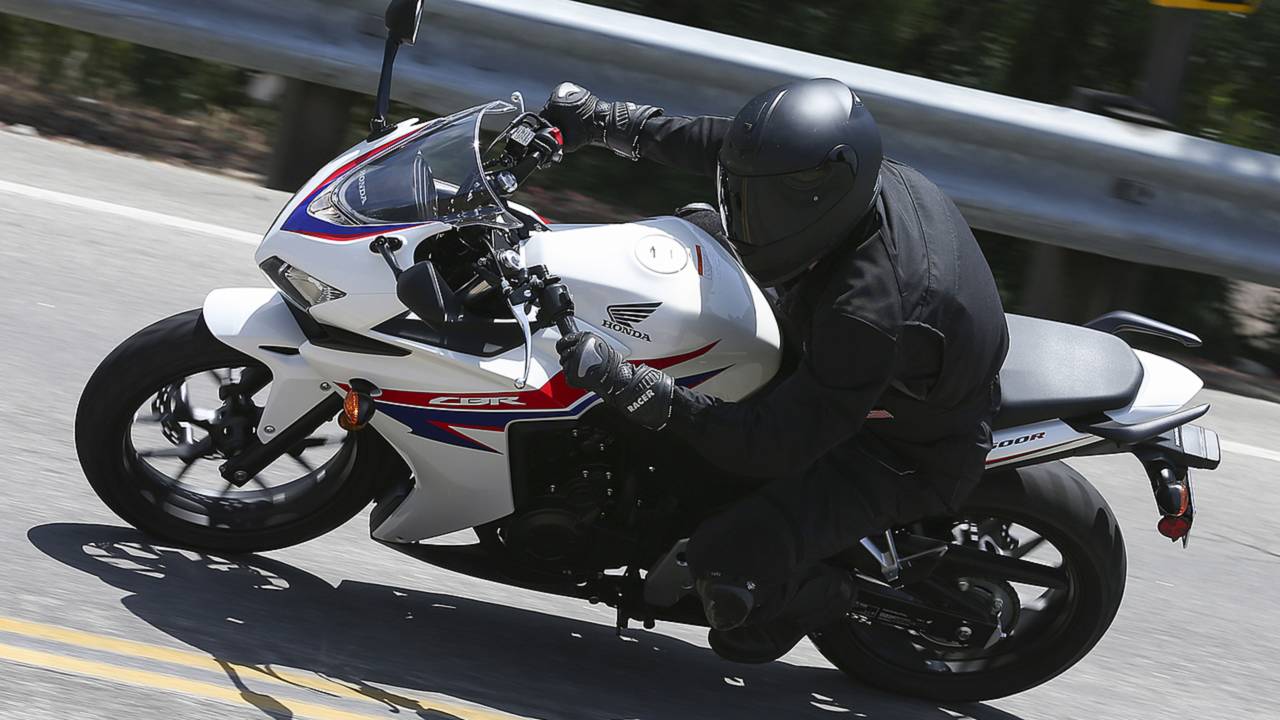 The suspension is under damped for truly fast riding. Having said that, this is not intended to be a smaller CBR600RR-style race replica that’s only good for canyon carving. It’s an everyday fun, pretty quick bike that the vast majority of riders will actually be able to ride quickly thanks to its accessible nature.

Ground clearance is also somewhat lacking if you’re really pressing on. The payoff is the kind of comfort more focused bikes can only dream of.

It’s also usefully cheaper than the larger, 650cc competition while feeling like a more complete, cohesive, modern product. That, while delivering the kind of real world performance that smaller, cheaper bikes simply lack.

This is a real motorcycle that can really do everything, and make it fun, for just $6k.

“…it’s easy to get on with and novice friendly, a doddle to ride, the power delivery will never catch anybody out – it’s brisk rather than fast but the pleasing surprise is that if you want to give it a good fistful of revs it’s truly engaging and fun…” — MCN

“With unintimidating but torquey and responsive engines, strong ABS brakes and planted feel, designed to reduce the number of opportunities for new riders to induce errors, and to do best to forgive them when they do occur.” — Visordown 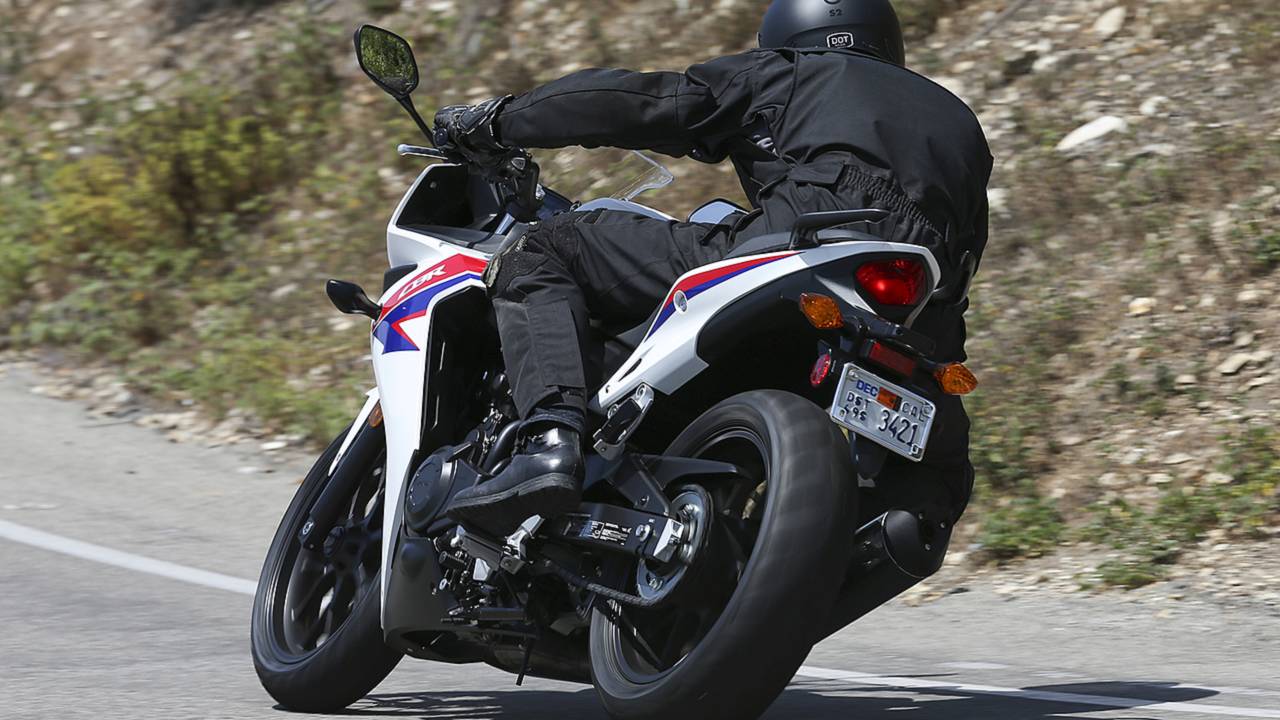 Want to get into the sport of motorcycling? Start here. Seriously, don’t argue, just go buy a CBR500R and start developing your skills. You won’t find a more forgiving, intuitive, easy package anywhere else, regardless or price or capacity and you’ll be rewarded with a surprisingly fun, imminently practical package too.

Don’t buy an R6, that’ll just make you slow and dangerous. Don’t buy some janky old bike, it’ll just break down and cost you a fortune when it does. Sell your car, buy a CBR500R and ride it everywhere, you’ll have a blast and you'll never look back.

RideApart Rating: 10/10 (the buyer's guide will update with the new information shortly)