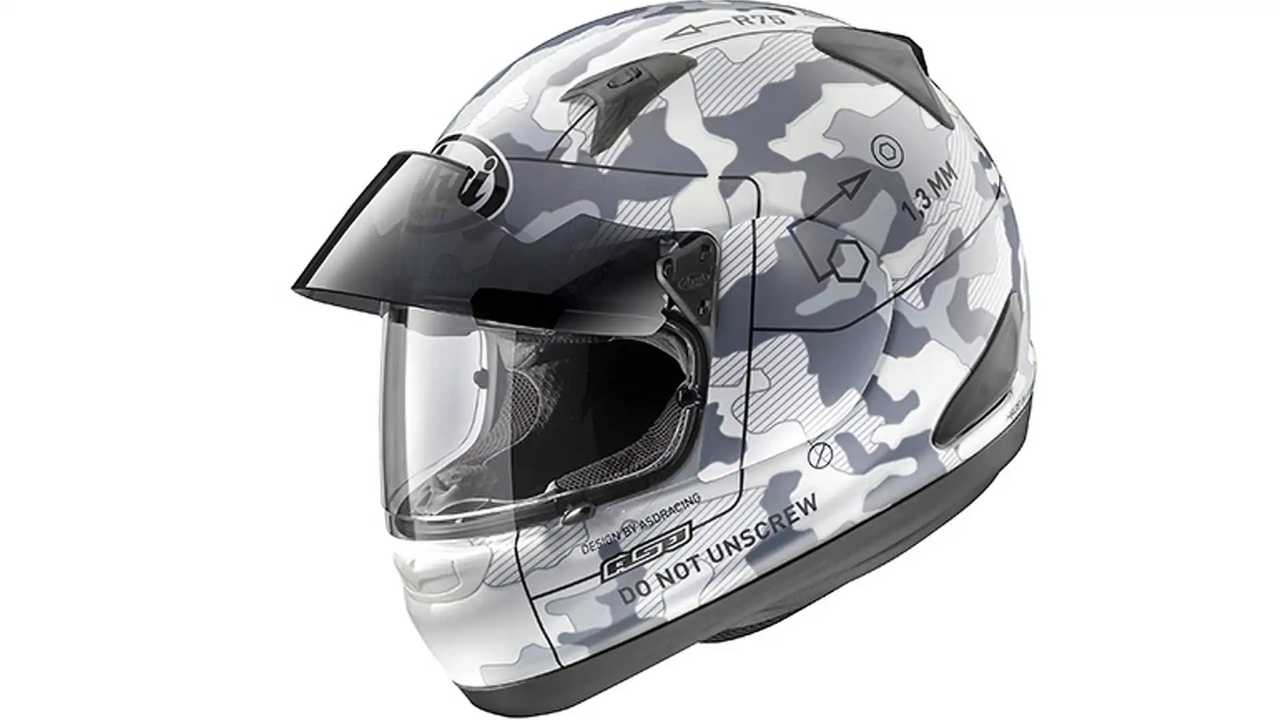 We try out the all-new Arai PRO Shade System.

When it comes to gear, it’s rare we see a new solution to an old problem... that actually works. Like a good snake oil salesman, often gear manufacturers re-think the wheel and occasionally introduce new, weird ways of protection—methods that are rarely better than before.

Arai recently introduced a new method for shading your eyes, the PRO Shade System. Arai's solution to a removable shaded visor that’s safer than a drop-down visor, and SNELL certified. We were skeptical of this new system, but decided to test it out to see if it’s another piece of marketing fluff, or if it's in fact, a better piece of gear.

The idea is simple, but it's never been applied like this before. There’s your standard Arai SAI Max Vision Shield, which is a great visor to begin with. It’s light weight, and thanks to the added rib around the edges, it holds firm and snaps hard into place. The aerodynamics are solid, with little wind entering the visor accompanied with little noise.

The outside tint visor is a separate unit that hinges on the outside top edges of the SAI Max Vision Shield. Want it open? Simply pull it up and out of the way.

Arai only makes SNELL approved helmets, which is arguably a higher standard. All of Arai’s current lineup matches that SNELL certification. SNELL, however, does not allow any internal drop-down visors. So, instead of redesigning an entirely new non-SNELL approved lid, Arai came up with the PRO Shade as a better, safer alternative.

At dusk on the first day of our 1,700-mile trip with the new visor, we entered the hard winds south of Oakland, California, on Highway-5 (if you’ve been through that stretch of road you know how sketchy the winds can be). The visor kept falling. The wind and fast-lane hoggers were frustrated enough, so we decided to stop and remove the visor. It’s fairly easy to pop out the top visor, however, it’s also easy to lose the little cover that snaps on top.

It’s a simple mechanism, with an inner plastic piece the smoked visor fits into, with a cover that pops on to hold everything in place. Remove the visor and pop the covers back into place.

The tab is unfortunately tiny, but it’s obvious to figure out how to remove it. We’d rate it as easy to remove.

Unfortunately, we believe a lot of the benefits or negatives are subjective. What makes that unfortunate is that if you were to order the PRO Shade System online, as many of us do, you wouldn’t know if you loved it or hate it until after it arrived.

I prefer a light tint, just enough to keep the pain of the sun away, but not too much that it causes my eyes to have to readjust for several seconds—Arai’s shield is light and there's hardly any time needed for your eyes to adjust. Its intention is to seemingly combat hard light and keep you from squinting. It’s not as dark as many others.

The smoked position covers about 3/4 of the shield face. It can be confusing to your senses at first, but we were able to get used to it. It also meant we kept the tinted visor down more often. If need be, we could occasionally lean back and look through the lower portion. This 3/4 shape is also a must when raising the visor because when it’s fully raised, you can’t easily see it.

The hinging system is the only major point of needed improvement. While the low profile is a must, I’m disappointed it doesn’t feature an actual latching mechanism. During our first use with the shield it constantly lowered in the wind (it didn’t help that at times we were seeing triple digits). It seemed that after we pulled it off and then back on, it was easier to operate.

The actual hinge has a tab in the visor that shifts backward when lifting the visor. When it’s pushed to the top position, it needs to fall into that internal tiny tab, which would keep the visor in the top position. This is hard to get a good feel for and we often found ourselves getting frustrated trying to find it. It’s a super simple, but hard to get used to and doesn't always work perfectly.

Now, this problem is only encountered at high speeds, most the time around town and occasionally even on the highway, the visor remained up even if not latched.

We found the best method was sitting still, taking two fingers to the very center of the tinted visor and pushing firmly back when in the top position. Finish it with a slight tug down to make sure it’s in place.

So far, this Signet-Q and PRO Shade System has been my go-to helmet for regular riding and long trips. It's quiet and comfortable with a high-quality cushy interior. We're currently using the new Tactical graphics. The new helmet is pricey at almost $800 (on sale now for $710.99), which is a major bummer, but it does come standard with the PRO Shield.