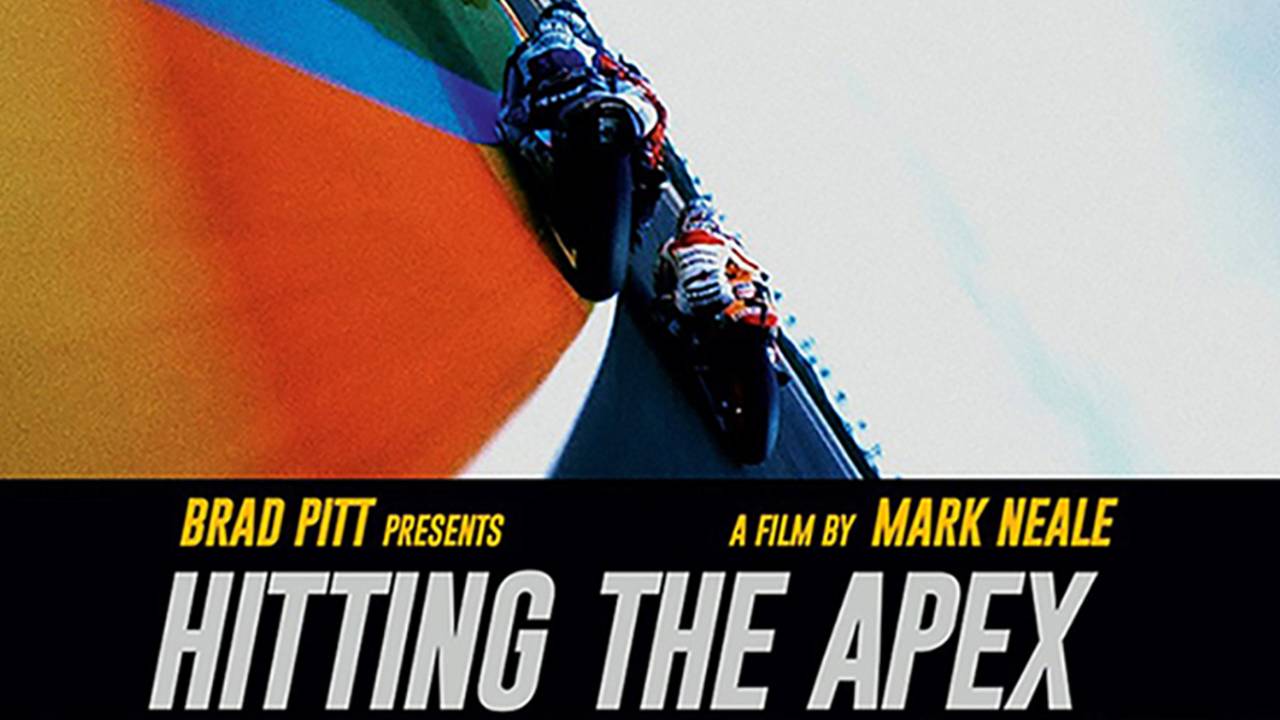 Despite a few shortcomings, Hitting the Apex is a great movie for the motorcycle racing heads.

When it comes to sports documentaries, loving or hating them usually comes down to whether or not you're a fan of the sport being featured - Which is not the case for the recently released MotoGP documentary Hitting the Apex.  The film manages to transcend MotoGP fandom by weaving a narrative that humanizes the superstars of the sport  While the film is a must for MotoGP fans, it's a documentary that will also appeal to a wider audience.

From Director Mark Neale, Hitting the Apex chronicles years of MotoGP championship battles between Valentino Rossi, Jorge Lorenzo, Marco Simoncelli and Marc Marquez.  Narrated by Brad Pitt, the film balances histrionic play-by-play sequences with deep dives into the personalities of the motorsport's biggest names as they ascend from junior racers to world champions.  The beautifully shot film conveys the nail-biting ebb and flow of championship racing battles while giving viewers a deeply, intimate look the human side of the sport.  The film's strongest moments happen off of the motorcycles when Neal shows us what the superheroes of motorcycle racing are like without their superhero armor.

From aging champion (Valentino Rossi's) struggle stay at the top of the sport, to the reckless ascent of hungry young rookies trying to make their mark, the 2 hour and 18 minute documentary lets us into with the raw emotions of the men who race these 200mph + machines.  Compassion, sadness, anger and regret, play large against the spectacle of the sport.

Neal also does a good job conveying the technical aspects of motorcycle racing, finding a middle ground that racing aficionados won't find too pedantic while making sure that regular viewers don't get bored-to-tears by techno-speak.

Hitting the Apex never lets us forget how dangerous motorcycle racing really is.  Even as a regular spectator and racer myself, I sometimes forget how deadly this game can actually be. Watching racers repeatedly come off the machines at nearly 200mph and sliding hundreds of feet, only to pop-up to their feet unscathed and shake their heads in disgust, reinforces the misconception.  The film puts an exclamation point on this harsh reality with a reverent account of Marco Simoncelli’s untimely death during a MotoGP race in Malaysia in October of 2011.

A Couple of Criticisms

The documentary only comes up short on a couple points.  Brad Pitt’s monotone narration is flat, working against the excitement of the visuals.  Which is a bit of a shame, because Pitt is a true motorcycle enthusiast and fan of the sport.  Though it should be said that the film was only able to be completed because he stepped in as a producer after Mark Neal was having problems with Universal -- the studio behind the the film -- which was pressuring the director to release it before he felt it was complete.

Secondly, the movie suffers a but under the weight of its length.  At 2 hours and 18 minutes, anyone less that a die-hard MotoGP fan may struggle to stay engaged toward the end of the movie.

Despite its minor shortcomings, Hitting the Apex is absolutely worth the time.  The title itself, serves as both a technical racing term and a metaphor for the apex of the careers and the very human emotions of the racers featured.

Hitting the Apex is still playing in select theates and is available on DVD/Bluray.  For more information on the film, check out the website.

Hitting the Apex - from ScreenLive Entertainment on Vimeo.