AGV has completely redesigned its line of roadracing helmets and introduced the all-new Pista GP R and Corsa R for 2017. With more riders in MotoGP wearing its helmets than any other, AGV claims the new racing models to be the “ultimate track helmet." In fact, the new Pista GP R (starting at US $1,399 and up to $1,599 for graphics) is the exact model developed and utilized in MotoGP racing (including the integrated hydration system) by riders such as Valentino Rossi and Andrea Iannone. 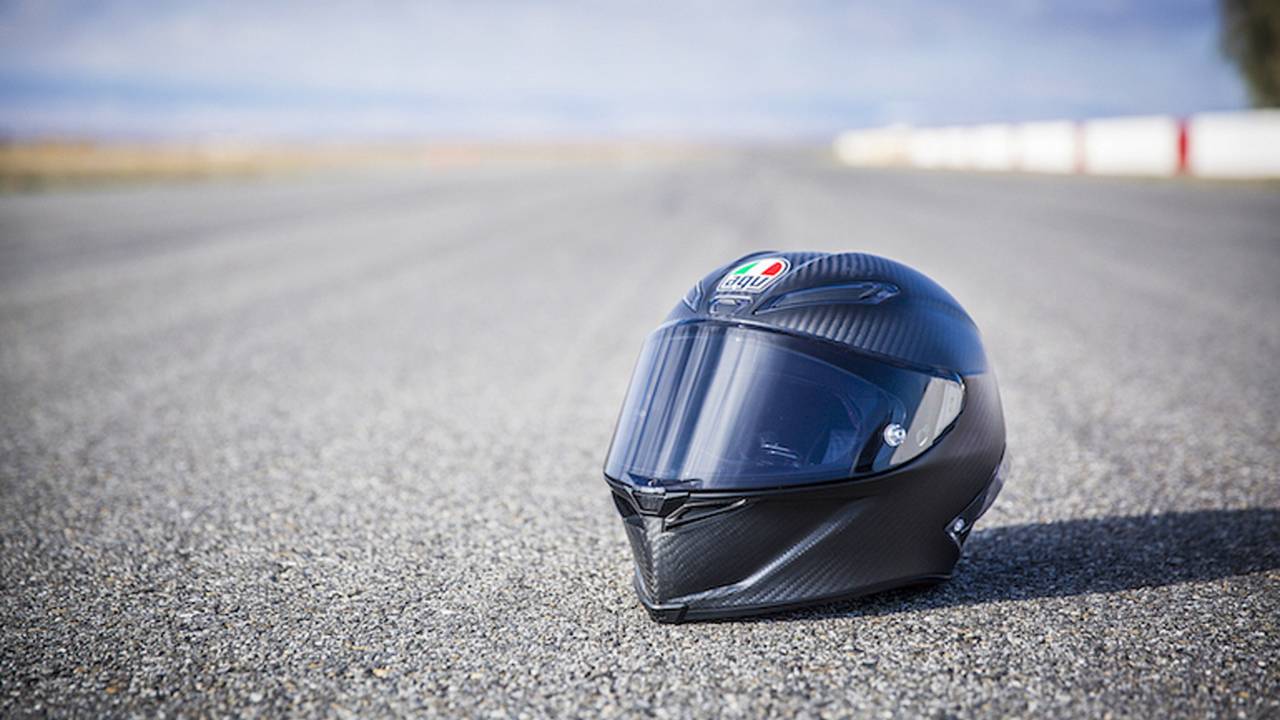 However, the more practical supersport helmet model appealing to a broader consumer base is the AGV Corsa R. This is complete redesign to the previous-generation Corsa that has been on the market for a few years now, which we felt was an under-performing, slightly-heavy, relatively-basic lid for the price point. We had the opportunity to track test the new Corsa R “ultimate track helmet” last month at Buttonwillow Raceway in Southern California and were pleasantly surprised with this new iteration. 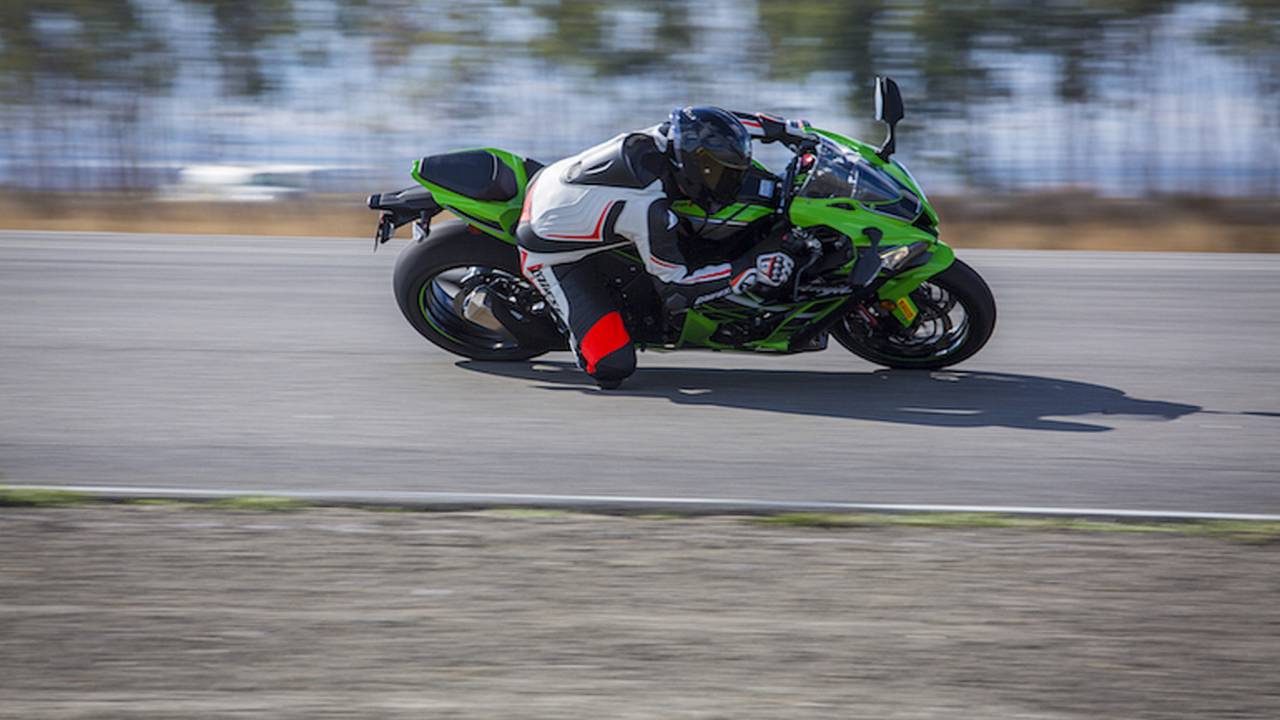 The exterior shell of the new AGV Corsa R is constructed of a Kevlar/carbon fiber/fiberglass weave available in four different shell sizes. Though not 100-percent carbon fiber like the Pista GP R shell, the Corsa R is noticeably lighter and in a more compact package than the previous Corsa generation. The venting ports are constructed from metals – as opposed to plastics, like most other ports – to compensate for the loss in structural rigidity of the EPS foam from the holes cut for venting channels. The valve tabs to open and close the vents are large and easy to blindly find. 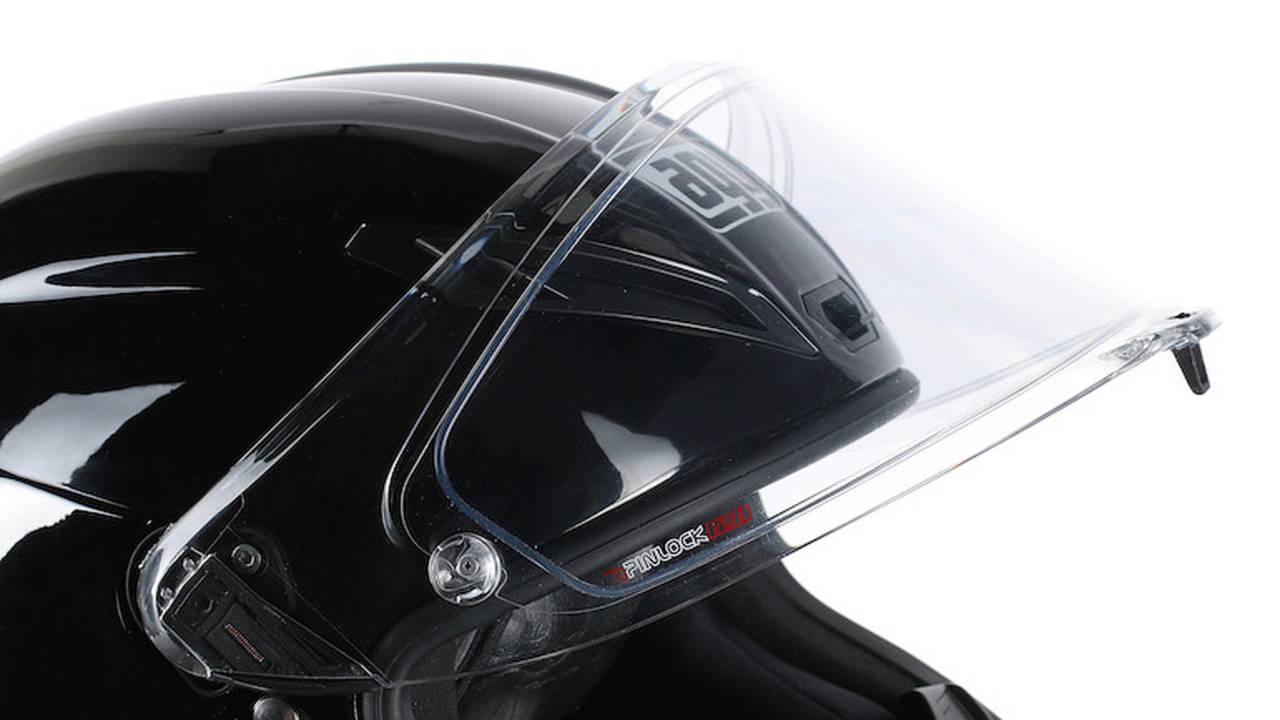 The “Race 3” visor on the Corsa R is all new as well and a class 1 optic. Wall thickness has been beefed up from 3mm to 5mm to increase rigidity and protection. The anti-fog Pinlock system has been upgraded from 70 to 120. (The Pinlock systems are lens inserts made of moisture-absorbing material with a silicon seal around the perimeter to create a tiny air gap between the insert and main visor. This produces an anti-fog effect that keeps the visor clear for, in the case of the Pinlock 120, at least 120 seconds in extreme fogging conditions.)

On the interior of the helmet, an all-new liner system has been developed that is a vast improvement over the previous interior. The double face crown pad is a removable, reversible, and washable liner that covers the forehead, top, crown and around the temples of the head. The unique feature of this liner is that one side is designed to facilitate cooling while the other is meant to heat the head. The heating side uses a Ritmo material and the cooling side is made of Shalimar that is noticeably cool to the touch (Shalamar? The guys that sang "Second Time Around?" –Ed) . As with most high-end racing helmets today, a safety release system is also in place on the Corsa R to quickly remove the cheekpads and interior lining in the case of an emergency. 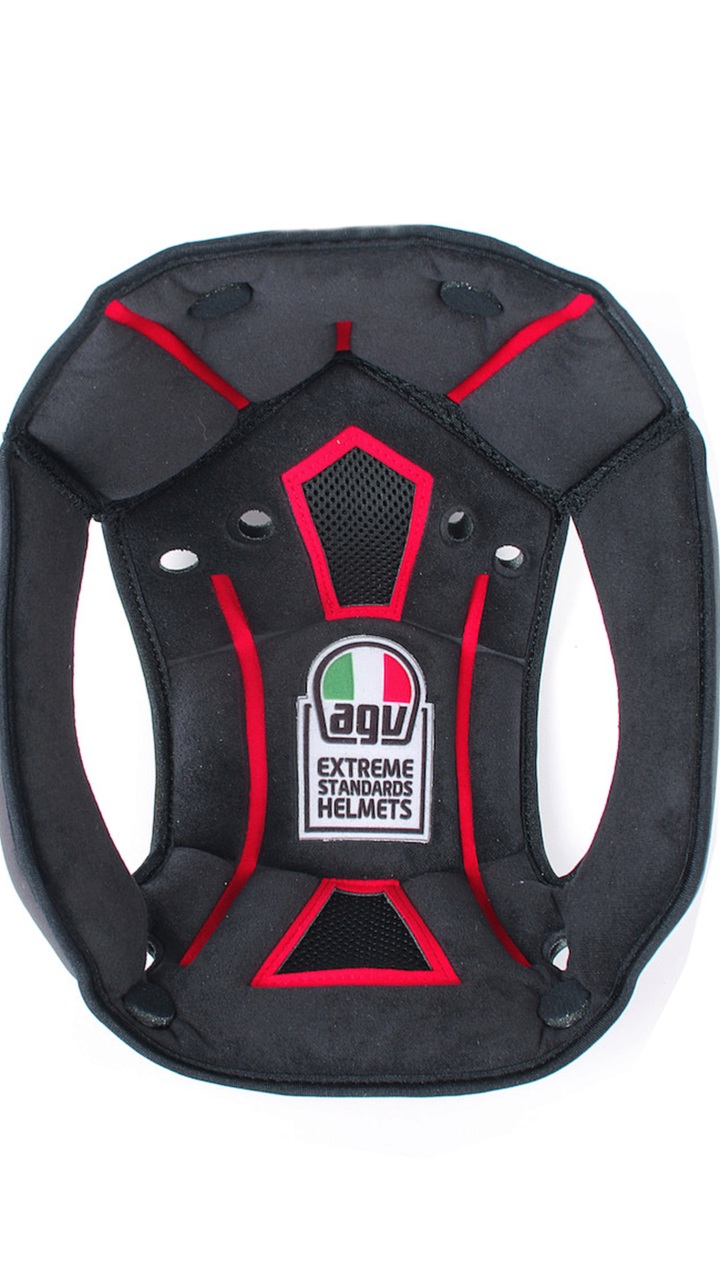 Sizing on the Corsa R is a bit different, with options ranging from X-Sm to XXL. Personally, I have a ~22.75-inch (57.8mm) head circumference and typically wear a 7-1/4 fitted hat size or a Medium helmet size. AGV does not offer a standard Medium helmet size for the Corsa R but instead a “MS,” medium-small (57-58mm shell size 2), and a ML, medium-large (59-60mm shell size 3). The MS fit just right for me (I perfectly fit into a Medium in both Arai and Shoei models). Pulling the helmet down onto the head is snug but well-contoured to the head and facial features. Unlike the Shoei X-Fourteen we reviewed recently, the ear cavities on the Corsa do not cramp or hang up on the ears causing them to fold. 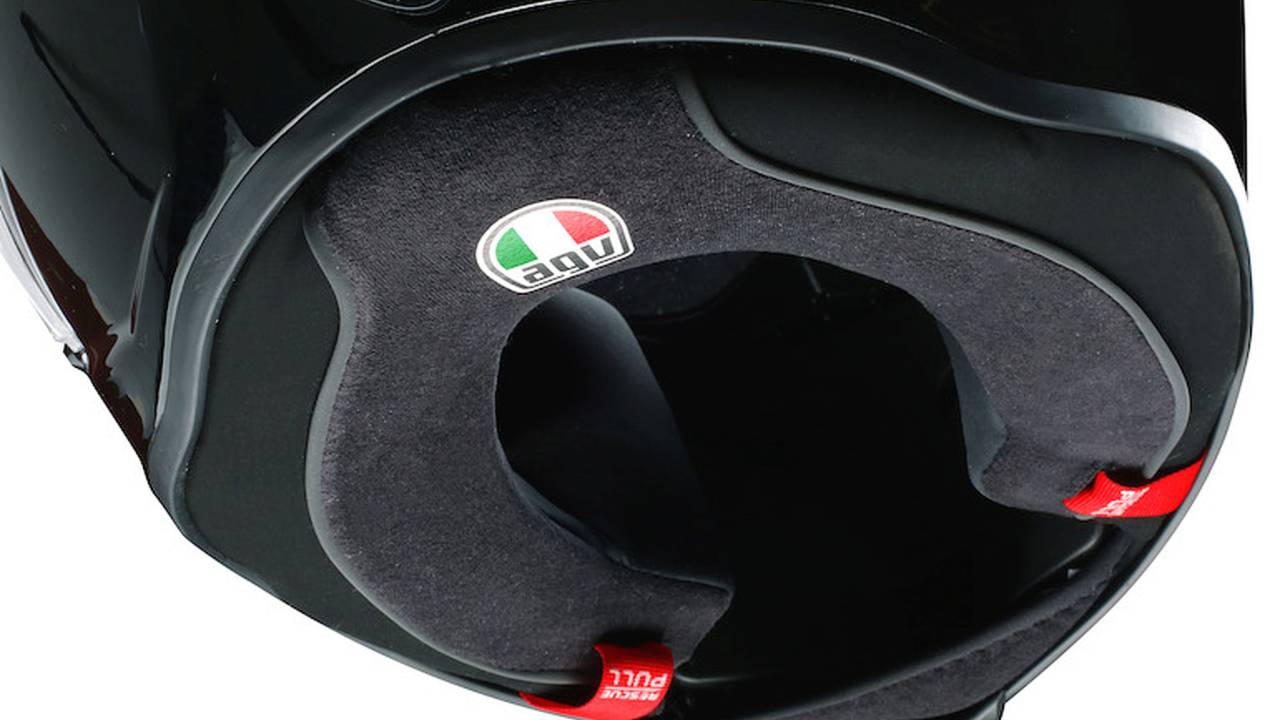 Field of vision has been improved over the previous model as well. The new Corsa R shell with the Race 3 visor allows a 85-degree vertical and 190-degree horizontal clear field of view. The latching feature for the visor is located on the center of the chinbar like the previous Corsa, but the button is now recessed, which makes locating the button blindly and with gloves much easier. Finally, another huge improvement over the last Corsa is a 29-percent noise reduction on the interior of the helmet that is immediately apparent.

One of the first features of the Corsa R that I noticed performing extremely well was the Pinlock 120 anti-fog system on the visor. Riding aggressively, breathing heavily and heating up the interior of the helmet on the brisk morning (temps near 40F) at Buttonwillow produced ideal fogging conditions. However, no visor fogging was experienced, even when exiting the track and rolling through hot pit lane. 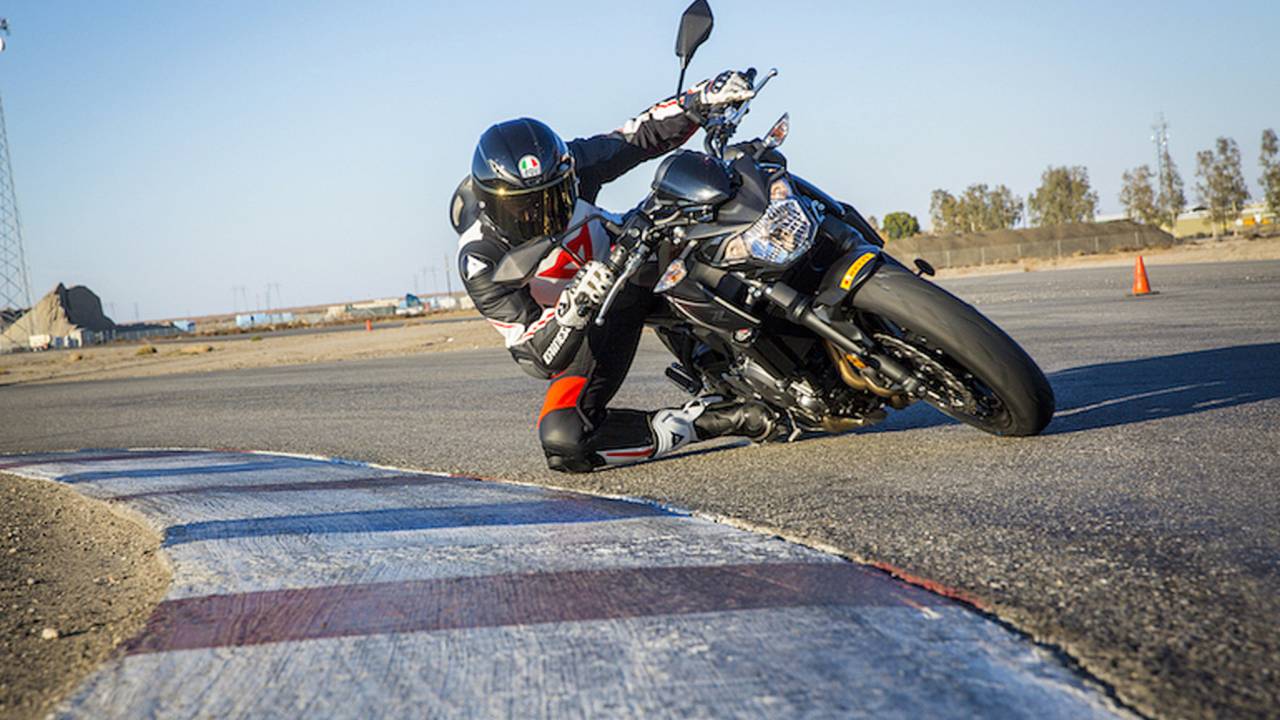 The visor’s latch and swivel mechanisms are also much improved over the last Corsa iteration. The latch release button is much easier to locate and depress quickly with the surface of the button being recessed into the latch housing. Additionally, the visor has a much more fluid motion pivoting from the closed to open position or remaining in any position in between if the rider would like additioanl airflow. Perhaps not as smooth and simple to operate as the Arai units, but a huge improvement over the previous Corsa generation. 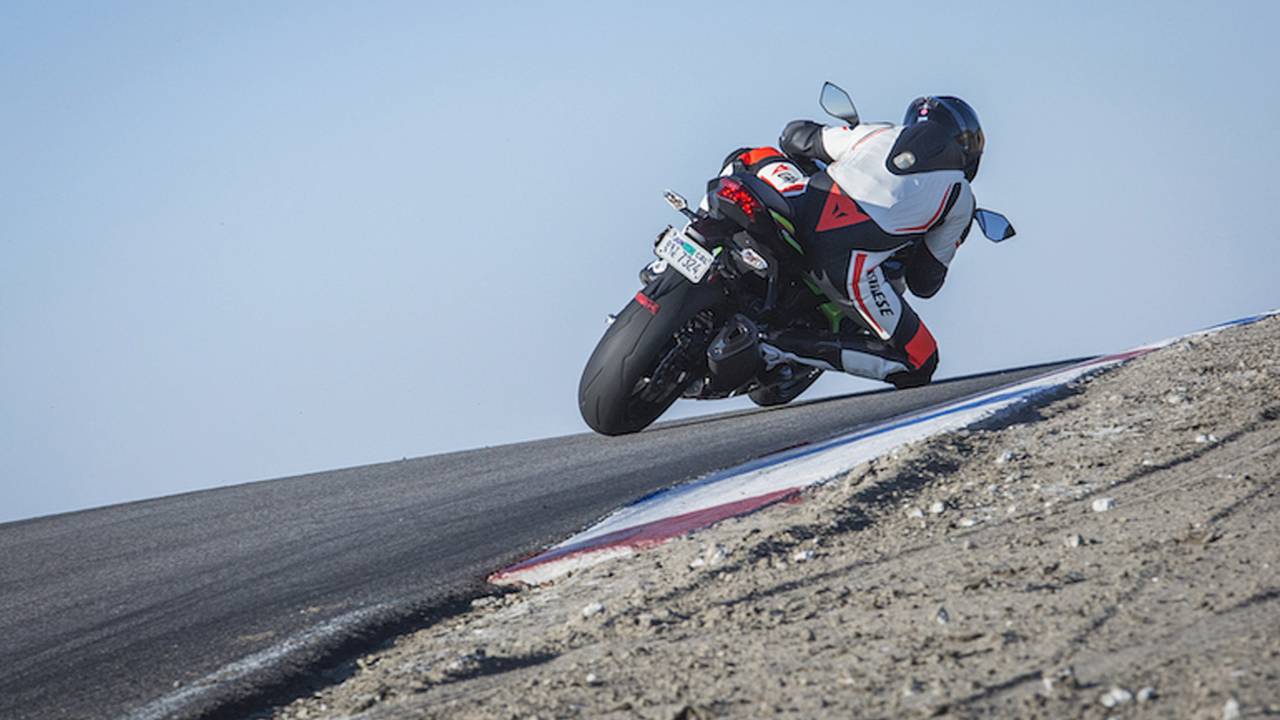 Aerodynamic performance of the Corsa R has obviously been tuned to near perfection. According to AGV, the Corsa R has a 0.58 Cd (drag coefficient) while the Pista GP R achieves a 0.56 Cd. This is an aspect that, when executed well, the rider does not notice, which was precisely my experience on the first few sessions out on the track. Later, I had to actively feel out airflow resistance at high speeds and test different head positions to find resistance.

The helmet feels extremely natural in any typical riding position aside from extreme rearward glances that caused slight head bobbling. The Corsa R design doesn’t seem to force the head to return to the straight forward position like other helmets, such as Shoei models, but this isn’t necessarily a good nor bad aspect, more of a rider’s preference. For riders looking for the extra edge from the flagship Pista GP R model, all accessories such as vents, spoilers, liners, etc., are interchangeable with the Corsa R.

Luckily, safety performance was not tested firsthand at Buttonwillow that day. Despite being the most important aspect of any helmet, we’re going to take AGV’s word on their high level of safety standard testing and results. While, of course, meeting all standards to be DOT-approved for legal road use, AGV tests beyond these minimum standards. For example, drop testing to meet the DOT FMVSS218 standards must be conducted at a 6.0 meter-per-second drop rate after which the helmet must survive. Other, more rigorous standards require up to a 7.5 m/sec drop. AGV enforces a self-imposed standard of 8.5 m/sec for the Corsa R and Pista GP R. AGV estimates a global reduction in motorcycle deaths by 20 percent if all helmet manufacturers met this requirement. 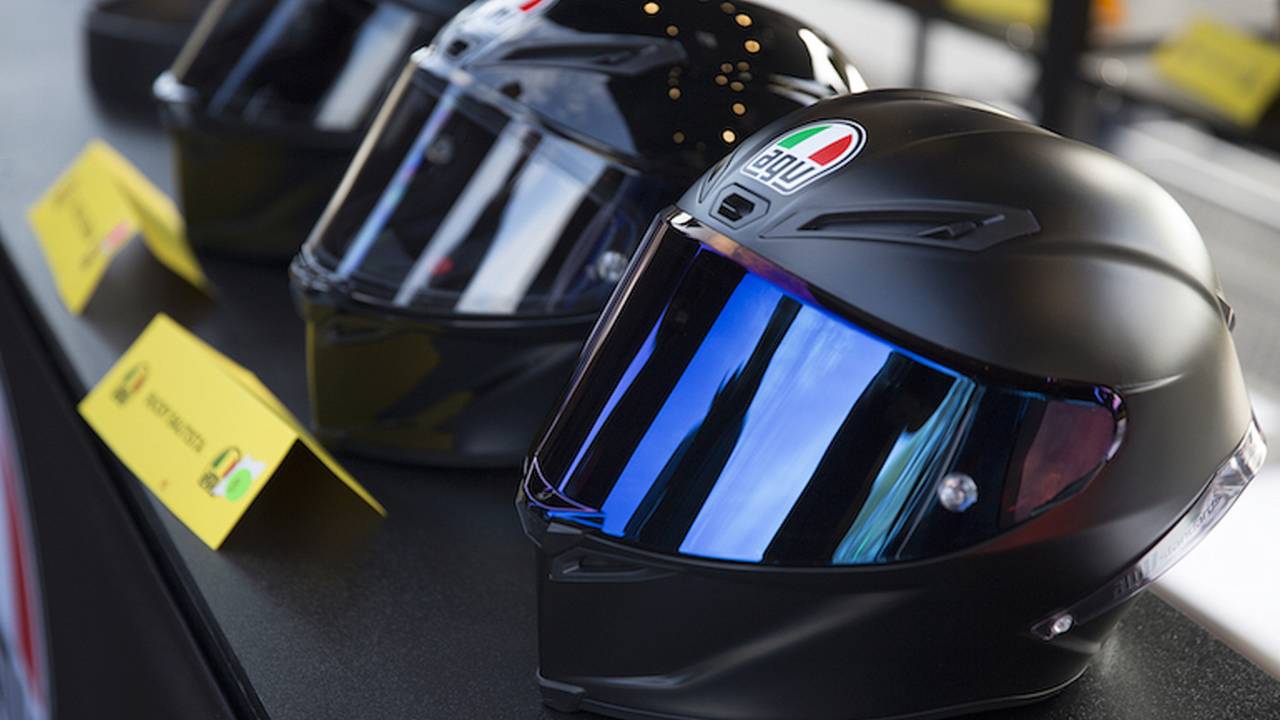 The AGV Corsa R is a top-tier (though not flagship, that would be the Pista GP R) road racing helmet that competes with the likes of the Arai Signet-X and Quantum-X, Shoei X-Fourteen, and Bell Race Star. While these units are all priced in the $650-850 range, the Corsa R price tag comes in at $999 for multi-colored units, and slightly less for solid colors.

The Corsa R outperforms these competing models in the weight, aerodynamics, and interior materials categories making up for a good portion of this price delta. However, the competition may have an edge on robust feel, casual comfort, and simplistic design. Regardless, the Corsa R is definitely an excellent helmet for trackday and sportbike uses, with features and improvements vastly surpassing the previous model. The all-new AGV Corsa R will be available beginning in February 2017. 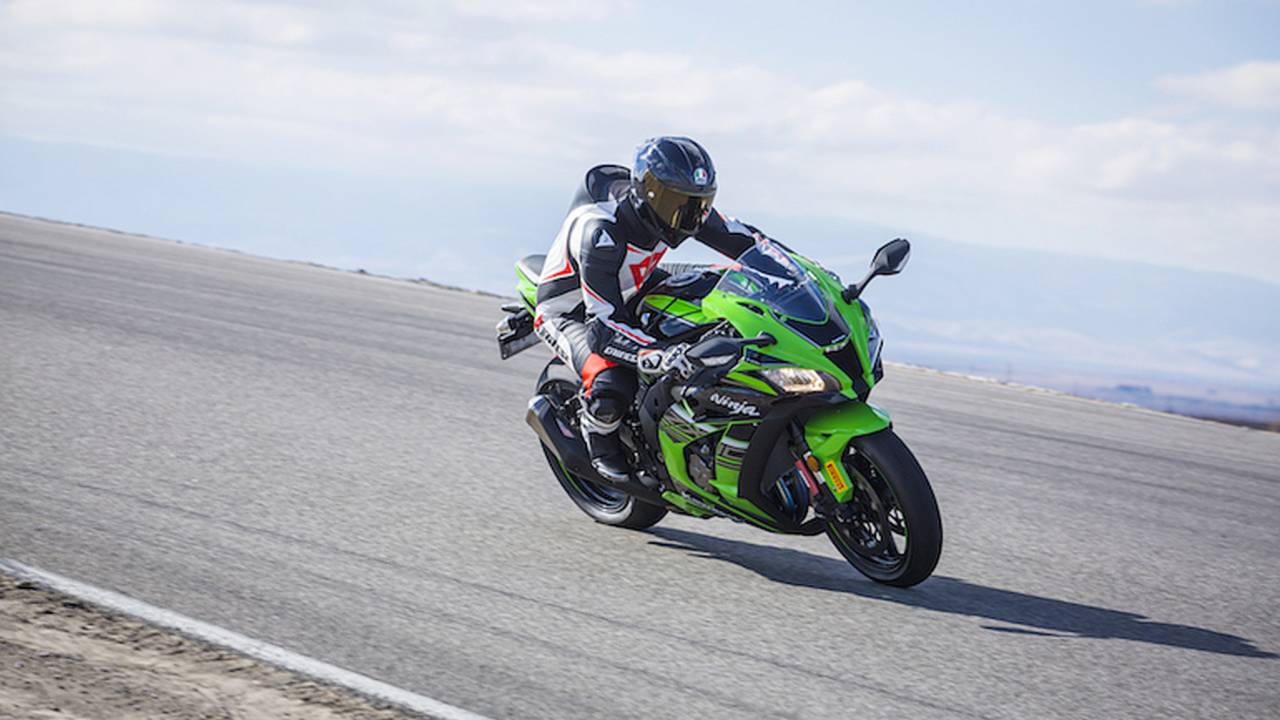