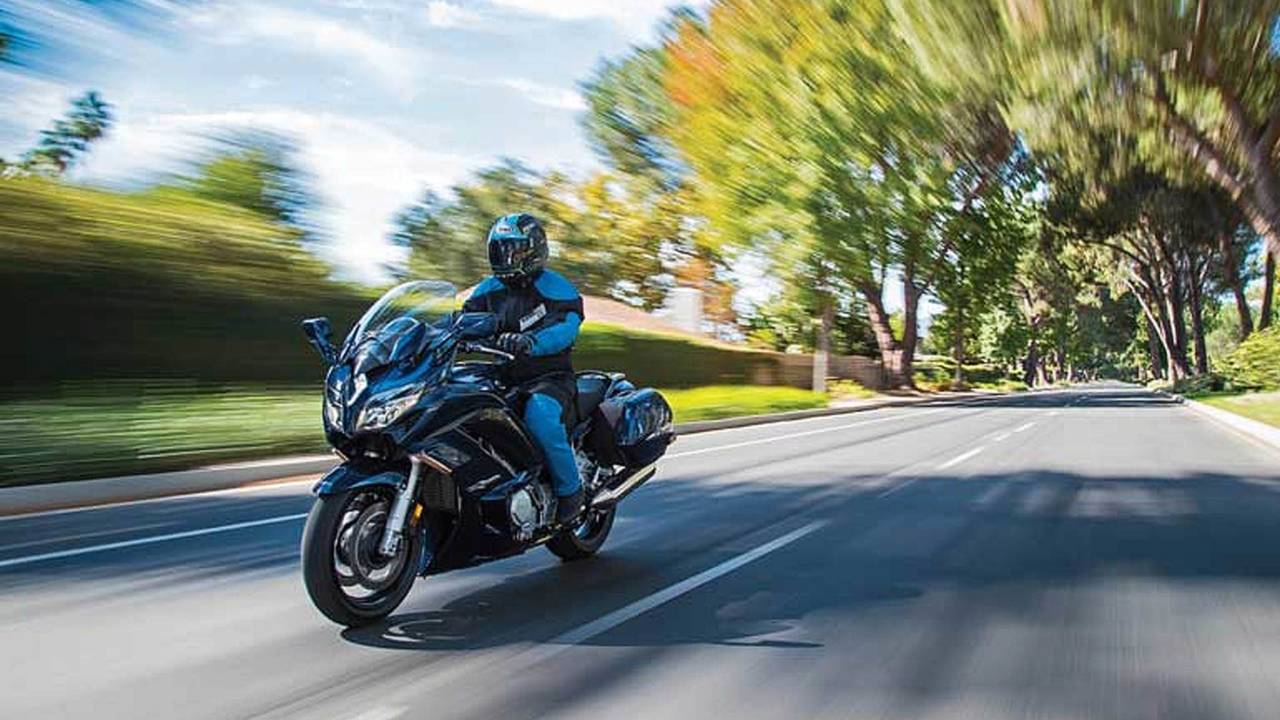 The Dunlop Roadsmart III combines excellent traction with amazing durability. It also maintains its level of traction as the tire goes through its wear cycle

Dunlop has recently launched its new Roadsmart III (RSIII) sport-touring tire, and we totally love it. The RSIII replaces the outgoing Sportmax Roadsmart II series tires that has proven to be a great design, so how much better is the III? According to Dunlop, the RSIII delivers traction that's close to sportbike tire performance, combined with the durability of a touring tire. That's a combination that's hard to come by. Dunlop is also keen to point out that the RSIII tires are designed so that traction, ride quality and handling don't drop-off as the tires age.

The new RSIII line-up is meant to be a strong and direct competitor to Michelin's Pilot Road 4 tires. Dunlop claims that the RSIII will not only last longer, but these new tires will also maintain its performance at a significantly higher level throughout its service life. Of course, we only had an opportunity to ride for a day, so we can only report on its initial ride quality at this point.

During the product briefing, the Dunlop folks informed us that the Roadsmart III tire's construction is optimized for longer wear along with better wet-weather performance, compared to the outgoing RSII series. The chemists that stirred up this latest concoction has apparently developed a new high-tech rubber compound that resists wear better while retaining its sportbike-like traction. Dunlop's Multi-Tread (MT) combination employs a longer wearing compound at the tread's center and high-adhesion compound to the lateral flanks for higher cornering grip during aggressive riding. The rear tire profile increases the footprint and improves mileage as well. An innovative new cross-groove tread pattern on the rear achieves better dispersal of water in wet conditions for improved grip in the rain. Additionally, new sidewall construction improves shock absorption and aids with handling performance too.

During the press launch we had a chance to ride several sport-touring models, including a BMW R 1200 RT, which is similar to the bike used for product testing by an independent test lab. This makes for a good comparison. We're also trying out a pair on one of our own bikes for longer term impressions, so stay tuned for that update in the coming months.

Dunlop held the press introduction in Southern California in February in order to avoid most of winter's wrath, but a heavy rainstorm had just passed through the region, leaving a considerable amount of water on the roads. In addition to the moist asphalt, the sand and gravel was strewn all across most of the roads that we followed through the otherwise epic canyons. This made for some challenging riding, but it also provided a wide variety of real-world conditions for us to experience in a short period of time.

The route took us for a day-long loop in the vicinity of coastal Malibu, including part of legendary Mulholland Highway and some mileage on the serpentine Highway 150. As you might expect, there were plenty of corners and elevation changes, along with some in-town riding and freeway fun-time. The day started with a chilly morning, but the RSIII tires warmed up quickly and provided confidence-inspiring traction right out of the gate. We encountered water several inches deep, which was running across the pavement, along with silt and gravel that was washed there by the rainfall. It is SoCal, so later that same day, the sun came out and created drier conditions for the second part of the event.

Throughout the ride, which included switchbacks and wet, slippery, off-camber decreasing-radius corners on steep downhill grades, the RSIIIs never lost their composure, and always managed to maintain plenty of grip. On the freeway, which has deep rain grooves, the tires tracked well and didn't “chase” the longitudinal lines in the road or feel “squirrely” like some tires do in those conditions. The channels in the tread seem to evacuate water rather well and overall tire performance was top notch. Owners of any sportbike rider which owns a motorcycle that isn't regularly ridden to its absolute limit may also consider swapping to these tires to get away from the rapid tire wear and frequent expensive replacements.

One of the problems with trying to spread the word about new tires quickly is that there's insufficient time to see how they wear. Although we haven't had enough time and distance to evaluate tread wear and long-term performance, independent tests performed by Texas Test Fleet found that the Dunlop Roadsmart III lasted over 12,000 miles, which was 3,000 miles more than the Michelin Pilot Road 4 GT. They also tested the Roadsmart III handling versus Michelin Pilot Road 4 and found that after 3,000 miles on each tire design, the Roadsmart III showed a significant performance edge in several categories, including wet and dry traction, steering response and compliance. The testing also revealed that the Roadsmart III held its performance superiority over its considerably longer lifespan. The testing compared the RSIII to the Michelin Pilot Road 4 GT tire in sizes 120/70ZR17 and 180/55ZR17 on a BMW R 1200 RT.