Dainese and AGV Partner with Sky Racing Team VR46 for 2018 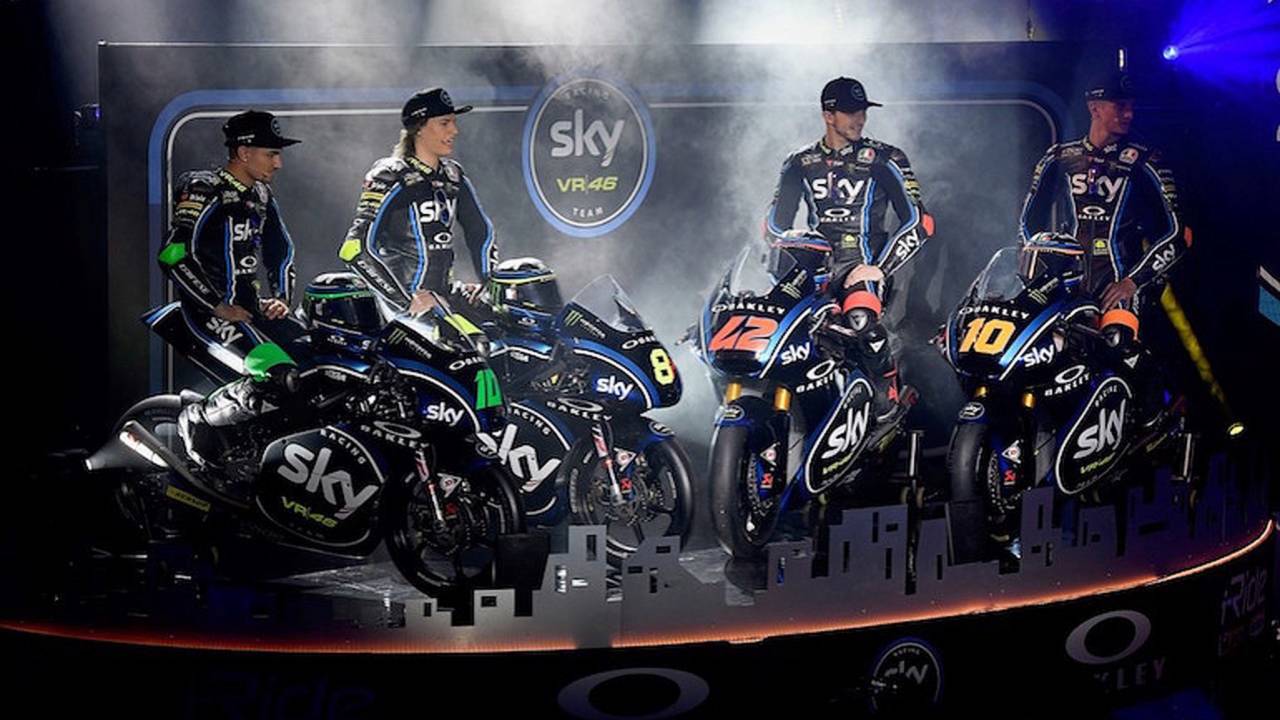 Rossi’s team of Moto2 and Moto3 riders partners with the iconic Italian race gear company for the upcoming 2018 season.

Rossi’s team of Moto2 and Moto3 riders partners with the iconic Italian race gear company for the upcoming 2018 season.

For as long as I’ve been following racing, there has always been strong ties between Valentino Rossi and Dainese. The nine-time world champion loves his Dainese gear, and is always geared-up from head to toe in offerings from the Italian gear purveyor. Because AGV Helmets is owned by Dainese, it’s unsurprising that sponsorship from one seldom comes without the other. With that in mind, it couldn’t have raised many eyebrows when Dainese and the Sky Racing VR46 Team recently announced the two outfits would be partnering up yet again in 2018 for the fifth consecutive season in a row now that airbag-suits are mandatory in all three classes.

CHECK OUT: New Dainese Settantadue Line is All Kinds of Sexy

Fittingly, the Italian companies will be backing an all-Italian squad in 2018, with Francesco Bagnaia, Luca Marini, Nicolò Bulega, and Dennis Foggia competing in the Moto2 and Moto3 classes. The four riders will all be decked out in the latest and greatest offerings from Dainese and AGV, including the new high-end, racing flagship lid, the Pista GP R (which makes me, as an AGV Corsa owner, a bit jealous), and Dainese’s ulltra-trick D-Air 3D airbag system.

“It is with great enthusiasm that Dainese and AGV renew this important collaboration with Sky Racing Team VR46,” said Marco Pastore, Racing Director for the Dainese Group. “It will be an important season, also because of the introduction of mandatory airbag systems across all of the World Championship categories. Dainese was the first to develop and introduce highly innovative D-air® technology, enabling our riders to move ever closer to their limits, in maximum safety. This is just one more reason to proudly support these young talents, the real promise for the future of motorcycling following on the heels of Valentino Rossi, a career-long Dainese and AGV rider.”

CHECK OUT: All Abuzz About Electric MotoGP

The 2018 season kicks off on March, 18 with the opening round—the Qatar Grand Prix—under the lights of the amoeba-shaped Losail International Circuit.