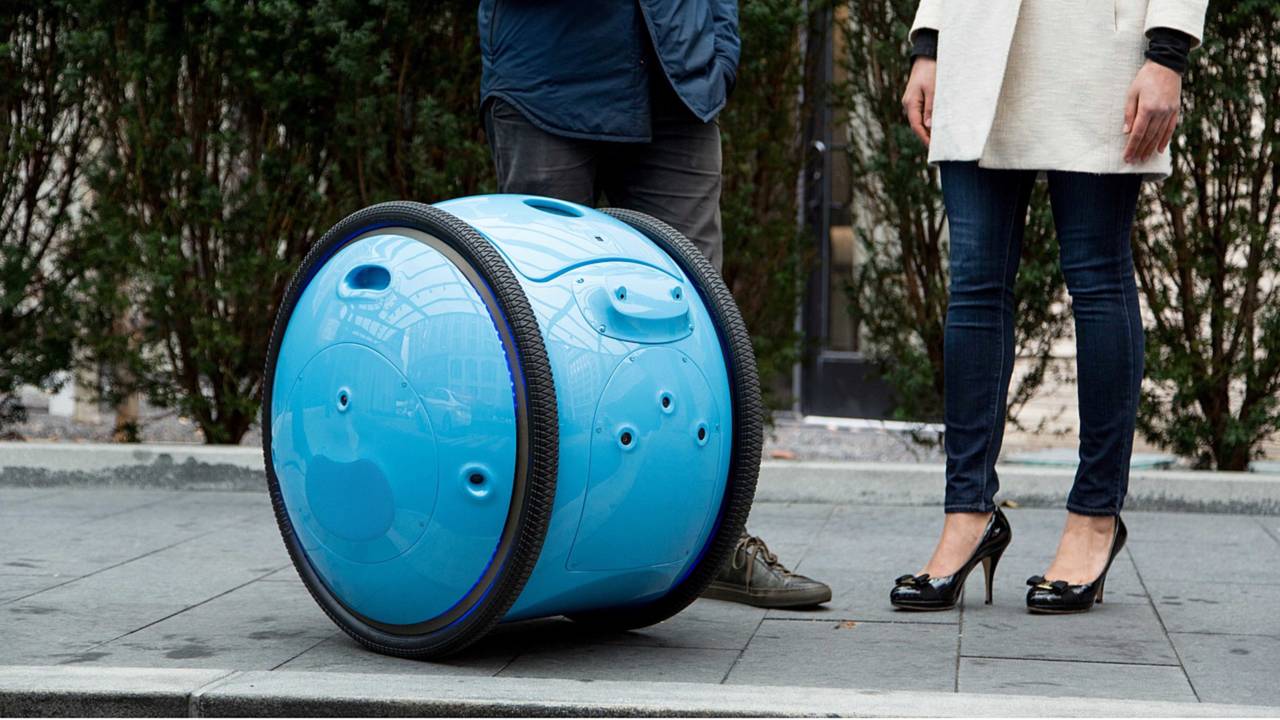 If you love walking but hate carrying your entire life in a bag with you, the Piaggio Gita will gladly haul your stuff and follow you around.

If you love walking but hate carrying your entire life in a bag, Gita could be the answer to your problem

Between laptops, laptop-sized smartphones, wallets, headphones, car keys, house keys, water bottle, lunch… the list of more and less useful stuff we have to carry around is ever growing. No wonder purses are getting bigger and fashion is dictating men that they too should consider taking up the habit of carrying a bag—or what I like to call a murse, or man purse. But walking while carrying your own bags is so 2018. For Piaggio, maker of the legendary Vespa, the future is bag-free.

Say hello to your new personal assistant, Gita, an autonomous robot meant to follow you around and carry your bags. The Italian maker’s American division, Piaggio Fast Forward, designed the Star Wars-looking robot to relieve pedestrians of up to 44 pounds of dead weight. Gita is equipped with a compartment the size of a wine case—for those extra hard Fridays—and will gladly follow you around to your destination.

Fitted with cameras, little colorful Gita tracks your legs to follow you and even learns the routes along the way. The maker even promotes its “personality”, expressed through a range of color-changing LED lights.

The robot looks like a drum mounted on two wheels. It will face virtually any surface and road your commute by foot takes you on. Storage is always kept upright so your stuff won’t be tumbling its way down the street and the robot activates from the touch of a big round button on the top—sadly not red.

YOUR NEW RIDE?: Mega Hub is the Shed-Built Electric Unicycle We Need

The color scheme is reminiscent of the maker’s most famous product, the très European moped Vespa and its retro pallet of desaturated colors. No pricing has been announced yet, but testing is underway and the maker plans on releasing a few in the wild going to offices and construction sites starting in 2019. If this isn’t how the Terminator storyline starts, I don’t know what is. We might want to check if there's a Sarah Connor in the phonebook.