The German company wants to accelerate production and availability in other markets.

You may have heard of eROCKIT before, as the German company specializing in pedal-assist electric bikes has been showcasing its products since 2019. eROCKIT AG, the firm's parent company, has acquired 100 percent of eROCKIT Systems GmbH, and has begun issuing shares in a first public offering. Given the recent development, the company seeks to ramp up production, as well as establish sales structures in key markets.

Commenting on ramping up production and availability in multiple markets, eROCKIT AG Chairman Andreas Zurwehme said in a report published by The PACK: "The climate targets and the increasing worldwide bans on vehicles with internal combustion engines offer an unprecedented opportunity for new players in the market. The legal form of a stock corporation is ideal for accepting further investors on the capital market and meeting the high demand more quickly.”

Richard Gaul, the former head of communications at BMW, is on the eROCKIT AG supervisory board, which adds to the seriousness of eROCKIT's expansion plans. He had this to say about the potential eROCKIT holds in transforming mobility all over the world: “The eROCKIT is probably one of the most important breakthrough innovations in the field of two-wheelers. As an emission-free top product ‘Made in Germany’, it is able to solve global urban mobility problems. The very special is the so called human hybrid technology, which can also be used in other markets.”

Markus Leder, who previously worked at Pininfarina as the head of development, is in charge of production and quality control. Max Kruse, renowned professional German football player, media entrepreneur Aaron Troschke, and the German investment business Mittelstaendische Beteiligungsgesellschaft Berlin-Brandenburg (don't ask me how it's pronounced) are among the company's prominent shareholders. eROCKIT AG is already accepting new investors and plans to list on a stock exchange later this year. 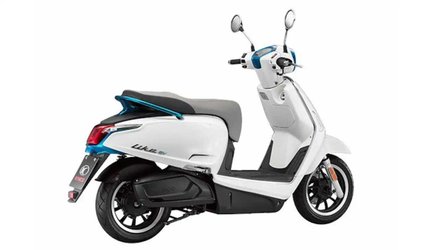 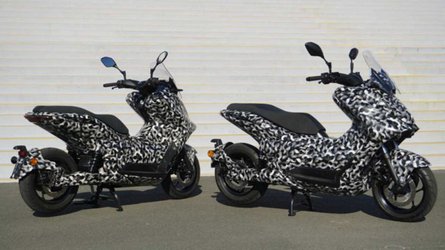 The Yamaha E01 Electric Scooter Has Been Spied Testing