Sometimes, the project tells you what it's going to be.

Ah, the thrill of browsing the bike classifieds. Sometimes, you do it just to take a look at what’s out there. Other times, you’re on a mission to find your next project. You know, the kind where half the fun is not knowing what you’ll find, but having a solid feeling you’ll know it when you see it. Maybe it’s one of your dream bikes—and maybe you’re willing to overlook a few red flags in order to get it into your hands at last. Folks, this is a Honda CBX engine—and unfortunately, it’s seized.

Brick House Builds is a custom shop that posts videos from its restorations on its YouTube channel—and owner BJ’s CBX story is one that will probably sound familiar to some of you. After all, we all have dream bikes, don’t we? Maybe even more than one—but the point is, if you find what seems like a super sweet deal on one of those dream bikes, it’s probably just a little too easy to talk yourself into buying it, no matter what.

This is the third video in BHB’s CBX series, and it appears that’s pretty much exactly what happened here. The deal was too good to pass up, and although BJ knew somewhere in the back of his mind that there was probably a reason, the heart wants what it wants and that CBX went home with him. (I mean, at the very least, he’s getting some great content for his YouTube channel out of this bike, so that has to count for something, doesn’t it?)

Back From The Edge: 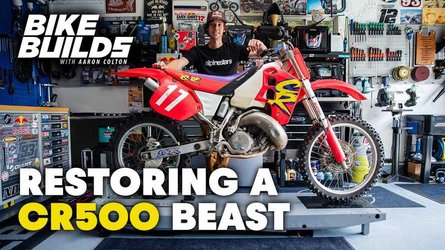 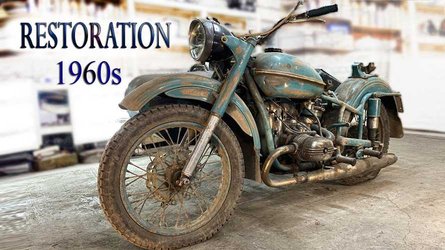 Here's How A Mad Scientist Restores A Vintage Ural

Previous owners can be the bane of any bike lover’s existence. When you start finding random, unexplained chunks of metal, broken screwdriver tips, and carburetor screws that somehow got their heads smashed into a taco shape inside the engine, you’ll probably have no choice but to ask yourself what you’ve done.

While this video offers an interesting glimpse inside a CBX engine for the curious, it also did something else here. When you’re faced with a bike project that’s a little more than you bargained for going in, you have two choices. You could sell it on to the next person and let them worry about it—or you could rise to the challenge, take the thing apart, and restore it from the ground up.

Guess which option BJ chose? He built a special engine stand for it to facilitate both taking it apart and moving it around his limited space more easily, and then proceeded to take the entire thing apart for a thorough inspection and rebuild. While that means we viewers won’t get to see the whole thing come together super quickly, that’s not really the point with something like this. Sometimes, you just have to take your time, wait for parts, and do it right. We can’t wait to see how this CBX build turns out.