Tired Of Your Vespa? Consider This 1965 Express Kavalier

Its nickname is the “Tin Banana.”

It’s not too often that you get to see something like this for sale. Here’s another interesting model called the Express Kavalier.

Classified as a moped, the bike was is a 1965 year model, and it was manufactured by Zweirad Union located in Nürnberg, Germany. The US market received this bike under the express nameplate, and it’s also nicknamed the “Tin Banana” thanks to its steel-pressed curves.

Refurbished under its previous ownership, the bike is finished in pearl white with brown, gold, and chrome accents. The red two-up seat adds a pop of color. The owner kept the bike for quite some time, acquiring it in 1990, and keeping it all the way into 2021. The bike spent four years on display at the seller’s vintage motorcycle cafe, and it hasn’t been ridden in quite some time. The bike’s spent most of its days being wheeled around since the seller emptied out all its fluids prior to displaying it at his cafe.

On the topic of its engine, it’s immaculately finished in chrome and features a displacement of 48ccs. It’s also two-stroke, fan-cooled and there’s a sweet chrome shroud that gives it a very interesting look—unlike most bikes I’ve seen in the past. A Bing carburetor flows the fuel into the combustion chamber, and it helps the motorcycle produce a whopping two horsepower, at least when it was new. All its energy would have coursed through its three-speed transmission if it actually had fluids to run with.

The bike’s also been recognized at the 2020 Boca Raton Courous d’Elegance that happened last February. It won best in its class.

As for its price, the for-sale listing is relatively new and is expected to end on November 30, 2021, so the highest bid at the moment is $5,500. It’s not impossible for the auction to hit five figures, however, at least according to CataWiki’s recommendation on a closed auction. 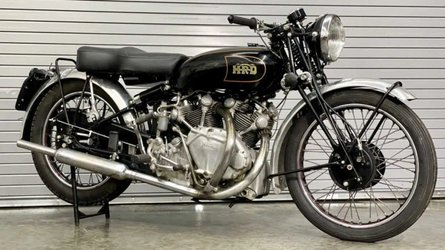 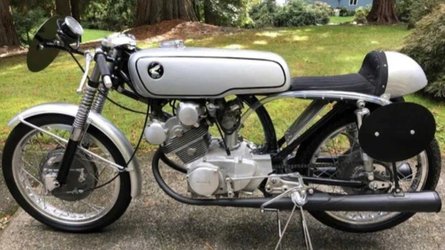 One Of About 200 Race Version Honda CR93s Is On Sale