Tentatively named the GV300SA for now.

Unveiled at the largest trade fair in China last October 2021, Hyosung is adding another model to its lineup in the form of the “GV300SA,” a tentative name for its 300cc V-Twin Bobber.

Similarly-styled and specced models that could compete with the new Hyosung could include the likes of the Royal Enfield Meteor 350. That cruiser, however, comes with a thumper of an engine. The GV300S was announced for the European market back in 2020, but this looks like 2022 could see another variation of the GV series.

As part of the GV series, the new addition will join the GV125S Bobber’s family of models. Hyosung essentially spun off the GV300S model. Yahoo Japan and Young Machine both reported that neither the GV300S nor the new model is not available in their country, though it’s not out of line for the tandem to make a two-for-one launch.

As for the specifications of the GV300S and “GV300SA,” markets that get this model will be treated to a 60-degree V-Twin engine with an exact displacement figure of 296ccs. The model makes 29 horses and it’s mated to a six-speed manual transmission. Damping duties are handled by a set of KYB inverted front forks with a tube diameter of 51 millimeters. The bike also rolls on tubeless tires, and it also gets up to five colors, Magic Yellow, Pearl Black, Rose Red, Ole Silver, and Caribbean Blue.

Yahoo Japan was able to get a word out of KR Motors, the distributor of Hyosung, and the brand stated that “[they] will inform [them] as soon as it is decided.”

It looks like there’s much anticipation for a low-displacement cruiser with a very novel engine configuration for the displacement category. Europe could get the new model right after the East gets acquainted, probably.

More Hyosung For You: 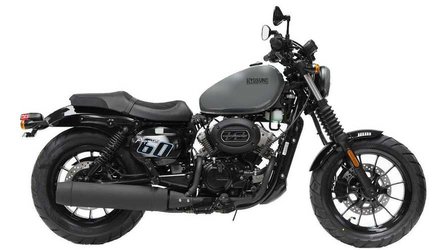 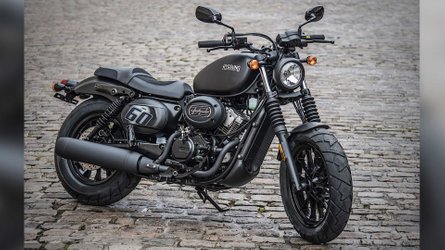