A pilot program will introduce swappable batteries and scoots to local riders.

To say that Gogoro has been having an extremely big year in 2021 is kind of an understatement. The battery swapping, electric scooter tech company is based in Taiwan but has set its sights on touching the world’s biggest two-wheeler markets. After inking deals in India and China, as well as announcing that it would go public on NASDAQ in early 2022, what other big deals could it fit into a single year?

Back during the NASDAQ announcement at the end of September, Gogoro CEO Horace Luke talked about wanting to get into Southeast Asia. Outside of India and China, that’s the next most major two-wheeler market in the world at the moment. At the time, Indonesian ride-hailing app Gojek’s parent company, GoTo, was announced as one of the major investors in Gogoro’s private investment in public equity (PIPE) program, which is helping to make Gogoro’s NASDAQ debut next year possible.

On November 2, 2021, Gogoro and Gojek officially announced their plan to electrify two-wheeled transportation across Indonesia. If you’ll recall, back in May, 2021, Gojek announced its plan to become completely electric and sustainable by 2030. At the time, it didn’t offer specifics as to how it planned to achieve this goal, but it was pretty easy to see the story was far from over. Now another piece is slotting into place. 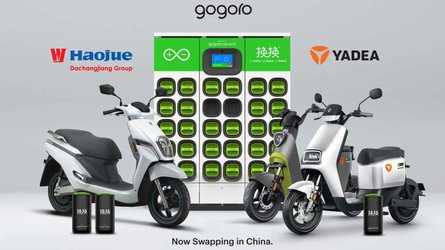 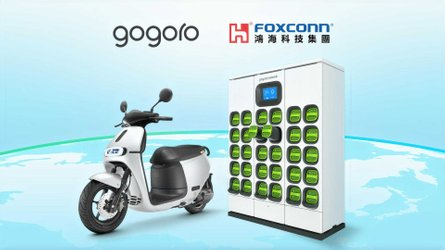 Indonesian state-owned gas company Pertamina is also a key part of the partnership between Gogoro and Gojek. Here’s the plan from Gogoro and Gojek. First, the two will roll out a pilot program in Jakarta, which will consist of 250 Gogoro Smartscooters and four GoStation battery swapping stations. Each of the stations will be located at a Pertamina gas station location for easy access. The current plan is to scale that pilot program up to 5,000 scooters, with additional GoStations at Pertamina locations as the need arises.

“One of the greatest challenges of our time, in Indonesia and around the world, is transforming our urban transportation into a new generation of smart and sustainable electric two-wheel vehicles that are accessible and people can embrace. Together with Gojek, and the Indonesian government’s support, we are on a path to making this happen,” Gogoro CEO and founder Horace Luke said in a statement.

“Gogoro battery swapping is a new generation of electric fueling that provides an open platform for two-wheel vehicle makers to introduce new electric vehicles that enable fast, safe and easy to use refueling,” Luke concluded.

“The partnership between Gojek and Gogoro brings together two like-minded companies that are dedicated to making smart electric transportation the norm throughout Indonesia. Such an ambition can only be achieved if multiple stakeholders work together, so partnerships like this are essential if we are to meet our goals to re-imagine intra-city transport” Gojek co-founder and CEO Kevin Aluwi said in a statement.

“By combining Gojek’s wide reach in Indonesia with Gogoro’s capabilities, we will be able to accelerate change and share the benefits of electric vehicles with more driver-partners and consumers. This represents a significant step towards our goal of fully electrifying our fleet of vehicles by 2030 and achieving a zero-emissions future,” Aluwi concluded.