And it's all out of bubblegum.

On October 28, 2021, Ducati unveiled the long-awaited Multistrada V4 Pikes Peak. If you’re a rider who wants extra sportiness in your sport-touring machine, then this may just be the bike for you. It’s aimed squarely at riders who want to carve up mountain passes and racetracks with equal aplomb, so if that’s you, read on.

At first, you might see the Desmosedici GP ’21-derived livery and think it’s an awfully bold claim for a Multistrada to make. Luckily, though, this bike comes with the chops to back it up. Essentially, the Pikes Peak variation takes the sportier elements of the Multistrada V4 S and amps it up to a whole new level.

The 1158cc V4 Granturismo engine makes a claimed 170 horsepower and maximum torque of 92.2 lb-ft at 8,750 rpm. Electronic racing strategy tweaks allow faster gear shifting with use of the quickshifter, both up and down. You also get a full suite of electronic rider aids, including power modes, cornering ABS, Ducati traction control and wheelie control, vehicle hold control, and radar-assisted blind spot detection and adaptive cruise control.

Let’s talk chassis dimensions, because the Pikes Peak offers some differences as compared to other members of the Multistrada family. Rake is now 1.25 degrees greater than the standard Multistrada V4, while trail is 0.019 inches greater and wheelbase geometry is 0.0011 inches greater. According to Ducati, these minute changes strike just the right balance between enhanced sportiness and the comfort that Multistrada riders expect out of these bikes. Curb weight on the V4 Pikes Peak is listed as 527 pounds.

Going fast and carving up every road and track you see is great, but how are you going to do that confidently without a set of great brakes on your bike? Ducati, naturally, took inspiration directly from the Panigale V4 and Multistrada V4 S to create a strong braking solution. Up front, you have dual 330mm brake discs with Brembo Stylema monobloc calipers. In the rear, it’s a 265mm disc with a single Brembo floating caliper. 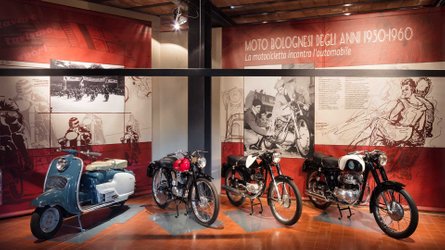 Ducati Among Italian OEMs On Display At Bologna Industrial Museum 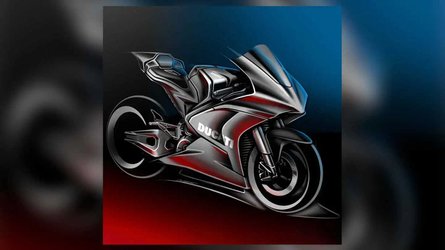 Ducati To Replace Energica As MotoE’s Sole Manufacturer In 2023

Other modern bike conveniences you’d expect from a premium bike like this in 2021 are, of course, present and accounted for. The Multistrada V4 Pikes Peak gets full LED lighting all around, complete with daytime running lights and cornering lights up front. The Ducati Brake Light function in the rear starts flashing immediately if it detects sudden braking from the rider.

Self-cancelling turn signals also come standard, as does the hands-free ignition via a Ducati electronic fob you can tuck away in your pocket while riding. A 6.5-inch TFT dash with optical bonding technology ensures you can see it clearly, whatever the ambient lighting conditions are like. You want carbon fiber? You got it, on both the beak and the front mudguard. Huzzah!