In 2018, Royal Enfield ventured into the small-capacity ADV with the Himalayan. Favoring accessibility and classic styling, the model attracted newer riders and budding adventurers to the Indian marque. The Himalayan’s mix of simplicity and versatility suited both trail explorers and city slickers, but Royal Enfield wanted to equip the 2022 Himalayan to handle everything between those two destinations.

Now featuring the brand’s new Tripper navigation pod, the updated adventure bike is more touring-oriented than ever. Based on the Google Maps Platform, the system syncs with Royal Enfield’s smartphone app, delivering turn-by-turn directions both on and off-road. With Tripper navigation, the Himalayan earns a new Sherpa in 2022, but there’s more to touring than just knowing the way.

To further improve the entry-level ADV’s touring chops, Royal Enfield also redesigned the cockpit for optimal comfort. New seat cushioning keeps riders in the saddle all day long while the revised windscreen protects against the elements and wind fatigue. Enfield also increased legroom by adjusting the slimmer front rack for a more spacious cockpit. The 2022 Himalayan also touts a shorter rear carrier so more folks can easily throw a leg over the bike. An additional carrier plate eases the packing down process as well.

While Royal Enfield transformed the Himalayan with comfort and convenience, the same air-cooled, SOHC, 411cc single powers the adventurer to 24.3 horsepower and 23.6 lb-ft of torque. The utilitarian yet timeless design remains as well, but new Granite Black, Mirage Silver, and Pine Green colorways will join the existing Rock Red, Lake Blue and Gravel Grey paint schemes.

At $5,299, the new ergonomics and Tripper navigation only modestly increase the MSRP over the 2021 model ($4,999). The Himalayan has been a popular model since its 2018 introduction, but the new updates are sure to attract even more adventure-touring riders when it hits showrooms in November, 2021. 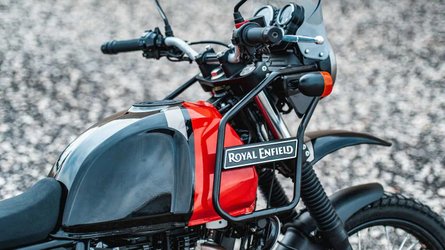 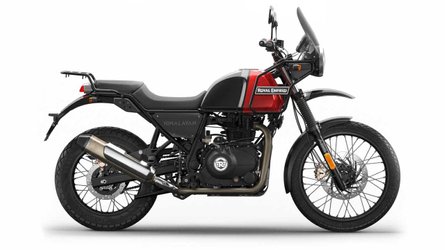