Yet another rare pairing.

Here’s yet another head-turning piece of history that you can add to your garage. Listed on Bring a Trailer, this BMW R51/3 comes straight from 1953, and it has a Steib Sidecar attached.

The seller is based in California, and the unit was acquired back in 2016. After going under the knife for a two-year refurbishment plan, a Steib sidecar was attached along with a slew of other repairs and fixes that made the bike what it is today.

Finished in black with white pinstriping, the paint appears to be in good condition, but in need of a slight polish, either that or the camera the seller used to capture its classic glory. The other refurbishing tasks completed by the seller include a replacement 494cc OHV opposed-twin mated to a four-speed manual transmission with a shaft drive.

The seller reports that the engine features higher compression ratio pistons and hardened valve seats. The engine is also overhauled and has undergone an oil change in the spring of 2021.

Commanding an auction price of $8,500 USD, the bike is pretty affordable for such a rare item, however, it does have a bit of rust which is visible on the rim of the sidecar. On top of that, one of the spokes of the sidecar’s wheel is broken, so there’s that.

The bike ran a total of 19,000 miles or 30,000 kilometers as indicated on the analog odometer, but the total mileage is unknown. The seller was also able to ride the bike about a thousand miles, contributing around 1,600 kilometers to the clock.

Again, the trike is available for $8,500 USD, which is not a bad price considering the history of BMWs with Steib sidecars. It’s not every day that you will see something this old plying the highways of your municipality, let alone one with a sidecar to match. The auction ends on Thursday, September 16, 2021. If I were you, and if you’re into these sort of rides, pen an offer in. Some Steibs alone can fetch around the same price as this package.

Side Stories For The Sidecar: 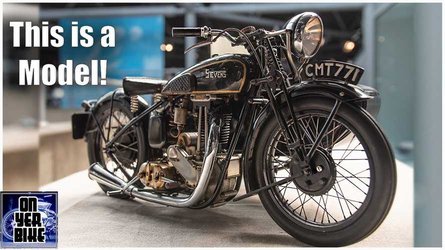 This 1951 Stevens LP5 With Sidecar Is An Insanely Intricate Model 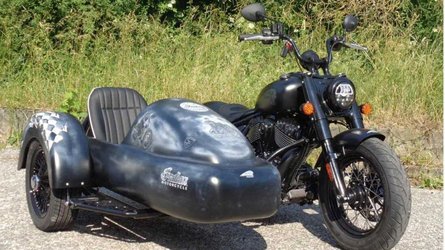