Until countries establish robust alternative energy infrastructures, a vehicle’s range will be top of mind for consumers. While many electric cars in 2021 are nearing 400-mile ranges, motorcycles and scooters rarely net more than 200 miles. electric design and innovation firm Mob-ion believes its TGT electric-hydrogen hybrid scooter can change all that though. 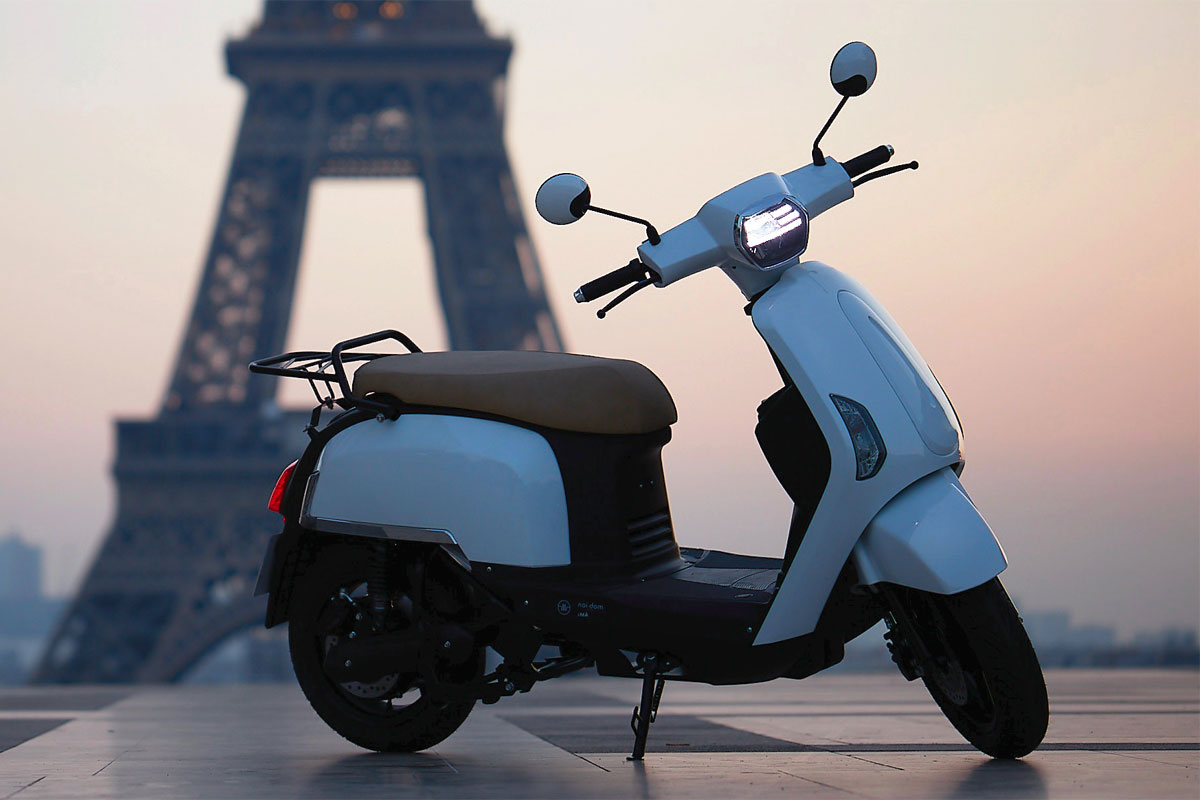 Mob-ion will offer the TGT with a 3 kW (4 horsepower) motor or a 6 kW (8 horsepower) variant. Customers can also choose between a 10 kWh Lithium Iron Phosphate (LFP) battery or a 16 kWh Nickel/Manganese/Cobalt (NMC) unit. The LFP battery achieves 93 miles while powering the 6-kW motor and 155 miles with the 3-kW version. The NMC battery, on the other hand, reaches 155 miles with the larger motor and 248 miles on the smaller mill.

An acronym for Très Grands Trajets (Very Long Journeys), the TGT earns its name from that 248-mile maximum range. The denser batteries not only extend individual trips but doubles Mob-ion's four-year warranty to eight years. Perfect for city commuters or delivery drivers, the TGT will also feature an accident detection system and GPS navigation.

The company will produce the TGT in France and plans to roll out the -electric scooter by the end of 2021. Mob-ion LFP-equipped TGT will start from €5,800 ($6,858 USD) while the base trim NMC long-range model will go for €9,800 ($11,586 USD). Yes, electric scooters and motorcycles have a long way to go before they catch electric cars, but the Mob-ion TFT is certainly a step in the right direction.